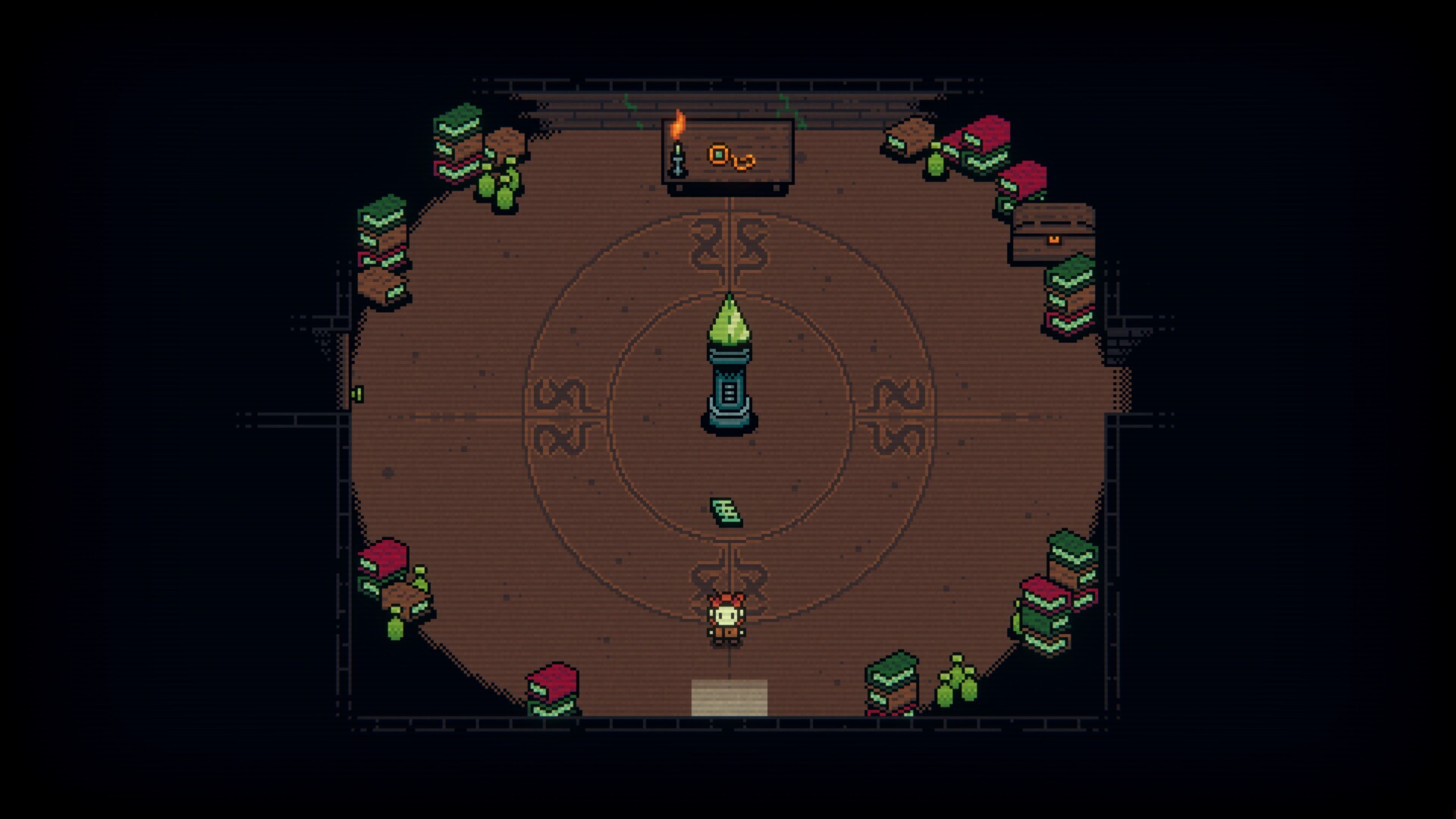 The Mage Tower of Magnificus is located at the bottom-left corner of the map, but you need to defeat Grimora and Leshy first to gain access to it. If you meet the requirements, you can cross the bridge and enter the structure. Here’s our Inscryption boss guide on how you can solve the Mage Tower puzzles, beat Magnificus, and complete Act 2.

Note: For more information, check out our Inscryption guides and features hub.

For the sake of clarity, this guide assumes that you’ve also defeated P03 in the Robot Factory, which means Magnificus is the last Scrybe boss remaining in Act 2 of Inscryption.

On the first floor of the Mage Tower, you should see a monocle on the desk (seen in the featured image). Grab it and read the torn page on the floor. You’ll see light blue sigils painted on the textbox. Interact with the pillar and input this sequence in order from top to bottom: Skull, Wing, Skull. You’ll be teleported to an astral realm to fight one of Magnificus’ minions. This is basically how this dungeon would go: check for sigil clues, interact with the pillar, defeat the minion, and move to the next floor.

Anyway, your opponents here use the Mage-type deck, which means most cards rely on Mox (magic crystals). They’ll buff cards that match colors, and they can even add additional Mox, too. On the second floor, you’ll fight the training dummy. It won’t even deal damage to you, but its cards will have painted sigils. You can input this code on the pillar: Skull, Arm, Wing.

Note: Before completing this puzzle, you might want to use the training dummy to farm a ton of Foil currency and power up the Ouroboros card. The card itself will be useful in future battles and across multiple runs. Likewise, having a lot of Foil currency will help you obtain the Mycologist Key and Bone Lord Key. On the third floor, you’ll want to do the following: On the fourth floor, you can go to the room off to the side. Assuming you clicked on the fish fin at the Pier, then its counterpart can be found in the tub in this room.

Click this to obtain the Great Kraken card – 1/1; 1 blood; submerges when it’s your opponent’s turn; causes opposing creature to attack your foe when it’s submerged. As for the Magnificus boss fight in Inscryption, you can click on the Christmas tree to start the bout. The boss’ gimmick is painting different sigils on any cards you draw. Some of these are reliant on Mox crystals and, if you’re not using a lot of Mage-type cards, then the sigils are basically worthless.

Likewise, Magnificus has the Magnus Mox card – 0/9; provides a blue, green, and orange gem each turn while it’s on the board. You need to take it out quickly or most of his creatures will gain buffs. 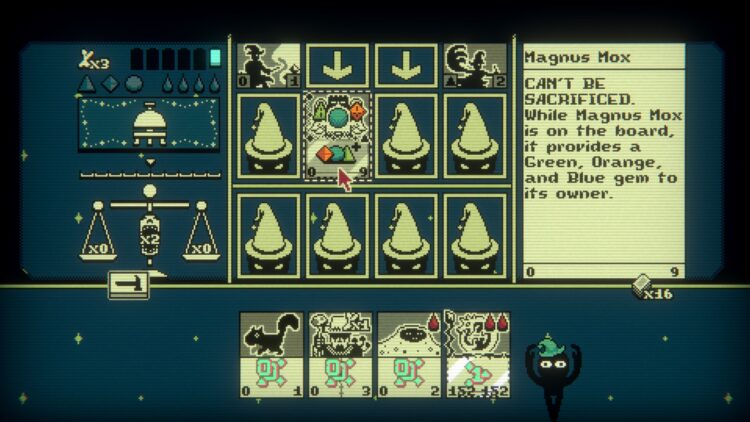 This time, Magnificus will change the sigils of his own cards (akin to the ones that yours have). Funnily enough, I drew a boosted Ouroboros with 150+ ATK early in the fight. It made the whole thing trivial, causing phase 2 to end in a single turn. What’s next after beating Magnificus?

Assuming you’ve found every secret and farmed all there is to farm, you can return to the central island with the altars. Here, you’ll be asked to select the Scrybe that you’ll replace. As I understand it, it won’t matter which entity you choose. That’s because P03 will pop up and take charge. 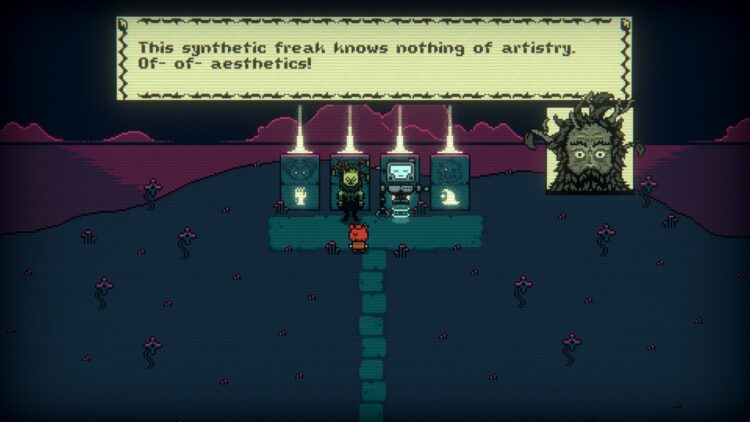 A key factor in this fight to beat the final boss in Act 2 is the Glitch card. It, uh, looks like a glitch, and it’s got a 0/99 stat line. To be honest, I’m not sure if you’re supposed to lose this battle. In my case, I got two Mantis God cards very early. I sacrificed fodder and plopped them both down. With the Trifurcate Strike sigils, they quickly took care of P03.

With the fight over, the screen will also glitch out. It seems that P03 has taken control of Inscryption (another meta moment). You awaken in Botopia, which looks somewhat similar to the Cabin. I guess we’re continuing our journey in Act 3. Inscryption boss guide: How to beat P03 in Act 2