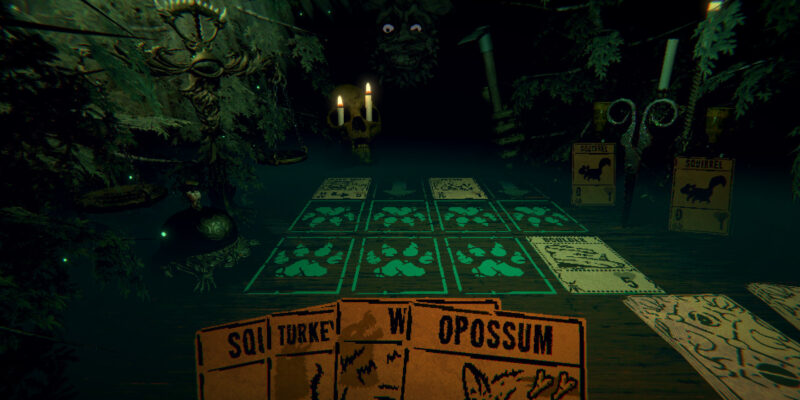 Inscryption is an odd demon of game; a blend of different genres that come together for a bizarre, unique experience. Devolver Digital, the game’s publisher, is well-known at this point for genre-bending indies. Inscryption mostly hits all the right notes, with an addicting core and tons of replayability. Coupled with an ominous, psycho-horror vibe and intriguing lore, this game seemed like it was etching out a permanent spot in my library. Unfortunately, Inscryption leans too much into its quirkiness as you delve deeper and deeper into the game. It’s potentially a case of misplaced expectations on my part, but Inscryption abandons a lot of what makes the game replayable to double-down on its intriguing aspects, and its twist of an ending.

Inscryption, for the majority of gameplay, is a strategy card game with roguelike elements. The actual game itself is easy to pick up and play. You place your cards onto the game board in front of you, each with a different amount of attack power and health. If the space in front of your card has an enemy card, you damage that card. But, if the space in front of your card is empty, you damage the opponent. The objective of the game is to deal enough damage to the opponent to win. It’s simple but effective, with the ability to customize your cards in lots of fun ways. Bringing different power-ups, items, and even a fun escape room element, Inscryption is a game with unique potential.

Each card has a different cost, requiring you to sacrifice the “life” of another card. For instance, to place a card with a cost of one blood droplet on the board, you must delete one of your cards. Some cards require bones, which are created by destroying your cards. Cards also have a unique “sigil,” which can grant special abilities depending on what sigil it is. A “Flying” sigil, for example, skips over the enemy card and directly damages the opponent. But, a sigil exists to counter that, which blocks any cards that fly altogether. It’s a unique system, accompanied by tons of potential customization to create powerful cards. 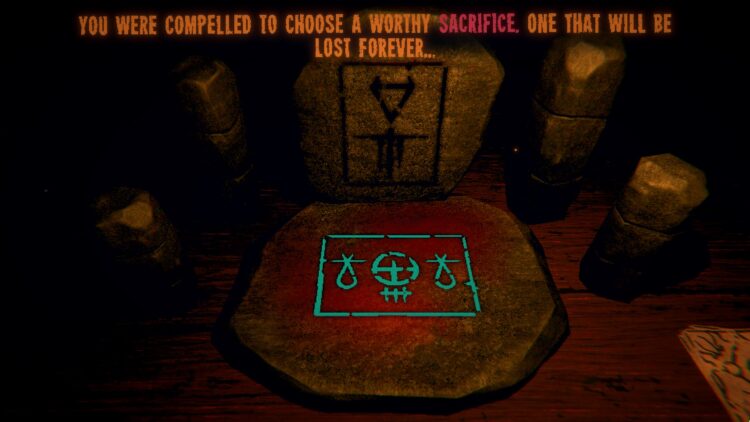 But, Inscryption isn’t satisfied with just being unique. And the game is very much unique, combining tons of different card classes with a bunch of puzzles to solve on the side, even adding a blend of psychological horror. However, Inscryption is extremely in love with its lore, an odd, mostly nonsense story that never stuck its landing. During the second half of the game, it feels like Inscryption lets its story sink its own ship.

Some of the game’s best customization comes with “deathcards.” Deathcards are cards you can obtain after every death you take, granting you the ability to create an ultimate, overpowered card. You can combine the attack power, health, cost, and sigils of a card. The potential for sharing this level of customization excited me. I turned to the game’s Reddit to see players enjoying the demo, creating their own ultimate deathcards. I even saw a post of a player sinking 50+ hours into the demo, just to create an absolute monstrosity of a card. Unfortunately, you wouldn’t be able to use the monstrosity for nearly half of the game.

The elephant in the room

As integral as many of Inscryption‘s mechanics seemed to be, they can be dropped on a dime. Deathcards are abandoned at a point, and so too are many customizations that made the core game so fun. A big part of the game is the twist “ending,” which is not something I’d like to delve deep into in this review. After all, a twist is a twist for a reason, and it’s no fun to have something like that spoiled. But, the game is constantly switching gears, swapping from different environments over and over again. It’s dizzying, and often more confusing than engaging. But, it’s certainly something I wouldn’t steer you away from experiencing. 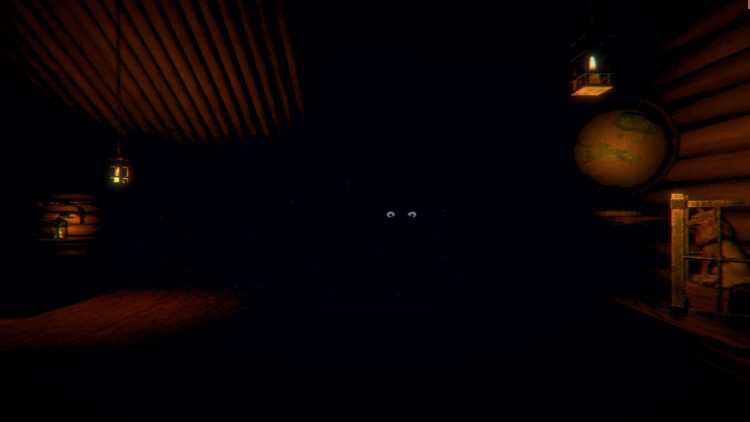 You have to understand, however, that the game will change heavily from the opening experience. It doesn’t completely abandon its core gameplay. Cards are still customizable in different ways, and the base gameplay pretty much always stays the same. But, the game is restless in its identity, always changing on you and leaving you either breathless, or frustrated. Where you fall here will be based on how willing you are to go on Inscryption‘s wild ride.

Overall, Inscryption is weird, freaky, and generally enjoyable. I wasn’t a huge fan of the twists and turns, but don’t let that be a deterrent. Those twists are something you should experience for yourself, rather than have them spelled out for you. If you’re a fan of strange, you’ll more than likely be a fan of Inscryption.

Inscryption's twists and turns are hit-or-miss, but the game's oddities are worth experiencing for yourself.