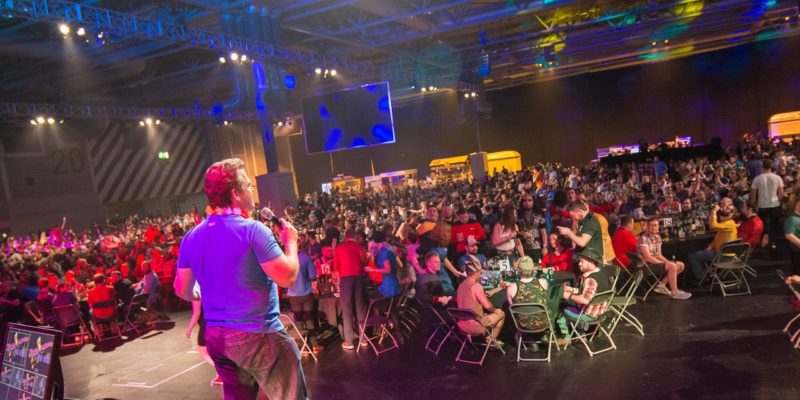 Yet another gaming convention bites the dust amidst the COVID-19 breakout. This time around, it’s Insomnia 66, which would have taken place April 10 through April 13. However, as announced on Insomnia Gaming Fest’s official Twitter, the event has now been canceled to ensure the welfare of all involved.

The decision was not an easy one to make, as the organizers had invested a lot into the event. Despite countless hours of preparation and work, Insomnia is left with little option but to cancel. Interestingly, summer’s Insomnia 67 is still planned for late August, which suggests that instead of rescheduling 66, it will be skipped it entirely. 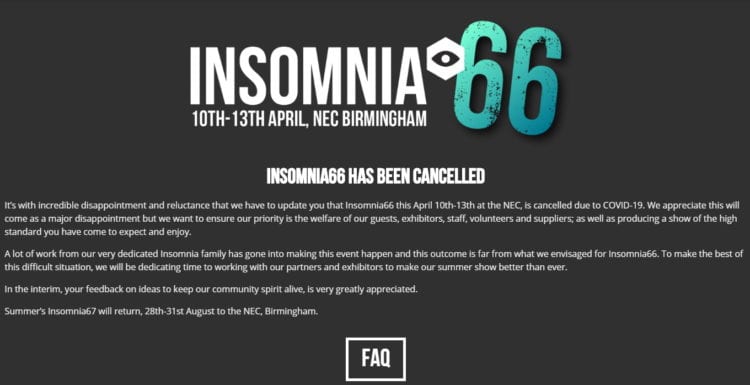 Insomnia is a bi-annual gaming convention originally set up to celebrate PC gaming. However, in recent years, it has grown in size and begun to incorporate players from all walks of life. It’s also one of the largest gaming conventions based in the United Kingdom for the indie game showcase.

There’s no need for ticket holders to worry, though, as plans have already been put in place to refund consumers. Insomnia will send out emails to ticket holders in the near future providing further details. However, keep in mind that if you booked third-party hotels and travel for the event, Insomnia will not officially cover any of that. Instead, you’ll need to contact the relevant companies.

As stated on the Insomnia website, ticket holders also cannot convert their tickets to cover future events. So if you wanted to go to Insomnia 67 instead, you’ll need to order separate tickets once they become available.

Insomnia is far from the only convention canceled due to concerns over COVID-19. Just a few days ago, gaming’s largest annual event, the Electronic Entertainment Expo, was canceled for the same reason. With the outbreak growing ever more serious, it’s simply too risky to run a large-scale convention right now.

Azerite Essences in World of Warcraft are being made account-wide

Destiny 2: Season of the Worthy – Trials of Osiris rewards guide and tips