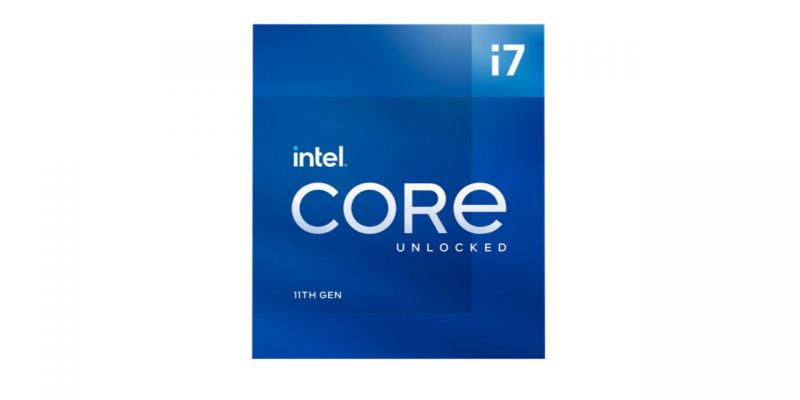 The matter of pricing

The cost of entry is an immediate concern for the 11700K. The obstinate pricing is questionable when considering that Intel has offered barely distinguishable generations for several years now. The 11700K has an MSRP of $399 USD, yet offers similar 1080p gaming performance to the previous 9th and 10th generation i7s. Right now, the 10700K — which offers nearly identical performance — appears at some retailers for as little as $269 USD today.

Looking down the line at other 11th gen processors, the i5-11600K offers way more value if you’re primary focus is just on gaming. The 11600K won’t allow you to go as crazy with the multi-tasking, but it still offers six cores and 12 threads with similar clock speeds plus all of the same new features. At just $259 USD, the i5 almost makes the pricey new i7 look irrelevant. Unless your goal is to achieve as many frames as possible in games without sacrificing multi-tasking, there’s just not a reason to spend big on the extra cores since the vast majority of games are bottlenecked by the GPU rather than the CPU. In that sense, gamers are better off budgeting more money for the inflated cost of buying a GPU right now.

If Intel is eventually able to come down in pricing like it did with the 10th gen desktop CPUs, high-end 11th gen products like the 11700K will be a much easier sell. A lack of global supply for processors and the non-tech savvy consumers will probably help Intel sell a few more Rocket Lake i7s and i9s in the near term, but whenever AMD’s objectively better Ryzen 5000 Series becomes readily available, Intel may be forced to slash prices. With that said, a lower price point will make Rocket Lake a far more attractive product for gaming. Those who are looking to build a cheap, but good system with a greater degree of future proofing than the Intel 10th gen should keep an eye on Rocket Lake prices. Especially close to/after Alder Lake launches.

All in all, you’ll pay a premium not only to get the 11700K, but to use it to its full potential. Sure, it’s a CPU that is more than capable of churning out hundreds of frames at 1080p and offers arguably decent features for future proofing, but it doesn’t stand out as the definitive choice for value-oriented buyers. To make the most of this CPU, you’ll also need to get a new motherboard as well as an adequate cooling solution. Tack on a new GPU that supports Resizable BAR and a PCIe 4.0 SSD and you’re looking at a big investment. There are simply more cost-effective options right now that offer similar performance. For these reasons we can’t recommend the 11700K over other options unless you have a very specific use case for it like gaming and livestreaming at the highest quality.

However, the decision to purchase a new CPU sometimes boils down to an overwhelming readiness to upgrade or the matter of necessity rather than choice. If you’re committed to buying something right now, it can at least be said that the 11700K will impress you with its gaming performance.

The latest i7 will feel like a huge upgrade for anyone still on a quad-core i7 or worse, but it’s really not worth bothering if you have a decent CPU that’s only a couple years old. The eight cores will also handle future games better than today’s cheaper six-core processors, as developers are finally designing games to take advantage of higher core and thread counts. Therefore, buying this processor and a corresponding motherboard will make perfect sense for those who don’t want to have to worry about changing anything for the next several years, but also don’t want to miss out on important new features like PCIe 4.0 and Resizable BAR support. As long as you’re fine with dropping the extra cash on everything.

By Sam Robins23 hours ago
Hardware