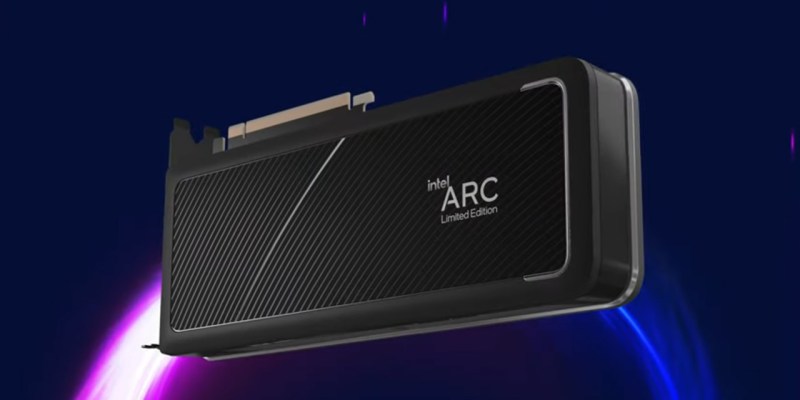 Intel has finally unveiled both the release date and price for the Arc A770 at its Intel Innovation event. The graphics card is set to launch on October 12, with a cost of $329 USD. Not only is this the same date as the RTX 4090 launch, but the A770’s price point also matches the RTX 3060 exactly. We’ve been waiting a long time to see this card hit the shelves, and that time is finally soon.

In a rather refreshing move, it looks like Intel’s foray into the desktop graphics card market is challenging the high cost of its competitors. Obviously, this isn’t a card that’s challenging Nvidia’s or AMD’s heavy hitters. The specs released for the A770 are about what you’d expect for a decent graphics card these days. It’s clear that Intel is instead targeting budget builds and those who don’t have upwards of $600 USD to shell out on a new graphics card. And according to Intel, the A770 is more than capable of challenging the RTX 3060.

Intel has two other graphics cards due to be released sometime soon. The A750 and A580 don’t have release dates as of now. Ryan Shrout, marketing at Intel, has said that more details will come for the A750 later in the week. But as for the A580, we may be waiting a little while longer. All of these cards are seeking to be budget graphics card options, with the A770 being the most powerful.

Intel’s Arc A770 has stiff competition

With the release of Nvidia and AMD’s next-generation graphics cards right around the corner, Intel’s in a tricky situation. For starters, cards like the RTX 4090 are simply more exciting from a pure performance perspective. There’s also the fact that Intel’s competition has been in the graphics card market for a while now. So, the company has plenty to prove. If the company can prove to be a staunch competitor for Nvidia and AMD’s budget-level graphics cards, then the future could be exciting.

The Intel A770’s October 12 release date is close at hand, and reviewers should be getting the cards shortly. It won’t be long before we can see some performance statistics outside of Intel’s own. Soon, we should get a much better idea of how well Intel’s graphics card can stack up to other budget graphics cards like the RTX 3060.