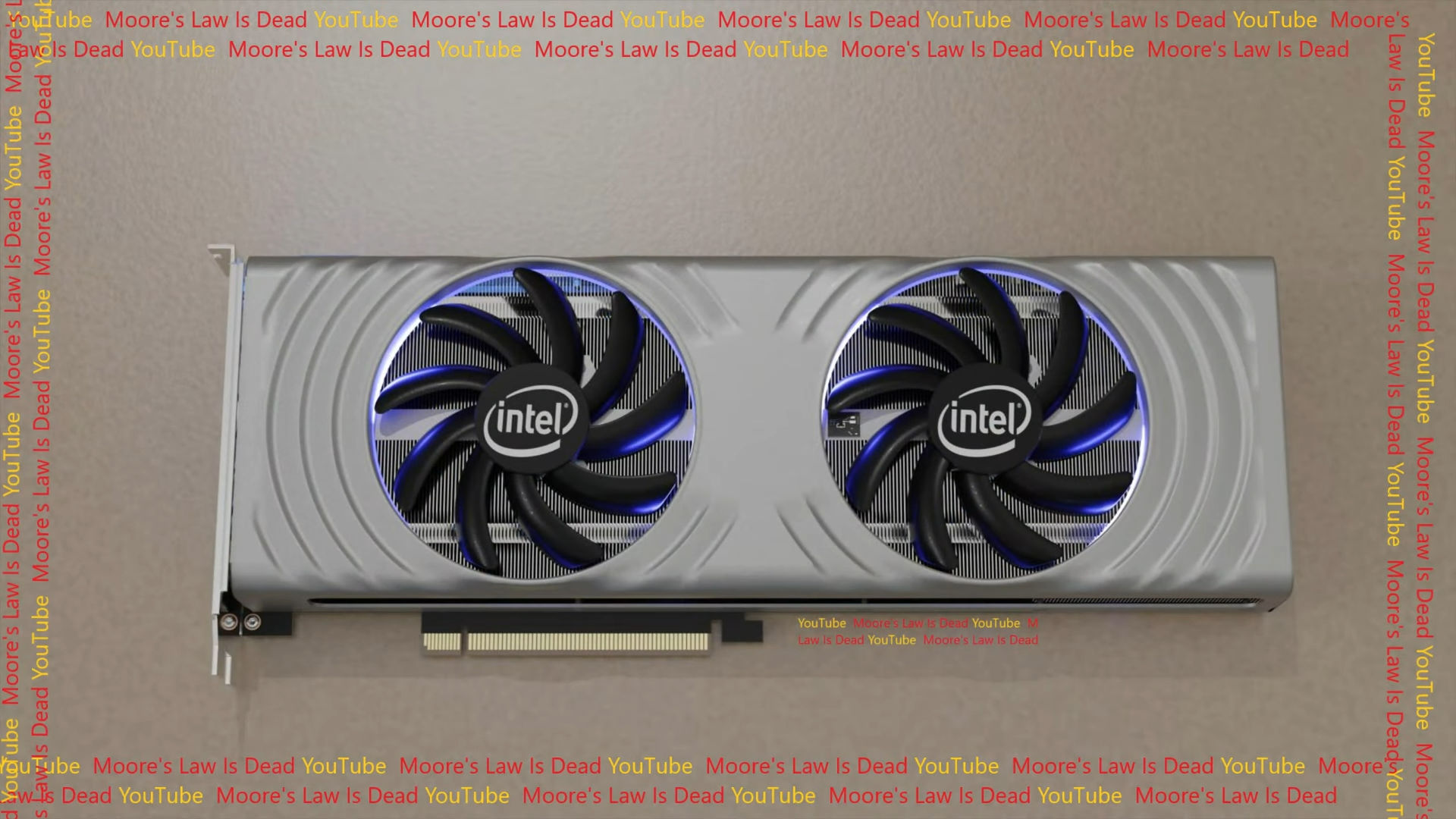 Another leak popped up this weekend regarding Intel’s upcoming ARC Alchemist graphics cards. This time, we got a better look at the reference design courtesy of new efforts from tech leaker Moore’s Law is Dead, who also provided images of early test models. These latest images are renders created in collaboration with sources at Intel to show what to expect when the lineup launches next year.

Moore’s Law is Dead claims this render is specifically of the flagship 512 execution unit model. It’s based on the current test designs, with an expectation that the final design will be largely similar. It’s nothing too flashy, but it certainly looks like something we’d expect Intel to come up with. The simple design might even work to the advantage of consumers not interested in paying for expensive coolers and high end aesthetics. Like many reference card designs, these are also going to be compact in order to accommodate as many builds as possible, particularly in the OEM space where Intel likely plans to sell complete Intel systems, cutting Nvidia and AMD out of the equation.

We can also glean a few more details from these renders. The Intel ARC Alchemist graphics cards will support 8 + 6-pin power connectors, one HDMI and three DisplayPort outputs. Intel will also likely include some LEDs for a little flair. As for the specs, Moore’s Law is Dead claims Intel GPUs will feature up to 4,096 shaders, 16 GBs of GDDR6 memory, clock speeds from 2.2 up to 2.5 GHz, and power consumption around 235W. All of this could result in performance anywhere between that of an RTX 3060 and 3070 Ti, depending on how well Intel is able to optimize the hardware and drivers. Considering these GPUs will be built on TSMC’s N6 process, these specs and performance targets are certainly possible.

In addition to these promising hardware specs, Intel also provided some official information about its upcoming architecture that puts it in line with these performance predictions. To add further to the hype, we know XeSS will launch with the lineup to provide games with AI-enhanced performance boosts, much like how Nvidia’s DLSS operates.

We still don’t have a firm launch date for Intel’s ARC Alchemist graphics cards. The company has simply listed a Q1 2022 launch, but that doesn’t specify if it will be the full lineup or what availability will be like. Moore’s Law is Dead believes the mobile lineup will launch first, followed by the desktop lineup in Q2 2022. All of this information, however, is subject to change based on development progress and manufacturing capabilities.