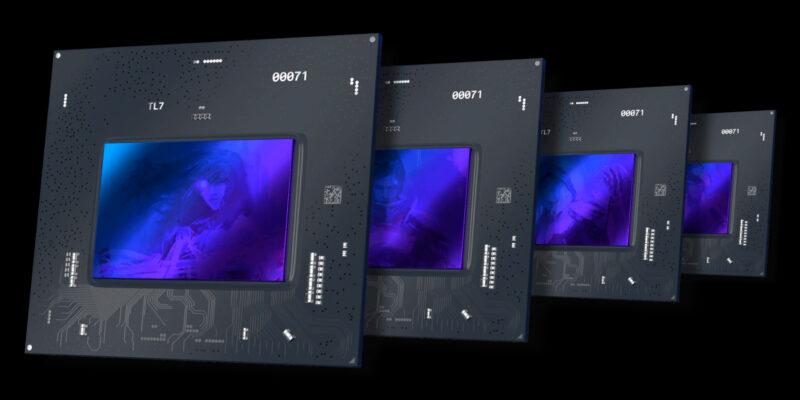 For those who have been looking out for info on Intel’s ARC desktop GPU graphics cards, get ready for some details on the specs. Images containing an engineering sample have leaked for the Intel Arc Alchemist lineup, courtesy of VideoCardz. The images show off many features of an unlabeled graphics card and point to what we could expect at release. It is worth noting that these are pictures from an unfinished engineering sample though, so take some of this information fairly lightly.

Over the last few months, there’s been quite a lot of information coming out surrounding Intel’s ARC Alchemist graphics cards, from leaks that showed off early renders, to information that suggested it matches the RTX 3070 Ti in benchmarks. It’s safe to say that there is a lot that can be assumed about the upcoming lineup. The latest images reaffirm some of the specs, at least for one of the full size Intel ARC GPU models.

A closer look at the Intel ARC Alchemist graphics card

The first thing to note here is the pretty basic-looking black cover, with Intel’s name shown clearly in the center of the fans. It is worth pointing out that this is likely just a reference cooler design. More colors may be available when it’s finally released, and AIBs will have unique designs as well, but we’ll have to wait for more news on that for now.

The dual-fan cooling solution is also visible once again, as seen in the previous leaks. For the I/O, there are three DisplayPort slots, as well as one HDMI port. This isn’t necessarily surprising, but what is interesting is the idea that it may use DisplayPort 2.0. Currently, no other cards on the market use DisplayPort 2.0, so it would be interesting if Intel becomes the first to implement it. DisplayPort 2.0 offers up way more throughput bandwidth and will be able to deliver 4K experiences at higher refresh rates without the need for image compression. 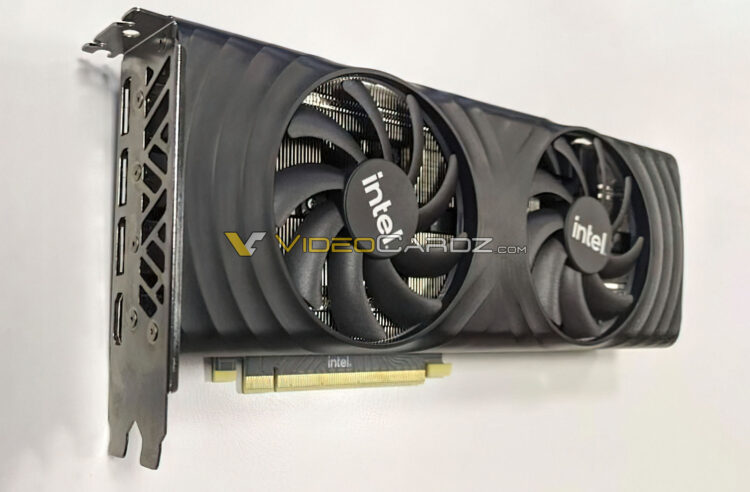 It gets even more intriguing when the card is flipped around to reveal the back. There isn’t a PCB covering on the back of the card, so there’s a lot to glean here. The image shows that the card could feature 16 or 12GB of onboard VRAM. For power, there are 6-pin and 8-pin connectors. There’s also room for a dual 8-pin configuration as well, should Intel want to implement models that are more high-end that require more power.

It’s interesting to see a more developed version of an Intel ARC GPU in its full graphics card form. The images also provide a better idea of what we can expect come release. The lineup is expected to release at some point this year, it could even be as soon as March or April. It’s likely to look a bit different from this though, once it’s ready for consumers.