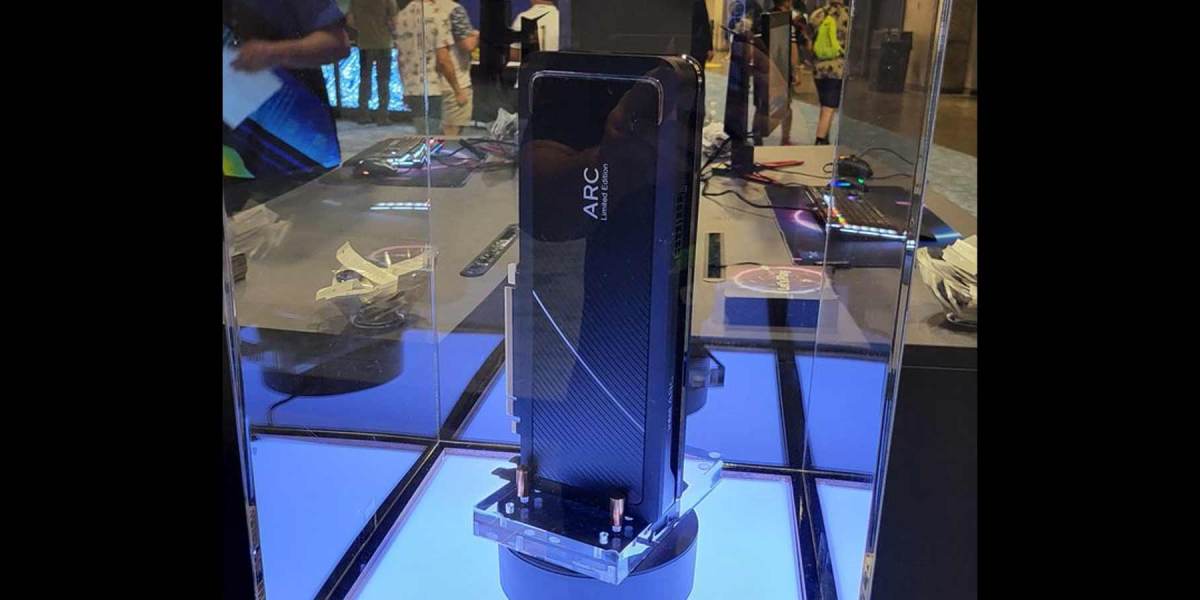 Intel has once again teased its upcoming Arc GPU lineup, marking another odd showing in an overall confusing marketing campaign. For context, Arc Alchemist GPUs are long overdue for release, and there’s still no clear launch date for desktop graphics cards even though limited numbers of Arc laptops are technically for sale in South Korea already. Intel claims the cards will go on sale sometime this summer.

Despite this, Intel showed off the Limited Edition Alchemist desktop card reference design at Intel Extreme Masters (IEM), an in-person esports event hosted by the company. Attendees were able to see the graphics card up close and even take a few games for a spin to get a feel for the performance.

This isn’t the first time we’ve seen the Limited Edition desktop card design. Intel first revealed it back in March. It’s a good looking card with a two-fan cooling solution that’s about two slots thick. Presumably, this is the top-end model that’s expected to perform relative to the RTX 3070 and the RX 6750 XT. As we can see in the photos, it utilizes eight-pin plus six-pin power connectors, so power consumption should be in the ~250W range.

Intel @ @IEM
Look at what made an appearance!
Come by the ARC booth and check it out in action pic.twitter.com/vrscP08rHG

All of Arc is limited edition for now

We’ll presumably learn a lot more soon about when these cards will appear for sale on shelves and ecommerce sites outside of the entry-level laptop models in Korea. If you’d fancy getting your hands on one of the top-end Limited Edition models, you may need to wait even longer. Some sources suggest those won’t appear for sale until Q3 this year.

As for AIB models, those details are surprisingly lacking as well. Graphics card leaks commonly stem from anonymous sources associated with partner companies. The lack of these suggest Intel is still keeping its Arc GPU lineup a closely guarded secret. 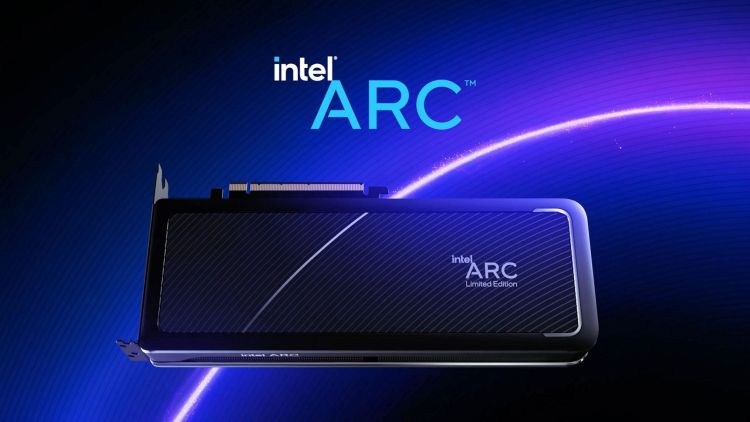 One thing is for certain though. The next generation of graphics cards from Nvidia and AMD are coming later this year, so Intel needs to get Arc to the market before it’s grossly outclassed in performance. Pricing for Arc cards will also need to be aggressive if it wants to woo consumers over from the competition. The majority of graphics card models can now be purchased within 5-20% of MSRP, so there’s less reason to take a risk with a new company in the discrete graphics space, even though we are talking about Intel.

Genshin Impact Version 2.7 gets story trailer about Xiao and Yakshas

By Jack Salter26 mins ago
News