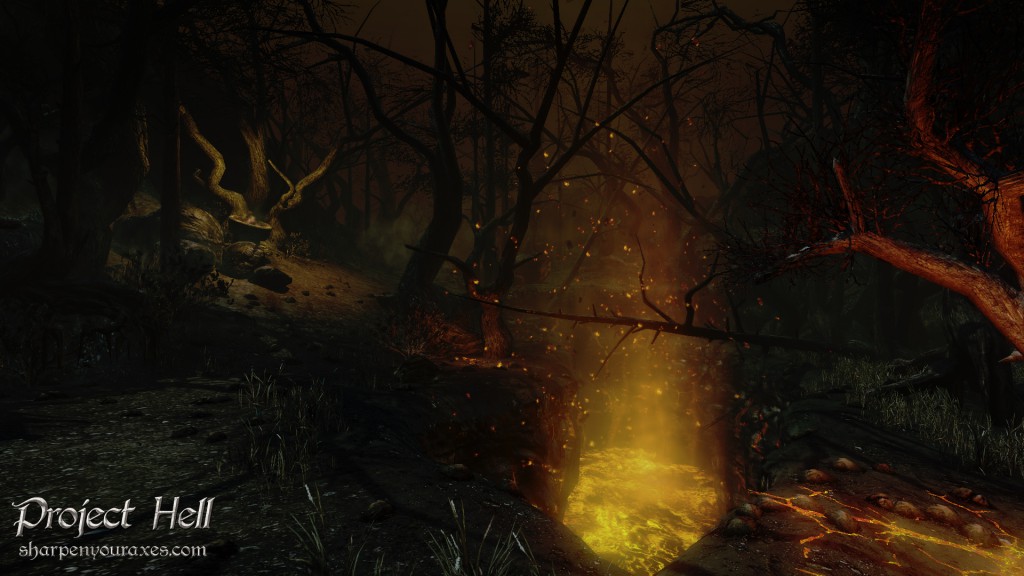 Techland, the makers of Dead Island, have given an internal spin-off team the task of developing a game that’s currently called Project Hell (though that’s just a working title). According to the blog that’s charting the progress of this project, it all started life as an internal Dead Island weapon mod that added a few magic spells into the zombie mix.

That mod evidently met with approval from the other developers at Techland, because the creator ‘MZM’ has been joined by a couple of others at the company to develop the mod further into a game prototype.

In essence, it’ll be a dark fantasy themed first-person melee title (with added spellcasting) which, if they can pull it off, sounds quite appealing.

Their approach is summarised as follows: “Our main goal is to make a game we can all enjoy playing so don’t expect unicorns and fairies – we prefer breaking through hordes of undead minions only to slaughter their devilish and loathsome masters in a bloody boss-fight.”

“One more thing – we won’t be asking for your money on Kickstarter”, the post adds.