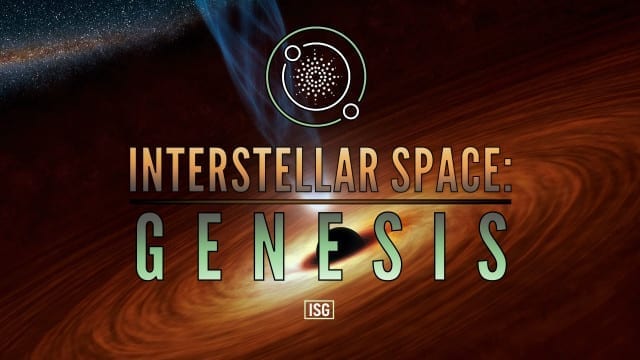 If you were disappointed with Master of Orion 3 from 2003 and the latest 2016 reboot, Master of Orion, here’s something that might do it for you. Have you ever hoped for a proper sequel to the 1996 classic Master of Orion II: Battle at Antares? Well, Interstellar Space: Genesis just might scratch that itch. Developed by Portuguese indie studio Praxis Games, it is heavily inspired by the Simtex classics from the 1990s. The game is officially launching today on Steam, Humble, and itch.io.

Interstellar Space: Genesis features a classic space 4X strategy gameplay, which has been perfected over an extended public alpha. This pre-release period was available to the Space Sector community, which specializes in space and sci-fi strategy games, and the developers are part of the community themselves. The game promises striking visuals, nearly endless replay value, and unique alien species and planets. The soundtrack also promises to be stellar, as it’s the work of Grant Kirkhope (GoldenEye 007, Civilization: Beyond Earth).

Traditionally, turn-based 4X strategy games were always highly complex games full of features to add dimension to their gameplay. Interstellar Space: Genesis aims to build on that foundation so you can craft a thriving, sprawling galactic empire. According to the developers, the game includes several brand new mechanics, creating a unique entry into the space 4X genre. And on top of that, it completely avoids the trap of burdensome micromanagement, which in many ways has become a staple of 4X strategy games.

The game features turn-based tactical combat that offers extensive ship customization as well as free space-based movement with range limits. Colony development aims to be a deep and engaging experience, with terraforming and diplomacy systems. Exploration mechanics are varied and give the player the freedom to define their civilizations’ wants and needs. There’s a complex economic model that includes asteroid mining, space tourism, and other such far-future industries.

The developers, Adam Solo (the online moniker of Luís Almas) and Hugo Rosado are old school fans of space 4X games, particularly Master of Orion and Master of Orion II: Battle at Antares. They have always aspired to produce a game that would follow in the footsteps of those classics. Luís Almas is also the founder and owner of Space Sector, a website dedicated exclusively to space strategy games. Hugo Rosado also worked in the European Space Agency and a private aerospace space company before he turned to game development. It certainly makes for an interesting background for a game like this.

It’s always an ambitious task to try to deliver an experience that will match the classics of a genre. There have been dozens of games that tried to become a spiritual successor to another of Simtex’s 4X classics, Master of Magic. Some of those games are okay, but it could be that nostalgia goggles spoil the experience sometimes. Interstellar Space: Genesis certainly looks like a very deep and interesting strategy game that might satisfy fans of the genre.

What do you think of Interstellar Space: Genesis? Do you think it will live up to the Master of Orion classics? Drop your comments below and tell us what you think!