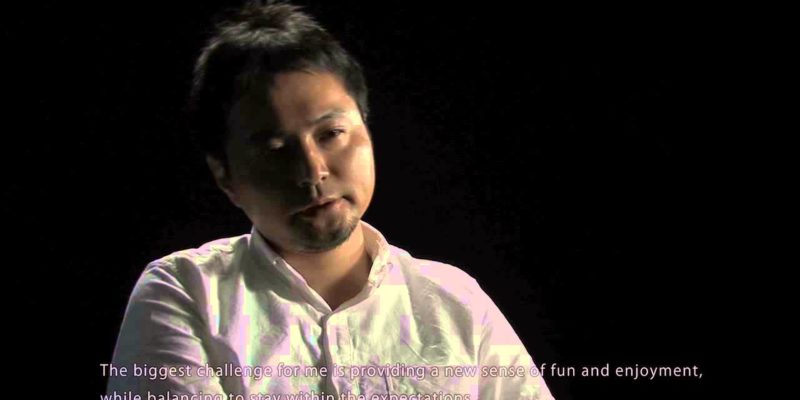 Spooky ladders into mysterious holes will still be in, then.

Earlier today (or yesterday, depending on your timezome,) we put up some new-ish images from Dark Souls 2. The screenshots themselves seemed new, but they were of situations and enemies already demoed to the public at various points.

Something else has now been released by Namco as part of GamesCom; a Q&A style video interview with new director Yui Tanimura. Along with Tomohiro Shibuya he’s taking over from Hidetaka Miyazaki (who also directed Demon’s Souls.)

In the video, Tanimura stresses that the ‘core’ experience of Dark Souls 2 will remain the same. The team wants players to have the same sense of achievement and accomplishment after triumphing over arduous tasks. Thematically, it seems the sequel will explore more aspects of the Dark Sign curse shown in the original, and show players struggling to resist said curse (this is all metaphorical at this point, with no direct gameplay mechanics mentioned.)

The interview is accompanied by gameplay footage that dedicated Dark Souls 2 watchers will have seen before, but it at least collects it all in one handy place. It concludes with some scant information about the proposed closed beta (only for PS3 at present, sadly.) Have a look, below.

Dragon Age: Inquisition GamesCom trailer manages not to use the word “epic”

Oh no: Outlast pre-orders open at 20% off