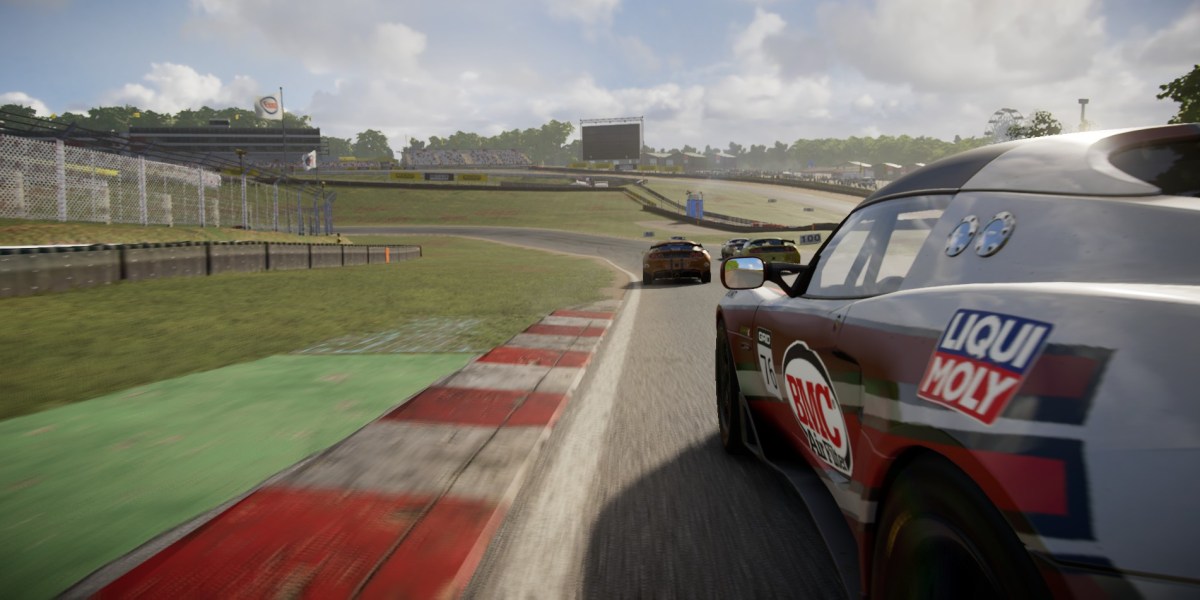 Codemasters has been making games for nearly four decades at this point, and the majority of the studio’s history comprises of creating various hit racing titles. As one of the tentpole studios in the genre, it’s no wonder why its projects tend to garner so much attention. That said, there’s a lot of competition out on the track, and Codemasters’ latest release, GRID Legends, has been caught in the middle of the pack. Naturally, we wanted to know more about what went into GRID Legends‘ development.

Playground Games’ illustrious Forza Horizon 5 kicked up a dust storm of interest when it launched back in November, and now Polyphony Digital’s Gran Turismo 7 has swooped in just behind GRID Legends to take temporary control over the majority of the racing sim market. Both games are much larger than GRID Legends. But Codemasters’ latest creation has actually been the one to receive the least amount of immediate post-launch controversy, all things considered.

This is also in addition to its mostly positive reviews. The shift in the overall consumer reaction that GRID Legends has received is a decent change of pace compared to the last entry in this well-known “simcade” of a series. To get more insight on the game and how Codemasters views the work of other racing studios, we asked some pointed questions to the creative director of GRID Legends, Steven Brand. Here’s what he had to share via email interview.

Scoops from the pit stop

PC Invasion: After seeing the (mostly mixed) response to GRID (2019), what was the vision going into GRID Legends?

Brand: With GRID Legends we wanted to build on the core experience delivered with GRID [2019]. From the on-track experience and mode variety, the inclusion of a story mode and the race creator, our goal was exceed player expectations when they got hands-on with GRID Legends.

What was the inspiration behind the story mode?

With ‘Driven to Glory’ we knew we wanted to present the drama that is associated with a motor racing season and from early discussions, the Netflix F1 documentary series Drive to Survive became a great source of inspiration. The focus on what happens outside of the race track within the different teams, really helped us define how we would go on to tell the story of one season’s battle between our main protagonists of Ravenwest, Seneca, and the Voltz teams.

GRID Legends has a very interesting “simcade” driving model. So, how do you balance realism with fun?

The handling design team did an awesome job of ensuring that each vehicle retained its own character while making sure that we didn’t alienate those players would consider themselves more casual racers. With this in mind, the inclusion of an easy to use ‘Assist’ mechanism means that a particular vehicle’s handing can be tweaked to suit all player types.

Are there any plans to introduce either a hardcore sim GRID experience or very loose GRID arcade experience in the future?

The game’s online integration is really cool. What was the thought behind letting players hop into the career mode?

Thanks! We are really glad you like ‘hop-in’ — we’re really pleased with how it’s been received. We wanted players to be able to find the fun as quickly as possible and through allowing them to hop-in to live sessions, we reduce the need to sit around in lobbies which is no fun for anyone! We included a quick race feature as well for those players who don’t even want to session search and want to be racing online as quickly as possible. I personally enjoy seeing what sessions are live, before hopping in and getting involved in the fun. 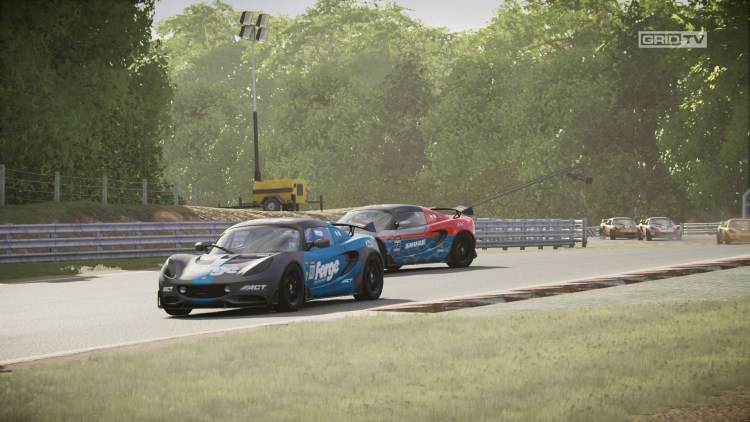 There are a lot of other racing franchises firing on all cylinders at this time, so where does the team see GRID in the mix of it all?

We strongly feel that GRID Legends has its own space within the mix. It’s not a full-on simulation, nor is it an open-world experience. GRID’s strengths lie within the on-track experience, and we feel this is where its own personality truly shines. We described GRID Legends as an “action racing game,” which I think speaks for itself.

How does the team feel about other franchises? Do they ignite any inspiration?

We are passionate about racing games and as such are keen players of various racing franchises from sims to arcade. Each ignites inspiration in different ways and we hope that the same can be said of GRID Legends and other studios.

What is the team hoping to achieve with GRID Legend‘s legacy?

We hope that players take away many memories of the on-track experiences they’ve had. The “water cooler” moments where players share their individual experiences unique to them and the sense of fun that we have delivered. For fans of the franchise, we’ve already seen a lot of chatter around Driven to Glory and how it was left. 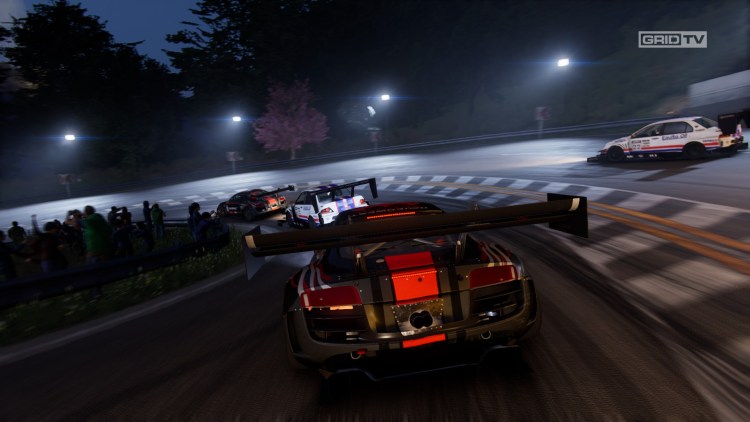 How does the team feel about the racing industry as a whole right now?

Gamers have never had it so good when it comes to the choice of racing games! The competition within each type of racing sector is great, meaning that as developers we are always looking for ways to innovate and stay ahead of the competition — this can only be a good thing for players.

How involved are car manufacturers in the development process? Are there really a lot of restrictions when it comes to showing damage?

We have good relationships with manufactures and will receive technical specs and guidance when it comes to modelling their vehicles for inclusion in the game. We have a variable damage model so that we can show different states of damage, dependent on license conditions. 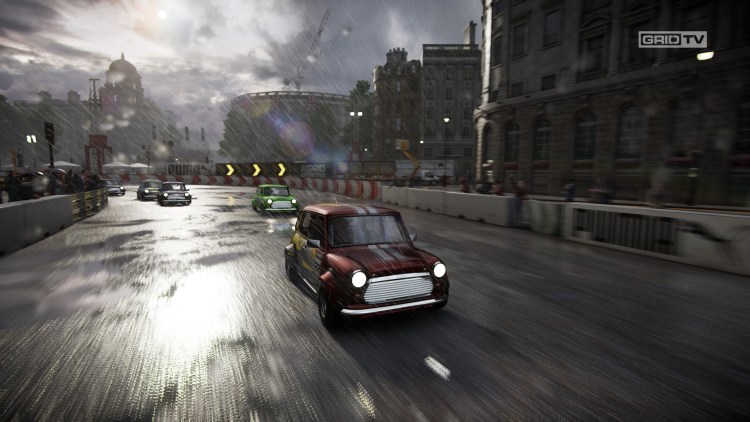 Clearly, quite a lot of thought went into GRID Legends’ development. From listening to player feedback, to seeking to create a unique experience, Codemasters switched into high gear and managed to provide a slick, responsive ride of a racing experience.

This is something GRID fans have waited several years to get, and it seems that it’s paid off. Time will tell to see if the project becomes a monetary success for its true parent company, however. This is the first time an entry in the GRID series has released under the EA banner; the mega-publisher purchased Codemasters back in 2021 and it’s notoriously particular about sales figures. So, here’s hoping the road ahead of GRID Legends is bright enough to make sure the franchise’s ride doesn’t stop anytime soon.

We want to thank Steven Brand and the rest of the Codemasters team for making this interview possible. GRID Legends is available now on PC via Steam, Origin, or an EA Play subscription.