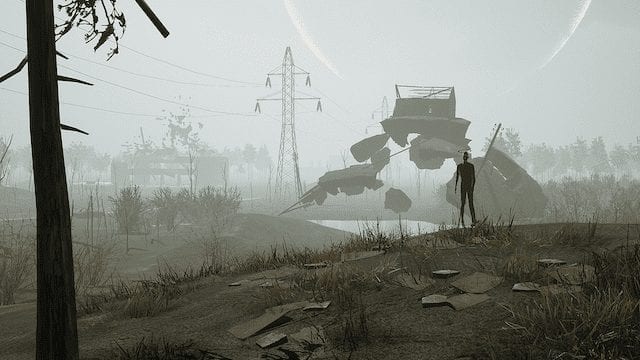 Gamers looking to get a horror-themed jolt out of their virtual reality setup will want to see what CM Games has lined up next month. The developer has announced that its latest project, Into the Radius, is set to hit Steam Early Access on November 6. It’ll be compatible with a variety of VR headsets, including HTC Vive, Oculus Rift, Valve Index, and Windows Mixed Reality VR.

Radius’s early version will provide “several” hours’ worth of the game’s content. Leading up to its early 2020 official release, the developers are aiming to solidify its story and full gameplay.

On top of that, CM Games will also launch a themed VRChat world as a companion virtual reality experience. With this, developers can connect directly with their audience, getting feedback on how to improve the game.

What is Into the Radius?

For those unfamiliar with Into the Radius, it’s inspired by the seminal science fiction novel Roadside Picnic by Arkady and Boris Strugatsky. It takes the classic style of eldritch horror storytelling with an open-world approach, custom-built for virtual reality. It follows your character, a former resident of Pechorsk turned UNSPC specialist, as you make your way through a mysterious zone. Along the way, there’s danger lurking in the darkness. In order to make it through, you’ll have to take on a series of assigned missions.

The initial trailer for Into the Radius is below, giving players an idea of how its atmospheric world works. CM Games noted that a new trailer, featuring more gameplay, will debut soon.

Those that want to learn more about this new project can do so on the Into the Radius website. It’s also available for wishlist on the Steam front, though the release date isn’t updated just yet. Will you jump into this eerie new VR world?