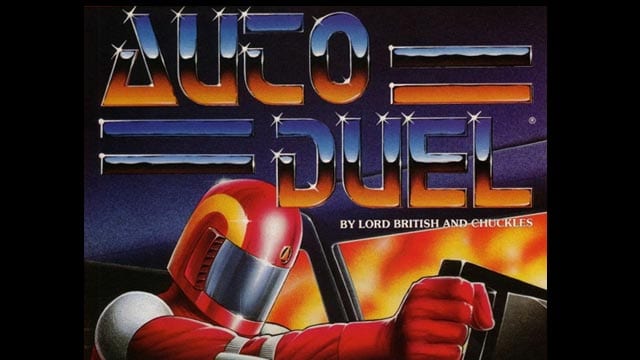 On the back of a press release earlier today announcing the opening of a new inXile studio in New Orleans, people have been digging around to find out just what this new studio could be working on.

The guys at RPGCodex have done some snooping through trademark filings and discovered that, back in July, inXile filed a trademark for Auoduel. The original game was released by Origin back in the 80s (see this video of the original) and was an RPG based around Steve Jackson Games’ tabletop title Car Wars.

The original game was set in a futuristic USA where gangs and vigilantes roamed free, and the only protection people had were cars fitted with weapons. Think of it like Mad Max. Players were encouraged to explore the wilderness, undertake missions to earn money, and improve their vehicles by customising them with different weapons and gadgets such as oil slicks, mine layers and more.

This isn’t the first time an attempted reboot of Autoduel has cropped up in recent years. Back in 2013, indie developer Pixelbionic attempted to launch a Kickstarter for their own version of Autoduel which they later renamed to MotorGun. That Kickstarter was eventually cancelled.

There’s obviously some history between Pixelbionic and inXile as Pixelbionic’s co-founder Michael “Maxx” Kaufman was also a founding member of inXile, and he’s now back there once again. Brian Fargo also posted a quote on the MotorGun Kickstarter page when that campaign was running, which included the comment:

“Being a huge fan of the The Road Warrior I have always loved car combat games and the world needs one with more depth.”

Little else is known at this point about any possible inXile version of the game, but Brian Fargo did post a Tweet which indicates something Autoduel-related is afoot at the new studio, and he’s obviously keen on the whole car combat/RPG game idea. It looks like the idea for MotorGun has now shifted back to inXile, and the rights to use the Autoduel name have been secured.

As soon as more concrete information appears we’ll let you know, but this could be good news if you were a fan of the original.

Ashes of the Singularity now on Steam Early Access