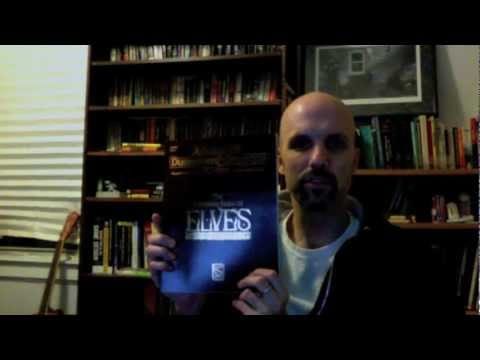 inXile’s Torment: Tides of Numenera Kickstarter hasn’t really stopped collecting money since it brought in all $900,000 USD of its intended goal within six hours of launching. Today, it broke beyond the $2.5 million USD barrier, prompting a somewhat unusual stretch goal to be fulfilled.

Colin McComb (a designer on the original Planescape: Torment) is a key part of the Numenera team, but he has a dark past. It was McComb who wrote The Complete Book of Elves supplement for Advanced Dungeons & Dragons; a tome known for its imbalanced characters and rules. Basically, Colin loved elves just a little bit too much, and couldn’t help making them overpowered.

Well now, twenty years later, he is finally apologising. Yes, one stretch goal of the $2.5 million USD mark was a full apology for The Complete Book of Elves. You can watch that below and judge for yourselves if it counts as ‘full.’

Of course, there’ve been quite a few other updates about the game too. You can, for example, listen to one of Mark Morgan’s musical contributions to the game, or read about the new ‘Numenera’ setting designed by Monte Cook. Other updates deal with companions, dialogue and the themes of this new Torment.

The campaign still has 24 days to run, so if you want to help inXile raise even more cash, you know what to do.