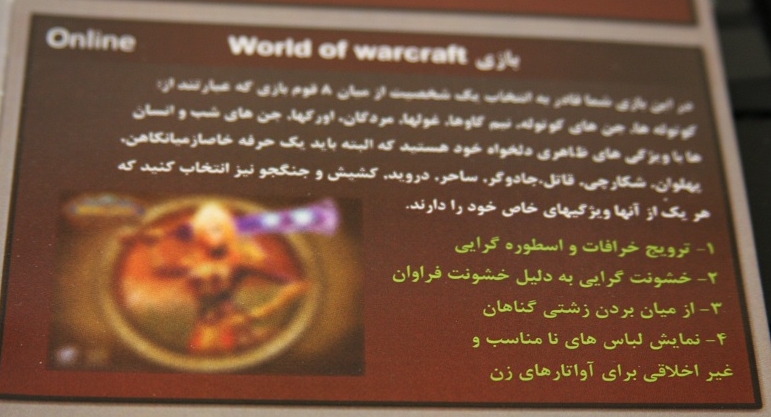 Politically speaking, the citizens of Iran have much larger concerns than videogaming. But if you happen to be an Iranian who plays Blizzard titles, a new government ban on access to the Battle.net service required to play those games will be yet another mark against those in power.

Posting on the BattleNet forums, a Tehran based player revealed news of the block on Battle.net and provided both a screenshot and translation of the Iranian government’s reasoning.

According to this player, Battle.net is blocked because:

There is, perhaps, a certain irony in a theocratic body banning something for the promotion of superstition.

It’s not just Battle.net and its attendant titles (Diablo 3, Starcraft 2, World of Warcraft) that are affected by this policy, but that games like Guild Wars are also being blocked for similar reasons.

At Gamescom last week Iran had setup a large booth to promote the videogame industry in Iran so they are open to the idea of videogames, they are obviously just not that keen on ones created outside of Iran.

US election will soon be canvassing your Xbox 360