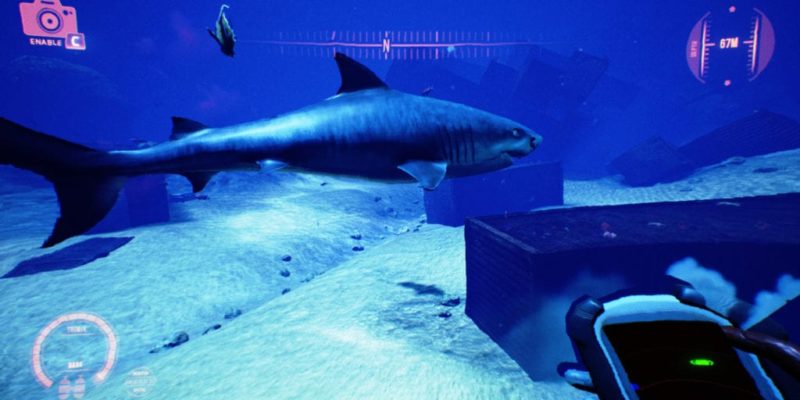 Disclosure: The screenshots used in this piece are official press release ones. They’re all pretty accurate to my experience and taken from the alpha build, though, except that the unoptimised nature of the alpha version meant I was running it at a lower resolution.

I am never happier than when a game’s title contains a homonym, because it lets me play the fool and pretend to misunderstand what’s meant. For instance, I’m going to claim that I thought that Iron Fish was a game in which you ironed some fish, possibly to wear to a fancy dinner. Or maybe I can pretend to take it literally, and assume that I play as a big metal fish which sinks to the bottom of the ocean because iron is heavy, and has to fashion some sort of means to find things to eat. I mean, I thought Dead or Alive was a quantum physics-based game about Schrödinger’s Cat, but it turns out to have been an excuse to have a big argument on the internet about an entirely different type of physics.

Oh, and Peter Molyneux – if you’re reading this, you can have those ideas for free. I look forward to seeing what you do with them. 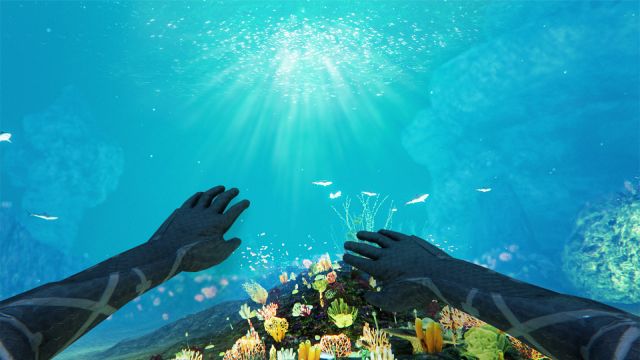 This is the one screenshot in the article that isn’t illustrative of what I encountered, because nothing I encountered was nearly this bright or lovely.

Silliness aside, Iron Fish is actually a first-person game set in the inky blackness of the deep sea. In terms of genre, it’s squarely located somewhere between explore-’em-up, stealth game, and “holy shit what the hell is that” horror game.

What I’ve played of it is a little 20-minute slice of alpha gameplay, so I can’t give you any great impressions on how well it works and whether the fish-punching is 100% accurate. I can, though, give you a pretty good idea of what the gameplay involves, and what the devs are aiming for.

What Iron Fish involves is a pervasive sense of lurking horror, and as that does indeed seem to be what the devs are aiming for, I’d say they’re well on their way to making something I really don’t want to play in the dark. You’re Cerys Harley, an oceanographer trying to get to the bottom of some mysterious goings-on in the dark waters of the ocean, only to find that things are perhaps a bit weirder and a bit more horrific than she first expected. 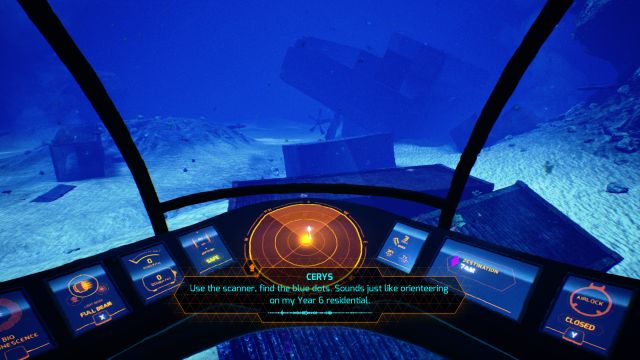 Gameplay is broadly divided up into two segments. You’ve got your little submersible, which is a lovely cocoon of relative safety that lets you scoot around marvelling at the Unreal 4 graphics, fiddling with the various different types of headlights, and enjoying watching all sorts of colourful fish swim around. In one of those little touches I quite like, the mouse doesn’t control the steering – it controls you, in the cockpit, letting you look around at different bits of the HUD, or look down through the glass floor to see what’s beneath you. The sort of thing VR-enabled games have been toying with for awhile, basically, only without the VR. It’s lovely.

Then you leave the sub, and the loveliness suddenly shifts into a sense of looming threat. With only a diving suit between you and the horrors of the sea – the most prominent in this tiny slice being huge sharks – you feel very, very naked. 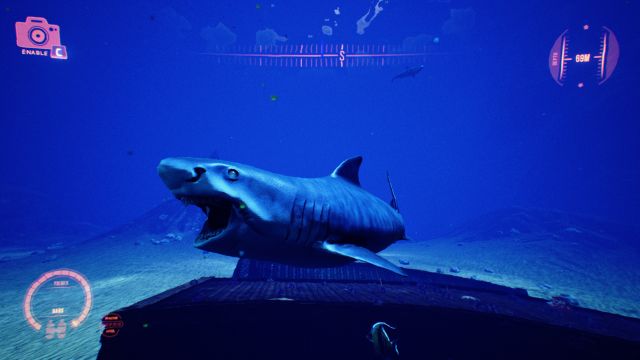 You can actually punch the sharks. I’ve yet to be convinced that’s a good idea, though, or even a workable alternative to just screaming and being eaten.

It doesn’t help that, because you’re underwater, it’s not just what’s in front of you and behind you that you have to worry about. I took to skimming along the sandy surface, simply because that meant the only extra direction I had to worry about was above… and because I hoped that maybe the circling sharks wouldn’t be paying much attention to what was below.

What Cerys is trying to do, it seems, is find a bunch of data logs scattered around a sunken shipwreck. This is pretty much videogame shorthand for “explore this small area”, which is fair enough in a tiny alpha chunk of gameplay, although I’m hoping that the full version will be a bit more inventive with its objectives. 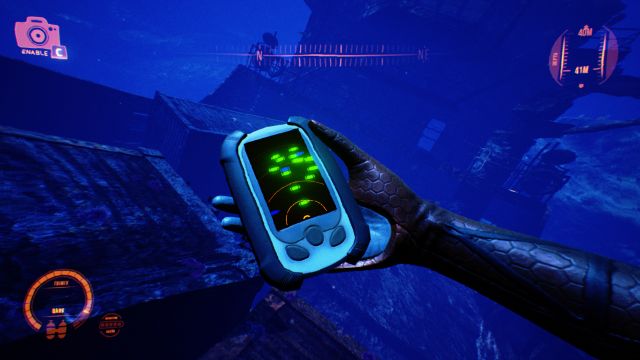 A very useful tool! Except that it makes you slower and far more vulnerable to sharks and Other Things, obviously.

What this really means, though, is swimming slowly enough that you feel continually under pressure, while worrying about the sharks that you keep seeing dotting in and out of the environs, while ducking into cargo containers and the like both to hide from predators and to locate logs. The latter task is made easier thanks to a handy little scanner you have, which – in a very radar-like way – shows you where points of interest are… but having that out means one hand is occupied, and so you swim even slower. And obviously, you can’t fit your sub into cargo containers, let alone into the hulking shipwreck that forms the centrepiece of this area. And you need to resupply your air at the sub every now and then, although thankfully, the supply you have is pretty generous.

Then things take a turn for the creepy. 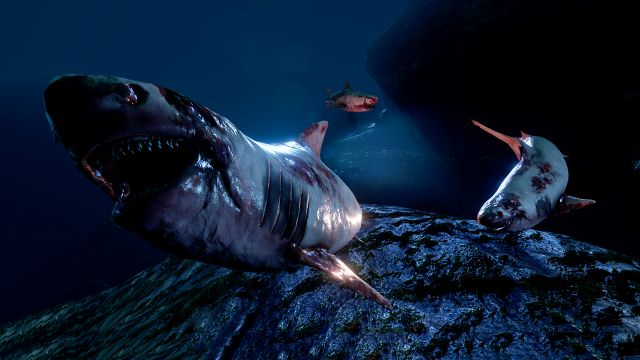 I actually don’t know if these are zombie sharks or what, but they freaked me the hell out anyway.

Early on, I spotted a shark circling far too close for comfort, so I decided to duck into the nearest cargo container and wait for it to pass. This was a good idea! Except that the cargo container was full of floating and decomposing human body parts, from limbs to heads.

This actually impressed me. I’m not a big fan of jump-scares – unless done very, very cleverly, they feel like a cheap way of making players afraid, and as someone who is scared of pretty much everything, I’m always a little disappointed when people take the easy way out – and in a more linear game, this could very easily have been a cheesy little moment with a SCARE CHORD. Instead, it was just a brief moment of dumb realisation at what, exactly, I was looking at, and then intense discomfort, followed by a sudden foreboding sense that maybe the shark wasn’t what I should be worried about. 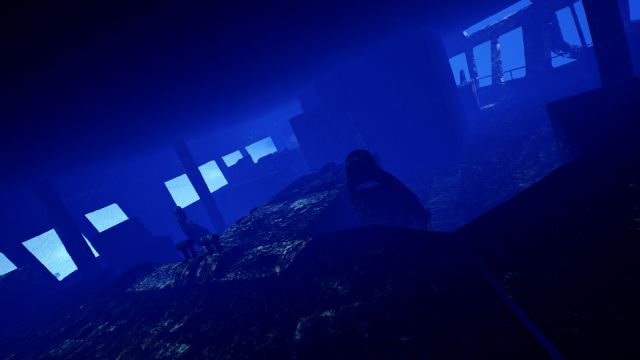 This isn’t even the slightest bit eerie. Why, I might have my Christmas dinner here.

As it turned out there was a data log on the other side of the container, so I had to swim through the floating, bobbing, mangled bits of corpse to pick it up anyway, which was another profoundly uncomfortable experience if you’re as much of a coward as I am.

This eventually led onto “oh, there are actually more data logs for you to find”, which led me into the shark-infested shipwreck itself. This was actually a fairly simple section, with the exception of the part where I found the final log, went to return to the sub, and what the FUCK are those things?! 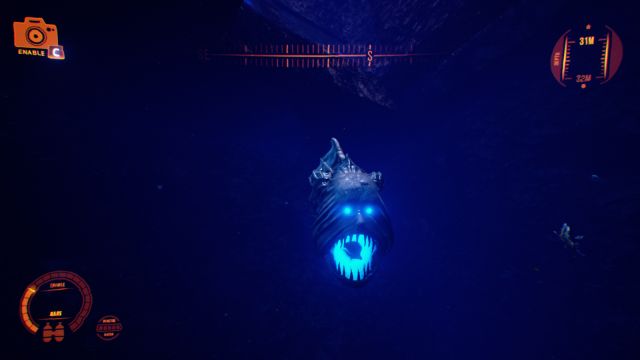 Then the game faded to black.

As I said, this bit of gameplay is too small to really “judge” anything. I can’t comment on how well or how poorly the stealth works, and how well or how badly the AI of the sharks and the more, uh, unusual foes, functions. But Iron Fish did a bloody good job of creating a rather horrible atmosphere, of making me feel extraordinarily vulnerable, and of making me wonder exactly what the hell was going on. Tying this into the rather unique underwater setting and giving you an entire extra dimension to worry about (in terms of movement, not in terms of eldritch horrors, although maybe that too) is also a nice touch.

From what I’m told, the full version’s critical path will be a fairly short experience, but there’ll be an awful lot of side-content and extras to find for those who like exploring. Considering how under-used the underwater setting is in games, and considering I quite like wandering vast environments to find more little story details, that sounds pretty good to me. 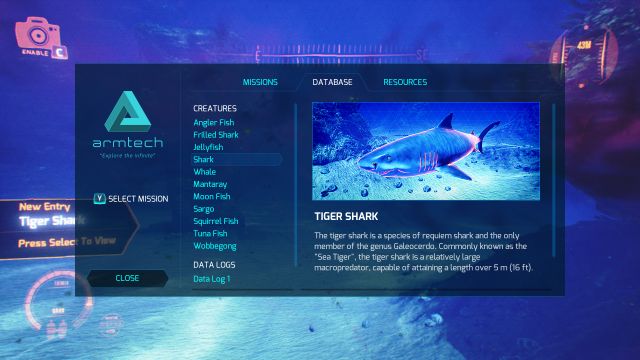 There’s still a lot of work to be done, mind. The mouse and keyboard controls could probably do with a bit of optimising, and swimming is still a touch too slow to really support extensive exploration (despite being pretty much perfect for making you feel very unhappy about swimming near sharks, so they’ll need to be careful there), so there’s plenty that needs to be fine tuned. And obviously, there’s a chance it’s just going to be a follow-the-logs that doesn’t really capitalise on any of its grand ideas or its dark and eerie setting.

But in terms of what Iron Fish is trying to do? I like the setting, I like the atmosphere, I like the ideas. It’s got promise, and I’m eagerly fearing the day when it rises up from the stormy seas of development in all its glory, because it could be something horribly special if done right.

By Steven Wong5 days ago
News

By Kevin Carignan6 days ago
Previews