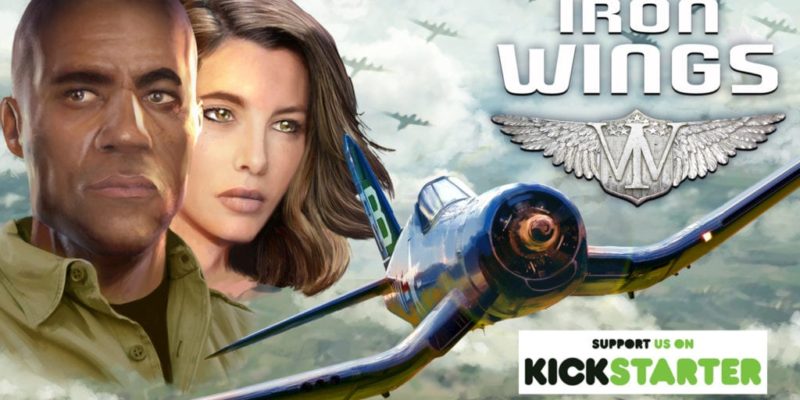 Developer Naps Team has just launched a Kickstarter campaign for a new game called Iron Wings which will take players on a WWII adventure following the stories of two pilots.

This is not a flight sim, it’s about fast-paced aerial combat and the two protagonists, Jack and Amelia, in their fight to take down the Nazis from the air. Iron Wings is mission based with side objectives and Naps Team call it a “flying shooter”.

As the two characters work as a team, players will be able to switch between either pilot during missions and assigning roles to whichever pilot the player is not controlling. Different planes with different weapons can be used depending on the mission.

Planes can also be equipped with tools to help in the fight including items such as search lights, photo cameras, chaffs, and more. Aircraft camouflage can also be utilised to help.

The development team have poured over WWII documents and looked at some of the strange research carried out by the Nazis. The game’s two characters will be hunting down a character called general Adler and a secret team of Nazi  archaeologists and scientists.

The game will also feature ground missions set in locations such as a recreated 1940s New York and operations will also head to European theatres of war such as Itlay, Poland and Germany.

The game looks interesting, there have not been many games like this, the last one I can think of that is similar would be Crimson Skies.

Naps Team who have worked on Gekido and Shadow Fighter are looking for 100,000 Euros and the Kickstarter can be found here.

By Sam Robins37 mins ago
Hardware