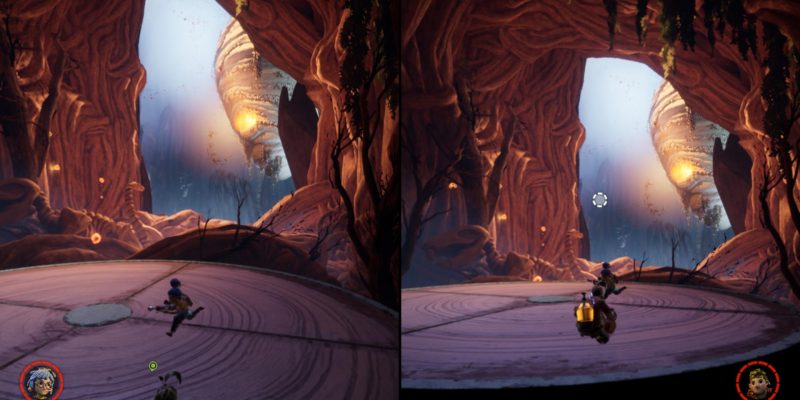 It Takes Two has a lot of different levels, puzzles, and abilities to get a feel for. It’s also a fairly long game for something that requires two people to be connected at all times.

As you and your co-op partner likely won’t want to spend too much time scratching your heads, I’m going to lay out some tips for anyone about to jump in.

Pay attention to your partner

It Takes Two is built around May and Cody using their abilities to aid each other. You absolutely won’t be able to accomplish simple tasks without cooperation. The fact that the split-screen is present even during online play is a bit jarring at first. But trust me, you’re going to need to look at their screen from time to time. May and Cody will occasionally have to separate while one manipulates a contraption and the other navigates obstacles, requiring the manipulator to time their choices alongside the movement of the other player.

There are also combat encounters where one character needs to make an opening for the other. For example, one stage has a large enemy with a shield. One character has to use their ability to lower defenses, while the other has to attack them when said defenses are lowered. During these sequences, it’s necessary to focus on the task at hand. There are times when you can do your own thing, though. 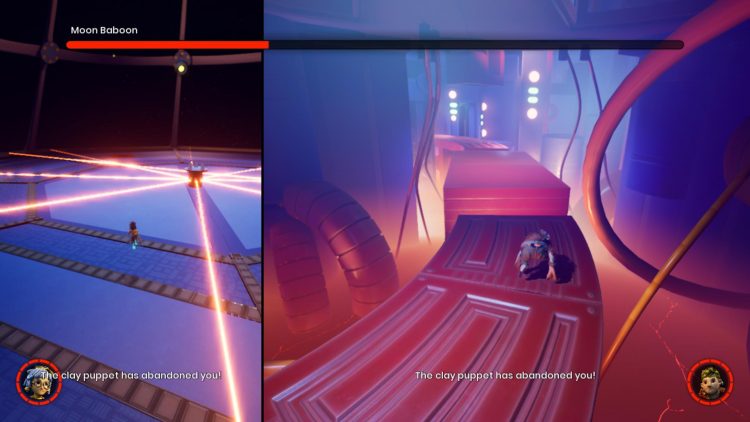 Keep an eye out for minigames and collectibles

The levels in It Takes Two are huge and, if you’re on a tight timetable, you may not want to spend a lot of time exploring. But there are plenty of things that are easy to miss. Hidden items can be found that grant new bits of dialogue. The space level has a device you can use to listen to Dr. Hakim’s thoughts, and you’ll find it hidden on top of a tall object. In the time-based level, you can feed pigs in a barn and load them onto a truck that will circle the place afterward. I know it can be tempting to hurry onto the next thing, but it’s worth looking around.

The minigames are also worth doing and some can be easily glossed over if you rush. They’re very much still part of the experience, though, so try and do them when you see them.

You’ll be doing an awful lot of platforming in It Takes Two, but May and Cody’s movement allows for careful maneuvering while you’re lining up jumps. Both characters can double jump and air dash. You’re going to need to use them to make tricky jumps, sure, but you can also use them to make regular jumps safer. The game allows for a high degree of control, so you might as well make use of it. The same goes for using the dodge roll during enemy encounters. You can spam the move to stay safe.

Do the resurrection mash

May and Cody can resurrect endlessly. If you miss a jump, you’ll respawn right away, but sequences where they have a life bar are different. If they die from taking damage, a prompt will appear onscreen with a heart showing how long it’ll be until they can resurrect. You can button mash to fill this heart up faster, which is a good idea because, if the other character dies, you’ll both have to restart the encounter. It’s easy to watch your partner’s screen in It Takes Two upon death instead of remembering to button mash, so try to make a habit of it and the two of you will see fewer game over screens. 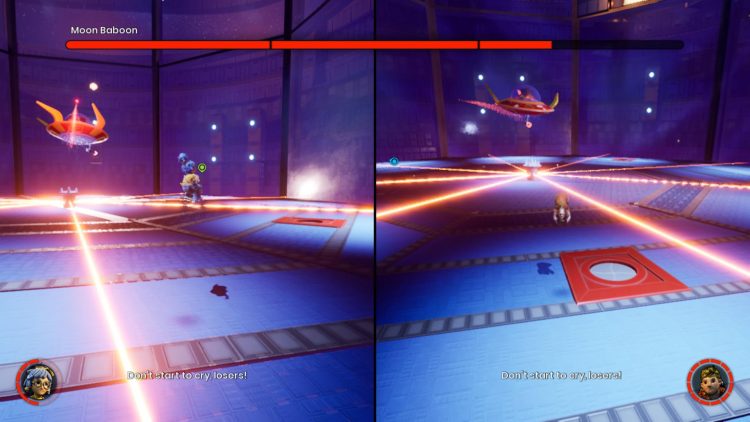 That’s it for our It Takes Two tips. It’s a fairly straightforward game, so there isn’t an awful lot to keep in mind. Just do your best to communicate when there’s an issue and everything will be okay. Just like real life, sort of!

Skip across worlds like a flat rock on water in Exo One, new trailer released