We’re here with some admittedly strange, but overall good news. Starting today, the app for the indie storefront itch.io can be downloaded directly off the Epic Games Store. It’s an unusual move, considering the two storefronts are technically competitors. Each store offers indie games to download and play, although itch.io is more exclusive on that front. However, it’s a bold step for itch.io and beneficial to the countless amount of independent developers.

The itch.io app can be found on the Epic Games Store in its free section. It fits snugly next to other apps that Epic has been adding to its service. Spotify, iHeart, and itch.io certainly make for some interesting bedfellows. Downloading the app is about the same as before, however. After adding it to your Epic Games Store library, installation opens up the app separately. It installs on your PC, and getting started is as easy as creating a user name and browsing the library of thousands of indie games.

With the app separate from the Epic Games Store, sales won’t be affected. Generally, Epic takes a small slice of the pie whenever a game is sold on its storefront. However, no percentage of sales on the itch.io app will go to Epic. 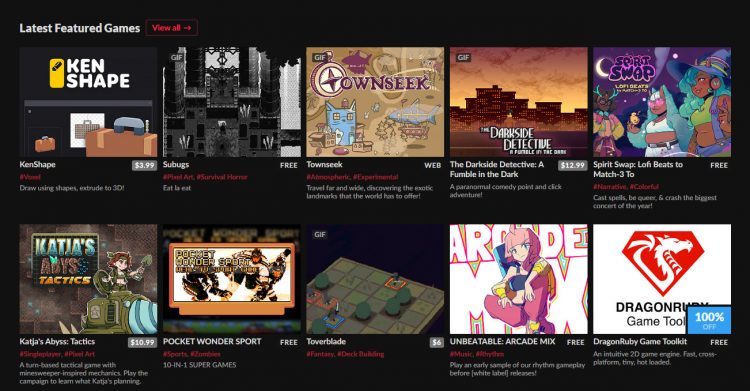 Why is itch.io on the Epic Games Store important?

Having a separate storefront as an app may sound unusual, but it’s actually a pretty big deal. Itch.io is a home to indie game developers, from novices to the more experienced alike. Even though the Epic Games Store houses plenty of indie games already, itch.io is a place for experimentation and some unusual ideas that may or may not take off. Where else are you going to try Mike Tyson’s FORNITE: NES Edition, or games that can be played on a Game Boy Advance? Itchi.io allows creators to upload, set their own price, and build pages. And now their work can gain exposure from millions of potential users on the EGS.

You can check out the itch.io app on the Epic Games Store starting today.