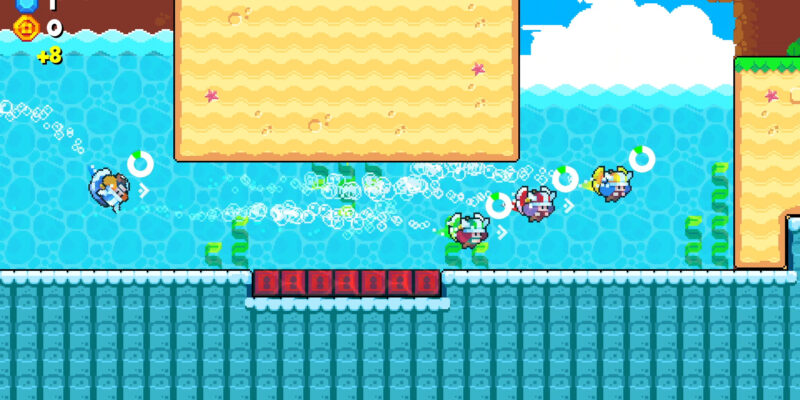 Jack Axe mostly seems like a trollhard game. You know the ones: the games that are clearly designed to make you rage constantly based on BS. While certain sections do hit that metric from time to time, this isn’t that hard of a game. It’s a very short title that can be completed in under four hours and it’s pretty simple, but I had a good time with this one. Between the solid level design, excellent controls, and challenging gameplay, there are plenty of reasons to give the game a go. Just try not to get too angry at the underwater controls.

When the game begins, you and up to three other players can jump in as Jack and her sisters, as they collect tokens to open portals and beat some kind of evil guy. I don’t actually know what the plot is here. The game is divided into six worlds. Your goal in each is to find however many tokens a portal requires and beat the boss to move onto the next world. Most levels need 15, although some need just 10. Beating the boss grants you three tokens by itself, so you don’t have to find them all unless you just feel like it. I don’t think finding extras grants you anything, from what I could tell.

Tokens are shiny and blue and are found all over. The six worlds are separate from one another and each has a main area to navigate. Tokens are often out in the open here. Many are somewhat hidden, though, and can require a keen eye for openings in walls. There are also doors leading to challenge sections that usually have a couple of extra tokens hidden in them. These are more linear and are often tougher than what you’ll find in the main part of the level. Jack Axe is fun enough that I typically tried to find as many tokens as I could, even though I always had more than I needed. 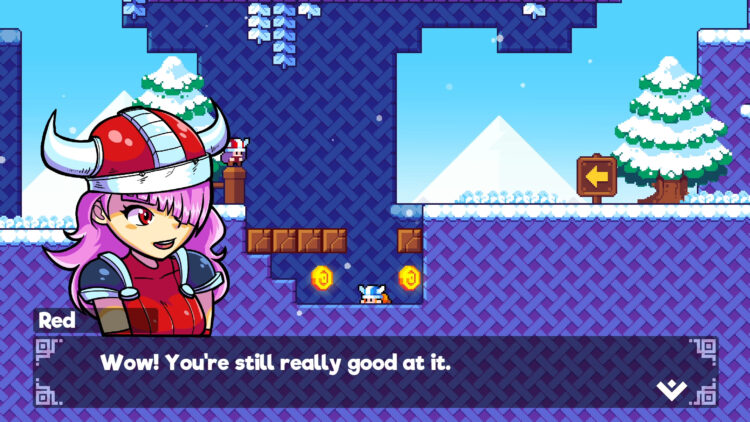 You can’t take it with you

You can’t take tokens with you to the next world, though, as activating the portal will empty your token reserve of whatever you’ve collected. Aside from tokens, you’ll also find gold coins in the environment, as well as from beating enemies. Coins are used to open the aforementioned challenge rooms, but you can also use them to buy new colors for your character. I don’t care much for Jack’s sprite and I cared even less about changing the colors, so I didn’t buy any of these.

What’s aggravating is that you lose 10 coins every time you die. It got to me at times, as entering a tough section with a ton of coins generally means that you’ll have nothing by the time you get past it. But, since the only truly important thing to do with money is gain access to the challenge rooms, it’s not a big deal, especially since there are plenty of places where you can farm for coins. Dying respawns coins too, plus enemies all respawn after a few seconds, so it never takes much grinding at all.

Both Jack and her enemies can only take a single hit in Jack Axe. Just one tap of a spike or one stroll into a foe will see you taken back to the last checkpoint. In the more open parts of the worlds, you’ll respawn at the last blue checkpoint you activated. You activate these and save the game solely by walking past them. They can also be used to fast travel, which comes in handy. Conversely, the game saves your progress for every new screen you enter in challenge areas, as screen breaks also function as checkpoints, although you can’t warp to them. 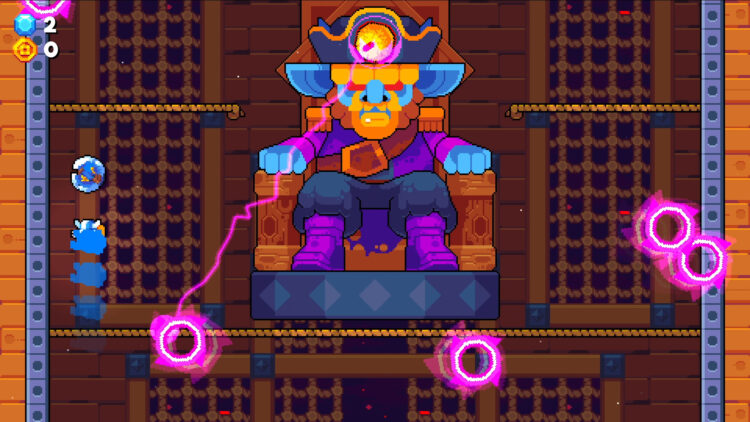 A splash of variety

While most levels just see you finding tokens, there are occasionally other things to do. A couple of worlds are focused on you tracking down cannons to destroy a glass dome, so that you can enter a room located within. One sees you collecting gears to repair a level’s functions, such as claw mechanisms that can grab and suspend you in mid-air. Worlds have different themes too. Yes, there’s a water world. It’s the worst one in the game and I’ll get into why that is in a bit.

Jack Axe controls extremely well. You can move and jump fluidly. You can also throw your ax, and teleport to it. Everything is highly responsive and, once you get used to the particulars, things feel wonderful. Whether you’re using ax warps to give yourself a better trajectory to clear spikes or carefully taking an enemy out of play, everything flows together nicely. You can even jump a second time after a warp, since warping to your ax resets your jump. There’s also wall jumping. Once I got a feel for the controls, progressing through the levels simply became second nature. Most of the last couple of worlds didn’t even phase me.

As for why the water world is so bad, it all comes down to the way Jack handles in the water. Remember when I said that the game controls so well? That isn’t at all true in water. The way moving in water is handled is baffling and was clearly jammed in to add artificial difficulty. You can only reorient your character in circles, so careful maneuvring in the water is impossible. Even worse, Jack can’t stop moving while swimming, as if she’s constantly being propelled forward. Reorienting in a circle is the only way to do anything. This was an awful choice and it makes the water world much worse than everything else in the game. 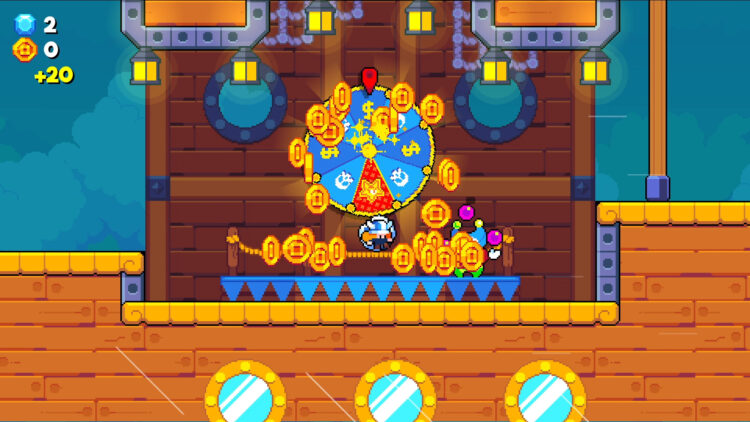 Aside from that, though, the game is tough but fair. I have a finely-tuned nose for BS in games, and this one didn’t set me off like a lot of similar games do. Checkpoints are liberally available and, despite dying in one hit, most of Jack Axe‘s challenges are perfectly reasonable. The same goes for most of the game’s boss battles, which don’t take many tries at all. The first one is one of the game’s hardest. The last boss has a move that feels borderline impossible to dodge during its third attack phase, though, but I somehow dodged it. He isn’t too bad otherwise.

As I said, you can easily finish Jack Axe in less than four hours, but I felt it was long enough. It kind of reminded me of a good NES game, albeit much more fair than those from that era. The field of 2D indie platformers is horribly crowded, but this game is worth a look due to how well it plays. Plus, I like the collect-a-thon aspect, as I’ve always appreciated games that did it right. As long as I don’t have to swim.

Short, but sweet. Well, not sweet. Jack Axe can be borderline sadistic from time to time, but it mostly offers a fair challenge along with great controls. As long as you're not in the water, at least.

Far Cry 6 guide: How to reveal points of interest and military targets

Far Cry 6 guide: Where to find more weapons and armor