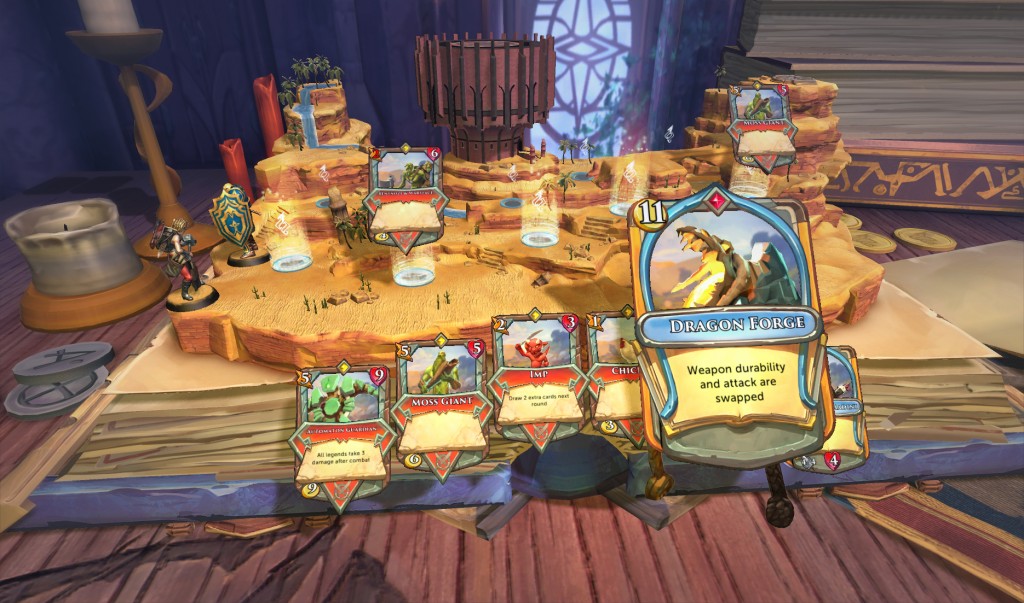 Going by the working title of Chronicle: RuneScape Legends, this new trading card game is set in RuneScape‘s world of Gielinor and will be an attractive proposition for fans of the RuneScape series. The game focuses on what they call “quest building” and players will encounter some of the more familiar RuseScape bosses and monsters. In other words it’s my card is better than your card.

James Sweatman, lead designer of Chronicle: RuneScape Legends, unveiled the game at RuneFest and had this to say:

“We’ve been quietly developing Chronicle: RuneScape Legends since the start of the year to ensure that it’s not only a fun and compelling player experience, but one still very much interwoven into the rich lore of RuneScape. We’re looking forward to sharing more information on the game over the coming months, especially in regards to Chronicle’s debut on tablet and mobile!”

There’s no doubt there’s similarities with the super popular Hearthstone from Blizzard which has done very well for them, and now the large RuneScape community has their very own online trading card game to play with.

“RuneScape has been the foundation for Jagex’s success for more than 13 years, and it’s exciting to broaden the brand’s appeal with the compelling quest building gameplay offered by Chronicle,” said Phil Mansell, vice president of RuneScape. “Chronicle: RuneScape Legends represents an important step for Jagex as we add a new game into the RuneScape family. This announcement tops a strong 2014 where our flagship title has continued to thrive.”

The game is due to launch next year on PC, Mac, tablet, and mobile platforms.