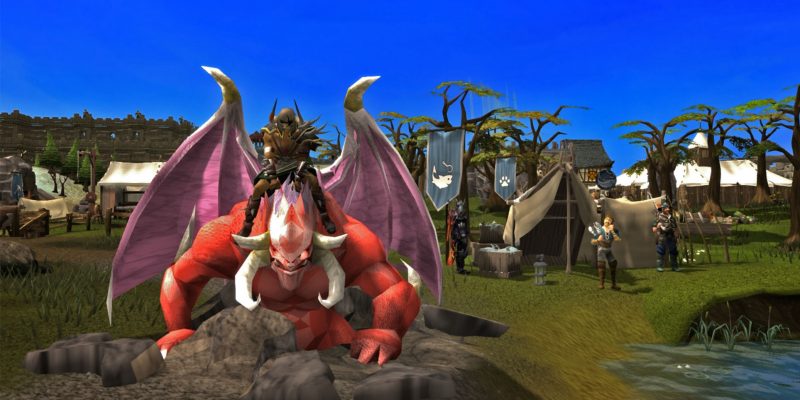 Back in the day of CRT computer monitors, there were plenty of great games to play, but not many you could play for free. RuneScape changed that, giving hundreds of thousands their first taste of fantasy MMO gameplay for nothing. The game, famous for its party hats, retro tunes, and funny dances, is turning 20 this year, and developer Jagex is celebrating with a year’s worth of events for all players.

RuneScape originally launched 20 years ago today, on January 4, 2001. Since then, the game has amassed a massive player base. The game has almost 300 million registered player accounts with over 1.2 million paid subscribers joining in 2020.

Jagex is kicking off the 20-year anniversary celebration for RuneScape today with The Grand Party. This in-game event will reunite players with some of the game’s iconic cast of characters. For the next year, The Grand Party will give players access to a host of new content, including a new multi-part questline. The game will also be getting a second story-based quest in which the game’s Elder Gods rise once again.

More ways to play than ever

It should be noted that all of that content is only for new RuneScape. However, Old School RuneScape will also have its own suite of new content. This throwback version of the MMO has its own anniversary event starting on January 6. Players will be able to team up with the Green Gnome Child for an adventure through classic RuneScape territory and battle against demons and dragons. Players that complete this quest will be awarded a special cloak and Gnome Child dedication. 2021 is shaping up to be big for this version of RuneScape, which will also be releasing on Steam this year.

That’s not the only new version of RuneScape releasing this year though. After being in early-access, RuneScape will also be launching on mobile devices this year. Although there’s no specific release date yet, players will be able to log into RuneScape on their phones or tablets with full cross-platform play.