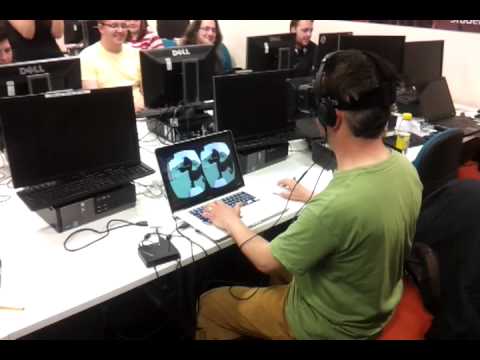 If you have the next great virtual reality 3D-o-rama game idea, Oculus Rift wants to hear from you. The company is organising a three week long, global game jam to search for “innovative” VR titles, and offering rather decent cash prizes in return for the top three games. Anybody can submit a game, but the titles will be judged in two categories: the open call (for everyone) and a separate line-up of previous Indiecade developers.

The grand prize winner will get $10,000 USD in used bills (may not actually be used bills,) travel and lodging for one member of the team to display the title at October’s Indiecade Festival, a trip to say hello to the Oculus Rift team at their HQ and some other bits and bobs too. You can read the whole run-down of prizes and rules at Oculus’ site for the jam.

Sadly, the Molyjam Winner Dogulus Rift (below) will not be eligible, as it has already been developed.

Back to the Sims: The Sims 3 go INTO THE FUTURE