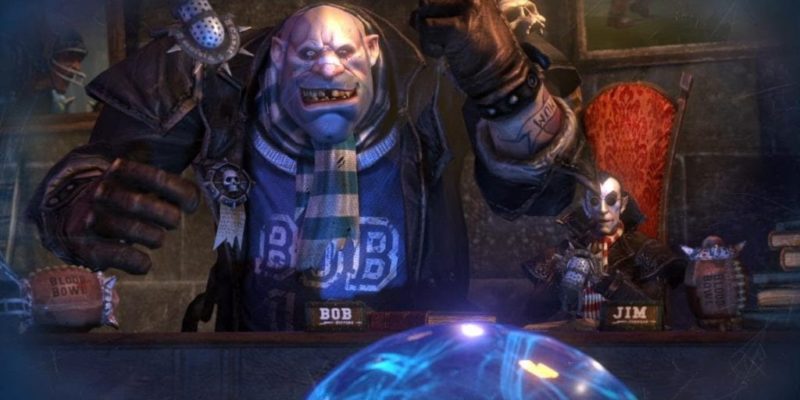 Last we heard of Blood Bowl II was back in February when the game was revealed via tweetage. Not much was divulged then, and not much is being divulged now. The teaser trailer features the commentary duo of vampire Jim Johnson and Bob Bifford the Ogre, welcoming players to Cabal Vision HD.

This, apparently, will serve as a rejigged user interface for the game (hooray!) The Cabal Vision studio will now be the user interface, as Jim and Bob watch on and offer their expert commentary. Without any screenshots or gameplay it’s hard to know what to make of that, but it surely can’t be worse than the current Blood Bowl UI. Can it?

In terms of concrete information, that’s about it. It’ll be more Blood Bowl. Hopefully with a fully functioning skill set and a proper introductory tutorial for those who don’t know the tabletop game rules this time.

Respawn’s Titanfall will be coming to the PC