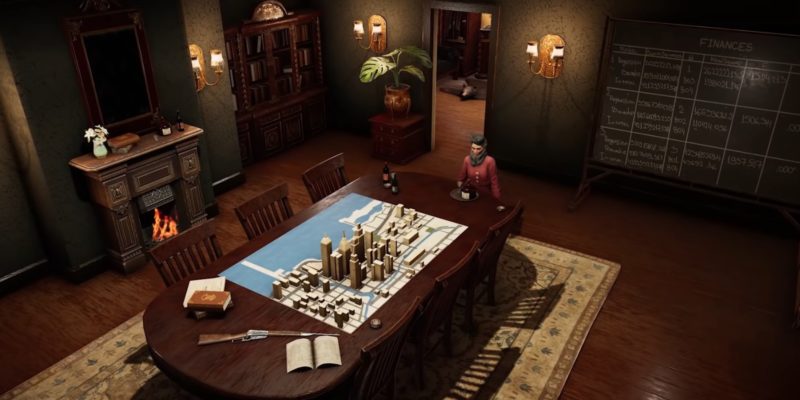 If you did not already know about Empire of Sin, you are in for a real ride. The upcoming Prohibition-era gangster strategy game coming from Paradox Interactive and Romero Games brings us back to Chicago in the 1920s. Vie for control of the city as one of 14 unique crime bosses, with many based on historical figures. From Al Capone to Dean O’Banion, it is a who’s who of criminal masterminds. Now, we get a glimpse of an even more amazing boss, Elvira Duarte, as part of the Mother’s Day celebration at the studio behind Empire of Sin.

Not only did Elvira oversee an empire of brothels, but she definitely held her own against the other mobsters. To make it even more surreal, she is very much real — and the great grandmother of industry legend John Romero. As revealed by fellow legend Brenda Romero, the game director of Empire of Sin, this is one badass lady boss. Plus, who would not want to use her purple smoke mind-controlling powers? Bribes are no match for the charms of Elvira Duarte, and eliminating someone once their usefulness expires — that is a true mark of a criminal mastermind. 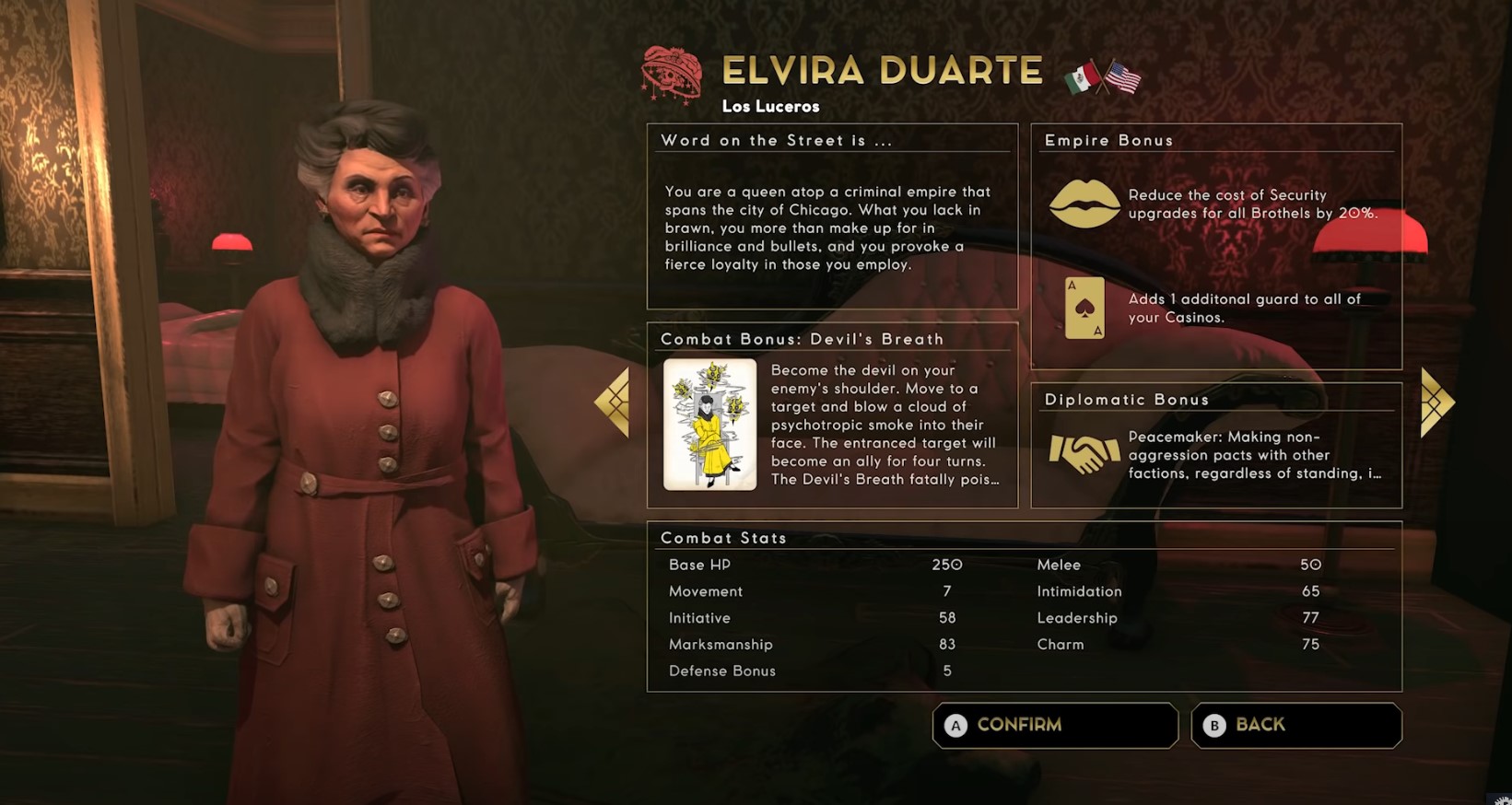 Of course, Empire of Sin does take some liberties with its historical accuracy. However, its brand of turn-based strategy will be familiar to most. The likes of XCOM: Chimera Squad and Gears Tactics have brought the genre roaring back. Empire of Sin will likely further the interest in the strategy arena with its unique take on tactical simulation not seen in a while.

Empire of Sin was initially slated for release in spring 2020 but has since been delayed. We can look forward to engaging in all-out gang warfare in autumn 2020 instead. With such a strong foundation provided by legendary developers, the delay will only make the game better. Here’s hoping that Empire of Sin is all we are looking for and then some.