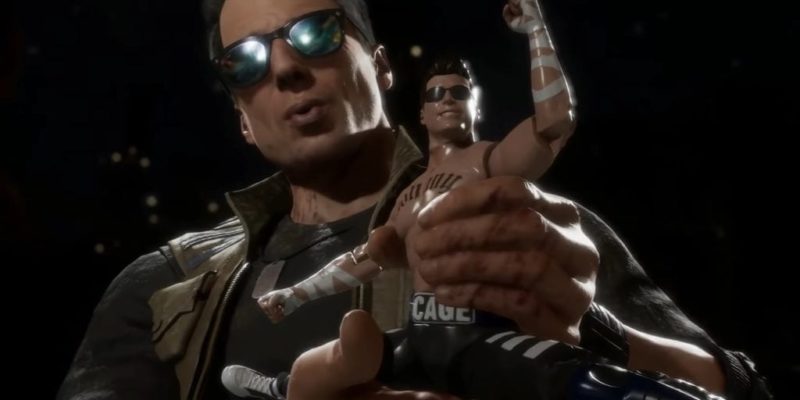 To the surprise of almost no one, Johnny Cage will return to the fighting stage in Mortal Kombat 11. One of the original fighters dating back to the 1992 original, Cage has been featured in nearly every release since. While his style has changed over the years, he still retains the dark shades as well as the cocky attitude we know and love (or despise, of course). In Mortal Kombat 11, he brings back some familiar moves, as well as some new stunts.

You can view his classic and new moves in a reveal trailer posted earlier by IGN. Like in previous games, Cage still pummels opponents (Kabal, in this case) with his usual toolkit. He still has his Forceballs, and both his Shadow Kick and Shadow Uppercut make a return. So too does his iconic Nut Cracker — can’t be Johnny Cage without that one. He can still tag in a stunt double, which looks like an actual person now instead of a shadowy figure.

Johnny does have some new moves, however. He can snap a photo to temporarily stun his opponent. Also, I can’t help but laugh at his mime routine. In what looks like a counter ability, Johnny mimes out the classic “stuck in a glass box” joke. Enemies who attack during the gag get a face full of punches. He can also toss his sunglasses like a projectile. Don’t worry though, Johnny always has another pair. In his Fatal Blow attack, Cage wields his Best Actor award like a cudgel, and I really can’t expect any less. 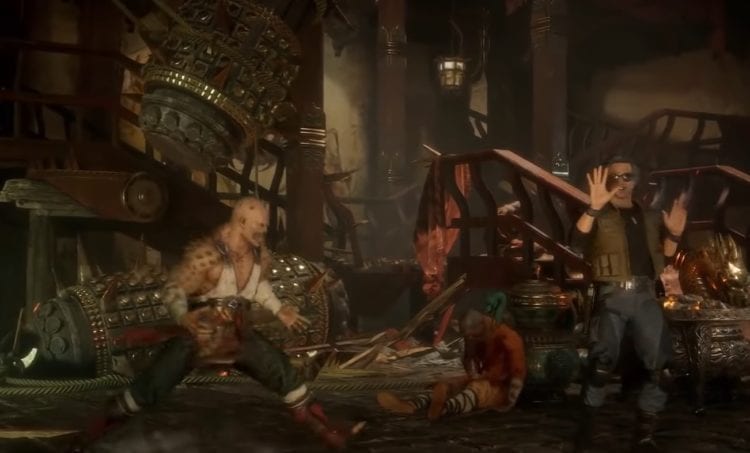 You gotta love that goofy face he makes during his little mime routine.

Where Do You Get These Guys?!

Thus far, from what we’ve seen in Mortal Kombat 11, the game’s Fatalities are on a whole other level. Unsurprisingly, Johnny Cage can’t help but hog the spotlight, bringing one of the best in the lineup. In what appears to be a throwback to his uppercut beheading Fatality from the original game, we see Johnny struggling with his fellow, erm, actor. After the uppercut fails to knock the head off, Johnny goes for multiple movie set-takes as he complains about the other actor not pulling his weight. It’s gory and hilarious and everything you can like about Johnny–who also can’t help throwing out a cheeky middle finger to his dead foe.

We expect to see more Johnny Cage later today during NetherRealm’s Kombat Kast. Generally, these are short spotlights of revealed characters for Mortal Kombat 11. Even though Johnny’s reveal was dropped a little earlier this time, the Kast should still cover him and go in depth with his fighting style and moves. Catch it at 1 PM PST on Twitch.

Civilization VI: Gathering Storm – Hungary Might Be The Best New Civ Around