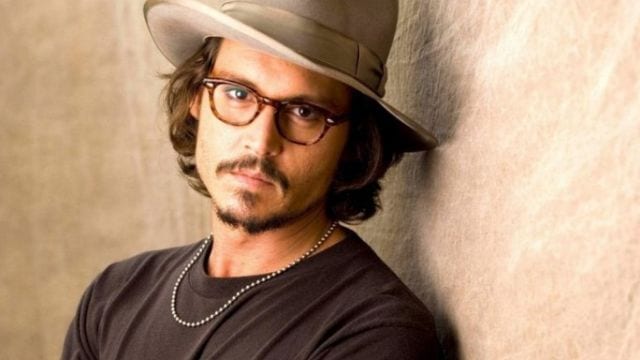 Update: Well, that was fast. Cloud Imperium have firmly denied this, telling us “No, no Johnny Depp in Squadron 42“, and that with the ensemble cast – Gary Oldman, Gillian Anderson, Mark Strong, Liam Cunningham, Jack Huston, Andy Serkis, etc. – it’s possible that John just got some names mixed up. Perhaps he meant Gary Oldman?

Either way, it doesn’t look like Depp will be making his debut as a space pirate in Squadron 42.

Original story: Johnny Depp might be involved in the Squadron 42 part of Star Citizen, if cast member John Rhys-Davies is telling the truth.

Rhys-Davies – who plays security chief Randall Graves in Squadron 42, and is extremely well-known for playing Professor Arturo in Sliders and is slightly less famous for roles as Gimli in Lord of the Rings and Sallah in the Indiana Jones films – made reference to Depp in a Star Citizen interview with Manx Radio, an Isle of Man radio station. This may be the first time they have ever been cited as a source for videogame news.

I’d be sort of surprised if Depp was involved, simply because that’s a hell of a thing to keep secret, but either Rhys-Davies is mistaken or he’s leaked Depp’s involvement. Either way, he mentions Depp twice in the interview:

“[Chris Roberts] called me up, sometime right at the beginning of last year, and said ‘Look, I’m doing something else. It’s got Johnny Depp in it, and Mark [Hamill] is coming back, and I want you to come back.”

And then, a little later:

“You, the player, are of course the young hero, aided by the Old Man – who is of course Mark Hamill – and you get to interact with me, and of course with the marvellous Johnny Depp. And a lot of other people as well, but since I haven’t actually got the cast list with me, I can’t actually mention them.”

So, well, John Rhys-Davies seems pretty certain that Johnny Depp is involved with Star Citizen‘s Squadron 42 component, but this is the first time I’ve heard any such thing. I’ve reached out to Cloud Imperium to see if they’ll confirm or deny this.

You can listen to the interview yourself over on the Manx Radio website, possible regional restrictions notwithstanding. It’s at about 54:45 on the Mandate show for 19th January, and this link should take you right to that particular show.

(And in case you’re wondering how Manx Radio got an interview with John Rhys-Davies, the acclaimed actor is an Isle of Man resident.)

Thanks to my dad, who wishes to remain anonymous, for giving us the heads-up on this story.