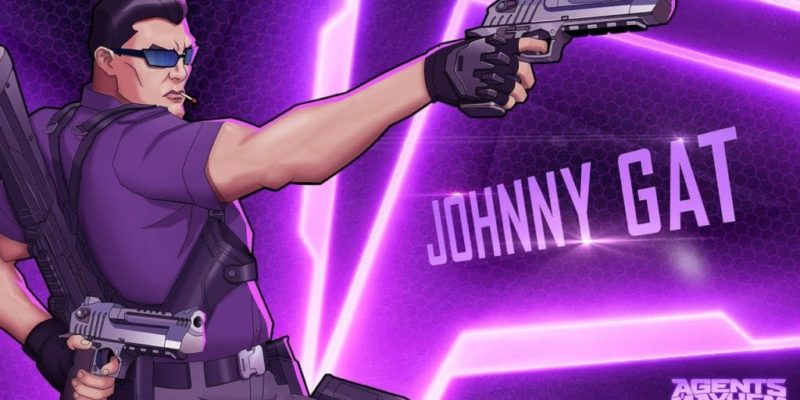 Saints Row’s  Johnny Gat is joining the Agents of Mayhem as the game’s 13th agent. Volition has explained how this is possible.

The “Have God recreate the Earth and retcon the entire world of Saints Row” ending of Gat out of Hell means that the dead don’t stay dead.  Johnny is back where he was born, Seoul and he’s a cop; the events of Devil’s Night left Johnny in a coma.  On waking almost a year later Johnny discovers that all of the Seoul Metropolitan Police Agency have been wiped out and replaced with C.O.P robot units.  Johnny hates robots but loves guns and his reputation for wanton destruction makes him the perfect fit for MAYHEM.

Gat will be available with Steam pre-orders which will include his unlock mission, his personal mission, vehicle and character and weapon skins, and the voice of Daniel Dae Kim. A pre-order will also include the “Legal Action Pending” skin pack for Hollywood, Hardtack, Fortune, Braddock, Yeti and Daisy.

Shenmue 3 delayed to latter half of 2018