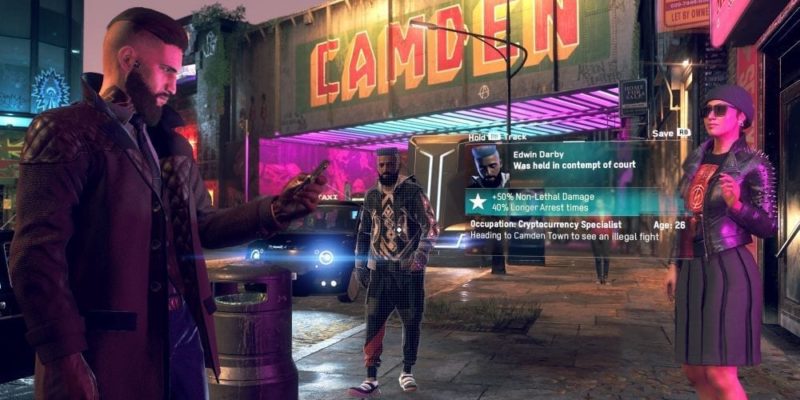 Each character has their own traits, and their own voice.

You know what? I’m not excited for Cyberpunk 2077. There, I said it. I’ve been nothing but underwhelmed by every trailer I’ve seen thus far, and I don’t think I can take Keanu Reeves seriously after watching Johnny Mnemonic for the 27th time last weekend. We really live in an age where there isn’t any shortage of quality titles, and I feel like getting caught up in the hype over one game is only setting it up for failure. Also I think the whole cyberpunk aesthetic is tacky.

Now that all my credibility is gone, let’s take a look at what titles I’m the most excited for in 2020.

Medal of Honor: Above and Beyond

The year 2019 will forever go down as the year where I absolutely fell in love with Virtual Reality. I literally went into debt this summer just so I could have my ideal VR set up in my dorm room. I’m not sure what that says about the accessibility of the platform (or my own lifestyle choices), but oh man it was worth it. This year had so many amazing VR releases: Trover Saves the Universe, Space Junkies, Boneworks, Wolfenstein: Cyberpilot (okay, maybe not that last one), and it really feels like developers are starting to fully understand understand how to develop for the platform.

So you bet I absolutely lost my marbles when I saw that Respawn Entertainment were building a Medal of Honor title from the ground up in the form of Medal of Honor: Above and Beyond — exclusively for virtual reality. While we haven’t seen much of the game thus far, Polygon called it “the most advanced and most enjoyable VR shooter [they’ve] yet played,” and from what we have seen I’m inclined to believe them.

Not only will Above and Beyond feature an almost unheard of 10- to 12-hour long campaign (seriously, that’s insane for a VR game), but each level will be fully interactive. If anyone is capable of delivering on a title this ambitious, it’s Respawn. And I’m uncontrollably giddy at the idea of a real feature-length VR narrative shooter. Please EA, don’t mess this up.

I hate to say it, but I’m a sucker for a good game trailer. I played the heck out of Dead Island after being moved to tears by it’s announcement cinematic back in 2011, and probably would have fallen for the sequel as well if it had ever released.

Sure, I was 13 at the time, so my “BS” meter had yet to fully develop. But even now when I see a trailer that showcases something new or unique I can’t help but feel compelled to give it a shot. So when I saw a hacker grandma folding people like they’re laundry in Ubisoft’s Watch Dogs: Legion premier this past year, I couldn’t contain my excitement.

I liked the original Watch Dogs back in 2014 (so much so that I made this terribly cringey gameplay video), and I really liked Watch Dogs 2 when I got around to playing it this past year. Therefore by the associative property of threequels, Legion hasto be good…right?

Joking aside, it looks like Ubisoft is bringing plenty of fresh ideas to the table with Watch Dogs: Legion, including the ability to recruit any character in the entire game to your cause. Each potential protagonist has unique abilities and stats which cater to different play styles, kind of like Dishonored meets Sonder. meets Rimworld — that seems pretty neat to me. Not to mention the developers have plenty of extra time to nail Legion considering it’s delay in 2019, so there really isn’t any excuse for a shoddy PC port or cut corners (although it is Ubisoft we’re talking about here).

I also hear there’s a character called Karen and her ability is to talk to the manager of England and win the game instantly, seems a bit overpowered if you ask me.

There isn’t a ton to say about Gods and Monsters to be honest, but that’s sort of the allure. Ubisoft dropped the trailer on us earlier in 2019 and since then we haven’t gotten a whole lot other than a delay from Q1 to Q3 2020, but that gives us a whole lot of room to speculate.

I exclusively play my games on PC nowadays and haven’t gotten my hands on any first party Nintendo titles in quite some time, so the idea of the Assassin’s Creed: Odyssey devs knocking off Breath of the Wild with Fortnite graphics and the gameplay of Monster Hunter: World really has me in a tizzy. What we do know is that Gods and Monsters will be Ubisoft’s “most open game ever” and will have you running errands for an array of Greek Gods in exchange for special upgrades and weapons.

While my other picks may be a bit more based in reality, I always get excited for new IPs — particularly from studios who have delivered in the past. The sky is the limit for Gods and Monsters, but such was Takedown: Red Sabre and we saw how that turned out.

What do you think of my picks? And what games are you most excited for in 2020?

PC Invasion’s Most Anticipated Games of 2020

By Kevin Foley35 mins ago
Features

By Jason Rodriguez6 hours ago
Features