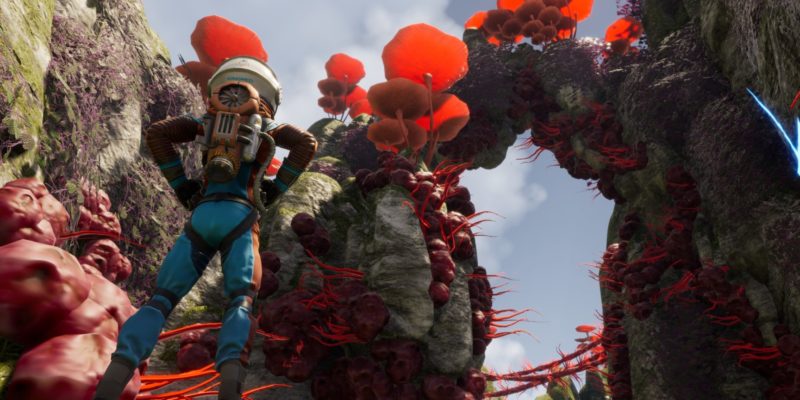 One of the most pleasant surprises of 2020 has to be Typhoon Studios’ Journey to the Savage Planet. Its brilliant level design, great platforming, and the freedom it affords you on a bizarre, uncharted planet make for hours of fun. And to make things even better, the developers and publisher 505 Games have released an expansion. Available now, the Journey to the Savage Planet – Hot Garbage DLC is “far from a heaping pile of flaming space debris.”

For a low price of $7.99, you can start a new exploration expedition to the smartly named planet of DL-C1. Continuing your employment with Kindred Aerospace, your job is to investigate reports of “strange spikes in pollutants” at a “new interstellar waterfront resort.” Forget tropical beaches and lovely views, bring on the toxic waste and killer robots.

The planet is rife with corporate shenanigans, as you will soon discover. Vyper Corp, “voted 2nd Best in Space,” is polluting the planet, and who better to stop them than you.

Players can expect new gear upgrades and abilities, including lead boots to explore the depths of the oceans. You can even sprint as much as you want with the new unlimited stamina ability. You could take flight in the typical Savage Planet kind of way, or maybe you’d rather don a hazmat suit to explore toxic areas. The expansion also provides more stuff for you to add to your collection.

Flora and fauna found on DL-C1 need to be scanned, and thankfully, you will not be alone. The trusty AI narrator from the base game will be joined by Kronus, Vyper Corp’s dastardly companion. Kronus will serve to provide you with (less than constructive) feedback throughout Hot Garbage. 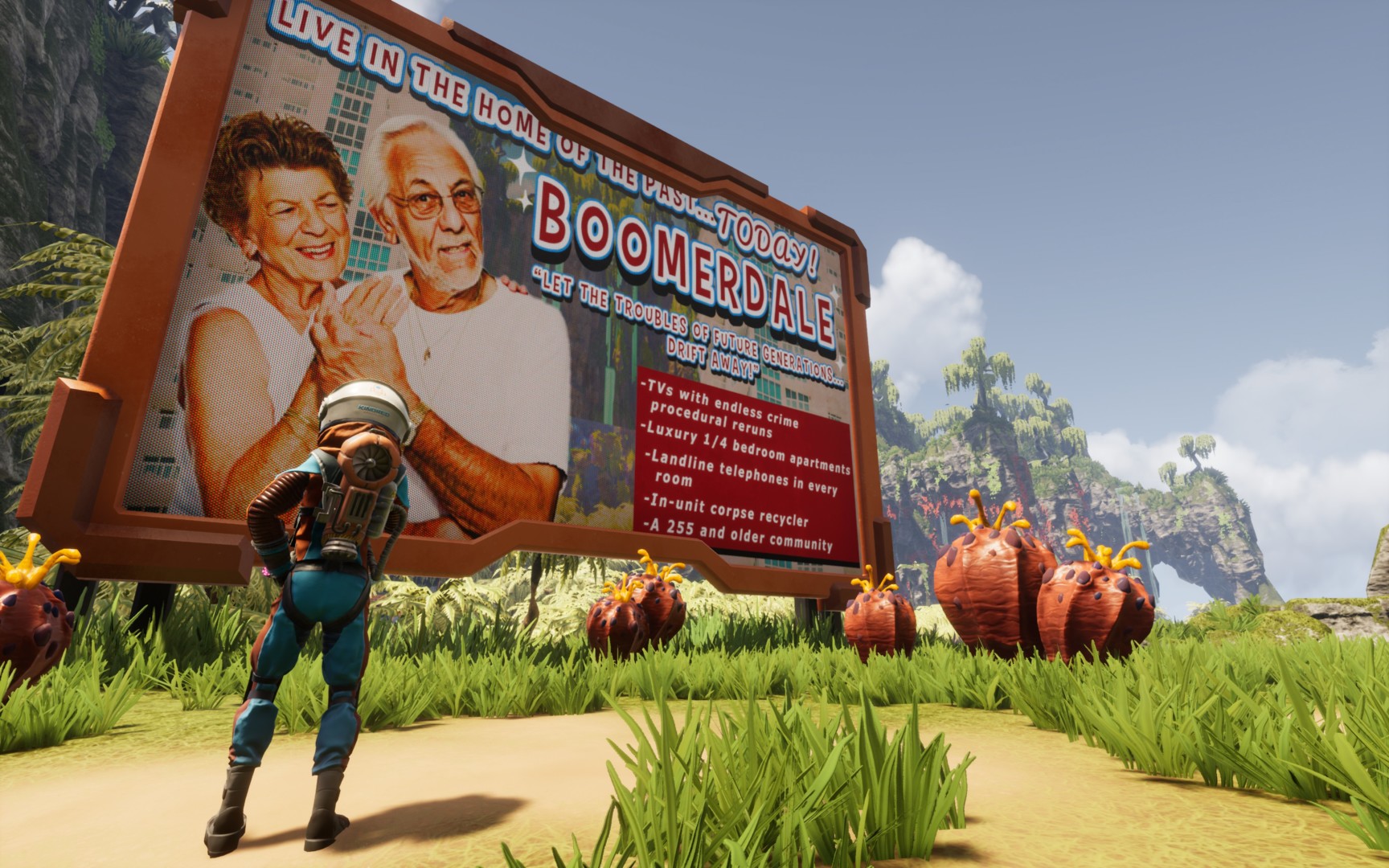 In our review, we found Journey to the Savage Planet to be full of memorable moments that were too fleeting. It’s a great experience pulled back by uninspired combat, lack of enemy variety, and too short an experience. Hopefully, with Hot Garbage, things will continue on an upward trend. Kindred Aerospace could really use your help.