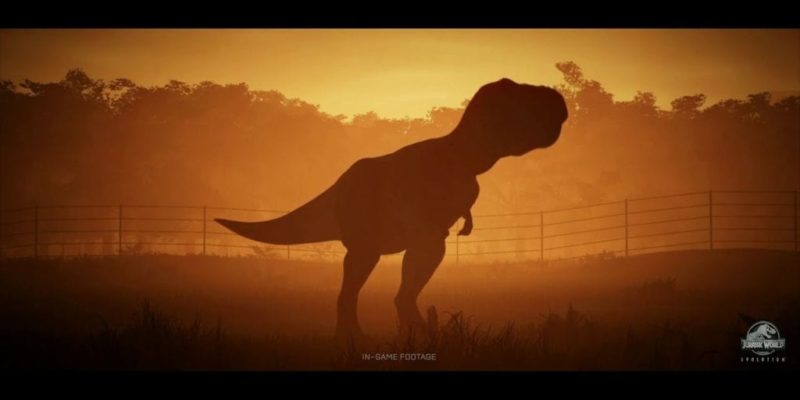 Frontier want their game to give people the “core fantasy that’s in the movie.” That is to say, you’ll be bioengineering dinosaurs, attracting guests to your park, and building up a business. The title will span five islands, each with their own characteristics and challenges. Each island will also be a bit of a clean slate, a chance to approach the dinosaur park business in a new way.

Your overall aim in Jurassic World Evolution is to be the world’s preeminent dinosaur expert. There are three main pathways to that goal, dubbed Entertainment, Security, and Science. Entertainment is about attracting as many tourists to your park as possible and giving them a great show. Security concerns how you manage the most fierce and dangerous dinosaurs (a risky proposition). And Science is about understanding how the dinosaurs live, how they function, and other scholarly pursuits.

Frontier say it’s up to you whether you pursue multiple pathways at once, or focus on one. Experts in each area will assign you tasks and contracts. These will be specific targets, such as uncovering a complete genome for one type of dinosaur.

In addition, Jurassic World Evolution will have a further layer of management; “managing disasters”. They want to represent things not going according to plan (much like every film). So expect things like tropical storms to affect your infrastructure, either harming the welfare of the dinosaurs, or letting them loose among the public. The counterpoint to the usual building gameplay in these titles will be how you respond and react to a crisis to keep your business going.

A couple of other bits of information were divulged too. An ‘Ingen Database’ will fill up as you unlock information about both the game and the films. At the start of the game you’ll be sending dig teams to fossil sites to help you start bioengineering dinosaurs. This process will begin with extracting DNA and (if you wish) adapting the genome. You’ll then incubate eggs, and ultimately let the new dinosaur roam free in your park (where you’ll need to care for it).

Jurassic World Evolution is coming to the PC in 2018. Here’s the aforementioned in-engine video, plus a couple of images from the panel. If you want to watch it in full, it begins around 23 minutes in on Frontier’s stream. 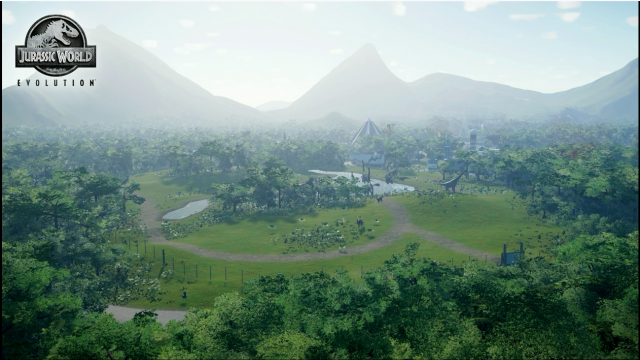