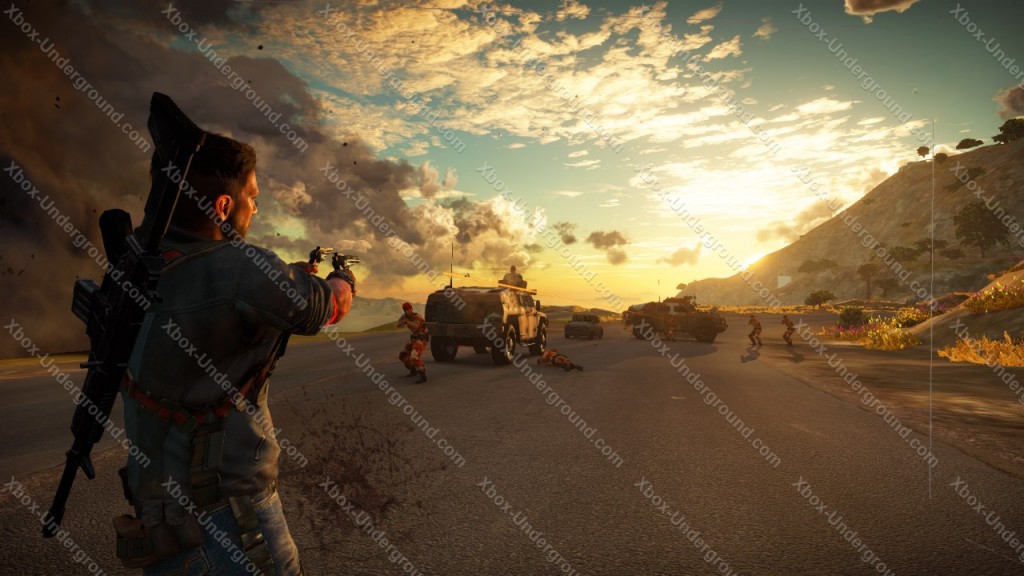 In case the leaked screenshots showing microtransactions galore were not proof enough, there’s now official word of Just Cause 3 coming to PC. The game is on the cover of GameStop-owned magazine Game Informer, who also have a few new bits of information about the upcoming sequel.

Nothing about the microtransactions though, which prior to this point was the main thing we knew about Just Cause 3, thanks to some leaked images from a debug build.

Update: Avalanche says the microtransactions are officially out, hooray.

In addition to that, we now know that the game is scheduled for a 2015 release on PC (as well as Xbox One/PS4) and that the grappling and parachute mechanics from the second game will be returning. These are also said to be “improved” in some way.

The setting this time will be a “a fictional Mediterranean archipelago” and Rico Rodriguez appears to have been replaced with somebody rather more generic looking for this one. Which is potentially a bit of a shame.

Where is the IncGamers Assassin’s Creed Unity PC review?