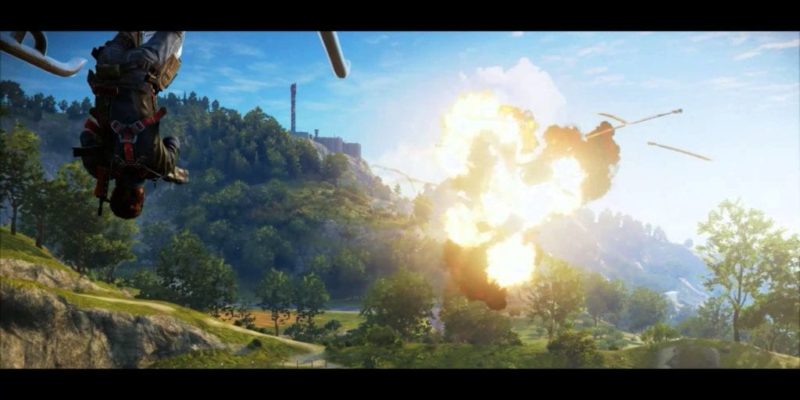 As promised, there’s now an ultra-shiny gameplay trailer for Just Cause 3, and you can see it in this very story. Gosh!

Just Cause 3 sees Rico Rodriguez heading home to the Mediterranean island of Medici where he’ll be taking on General Di Ravello, which – judging by this trailer – will primarily be done by shooting guys, and smashing jets into things, and slowly walking away from massive explosions.

As literally anybody could’ve predicted, there’s also a pre-order bonus. Putting down your money before the game launches will net you the Weaponized Vehicle Pack, offering a trio of luxury vehicles outfitted with enough firepower to start and finish a war.

The trailer is made up entirely of gameplay footage, albeit taken at cinematic angles. As such, what you see below is what you’ll see in game, assuming you have a PC with enough grunt to run it.

Just Cause 3 is due out this winter. Or “holiday”, if you prefer to call it that.