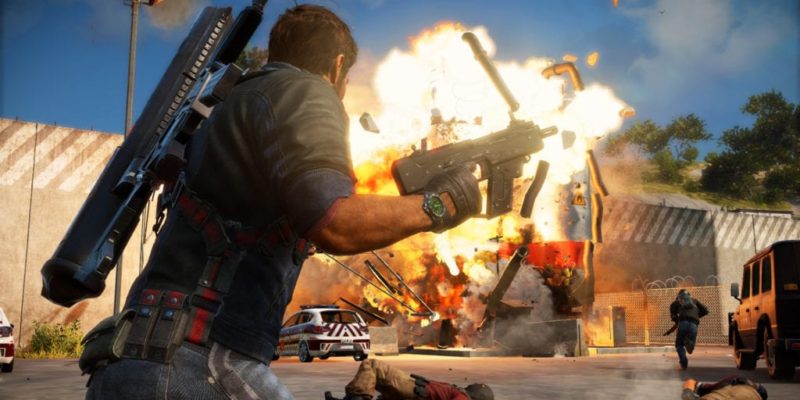 That General Di Ravello doesn’t seem like a very nice chap; in this Gamescom Just Cause 3 trailer he’s encouraging his men to burn down towns and kill Rico’s friends.

Mind you the rest of the trailer shows Rico pissing about on the dictator’s island, blowing up everything in sight, and shooting all of his army. So, you know, maybe he’s just looking out for the local economy.

It’s a short but sweet Just Cause 3 gameplay snippet, showing more wingsuit gliding and gigantic, fiery explosions. Which, after all, is what this series is about.

The game will be released on 1 December this year.