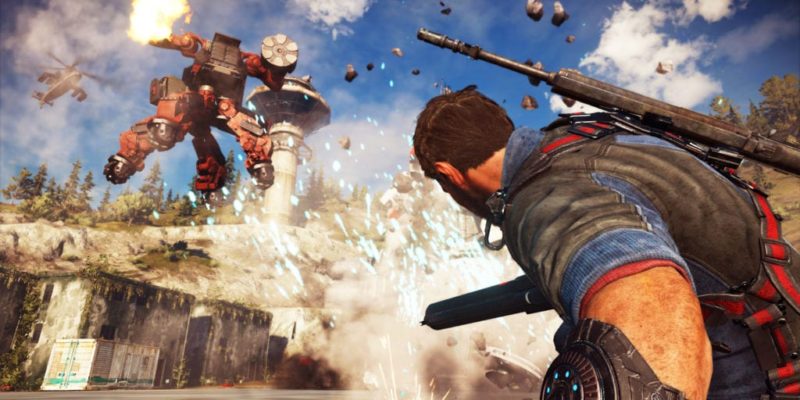 Just Cause 3’s Mech Land DLC will be with us very soon, 3 June to be exact for Expansion pass holders and 10 June for everyone else.

In the new content, Rico Rodriguez heads off to the island of Lacrima to infiltrate the eDen research base and a prison camp which is heavily protected by mechs. Rico’s main weapon of choice will be the new Bavarium Power Core rifle which is perfect for taking down the mech’s shields.

“The Bavarium Wingsuit from the Sky Fortress DLC fundamentally changed how Rico could traverse Medici. This time, we wanted to shake up how Rico interacts with his environment in a similar way,” explained Tobias Andersson, Senior Producer at Avalanche Studios. “The new Mechs allow Rico to throw enemies, vehicles and chaos objects around like tennis balls – increasing the scope for physics-based fun. Whether you’re juggling a small car or punching helicopters out of the sky, the Mechs give you the opportunity to mess with your surroundings in creative, explosive ways.”

SUPERHOT VR will be free but it’s an Oculus exclusive