Two more screenshots purporting to be taken from an Xbox One debug build of Just Cause 3 have shown up, watermarked with the same source as before. These two came my way via the AllGamesBeta twitter account.

Have a read of that prior story if you’d like my opinion on why these are likely to be real, and how they fit into Square Enix’s wider strategy with its Western properties like Deus Ex and Hitman.

Update 11 November: Microtransactions are officially out of the game. This bodes well for those other Square properties.

Once again, the images suggest a title full of microtransactions. I’d be staggered if the user interface portrayed here is anything close to what the final version will ship with (because it looks terrible,) but the groundwork is clearly there for in-game currency purchases and (oh god) cooldown timers.

Since when does a Just Cause 3 protagonist even consider renting something? Rico Rodriguez didn’t rent vehicles. He took them.

Anyway, here’s the other new image. 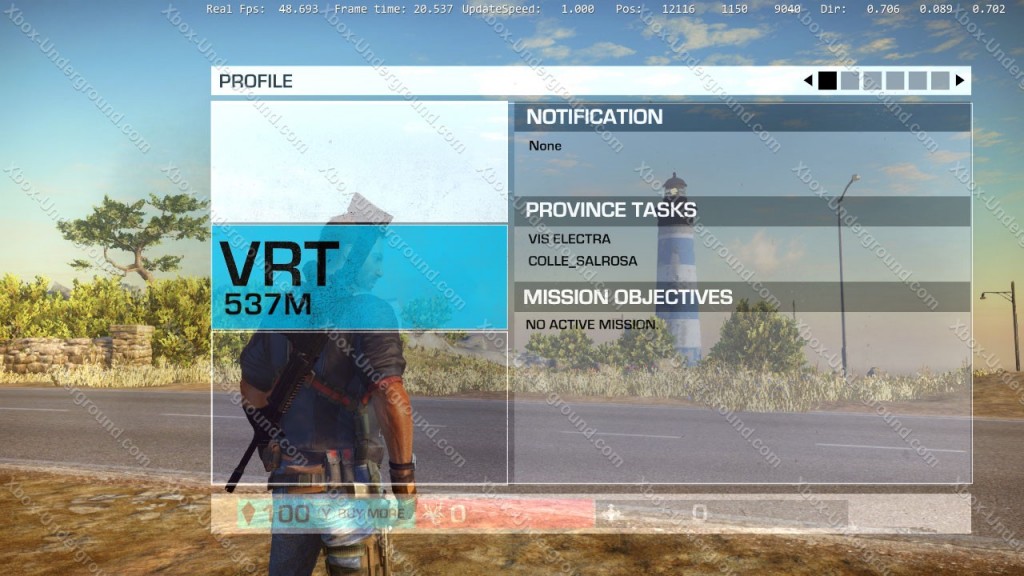 Interestingly enough, Avalanche founder Christofer Sundberg (he of the “microtransactions will be the next generation of games” tweet in the previous news post) has somewhat responded to queries about the possible direction of Just Cause 3. Here’s his tweet.

I’m not entirely sure what to make of that. It looks sort of like a denial that Just Cause 3 is straight up free to play, but that raises the alarming prospect of it being a $50-60 game which includes microtransactions as well. Which, if anything, would be worse.

Granted, this is a lot of conclusion-jumping from some alleged debug build screenshots but, well, I defy anybody who enjoyed Just Cause 2 to look at that first screenshot without feeling a little bit of concern.