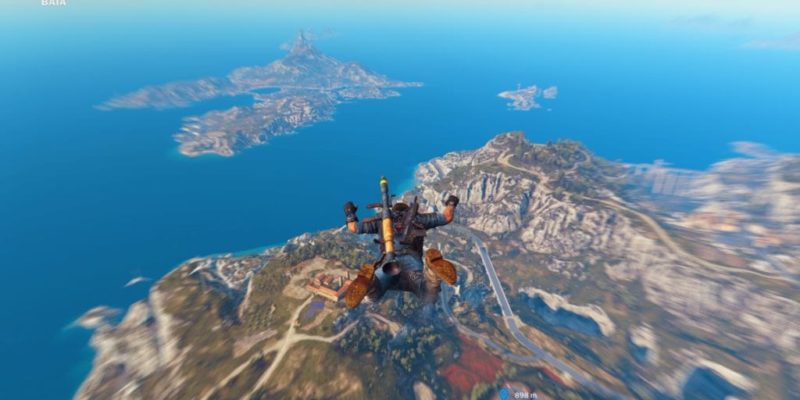 Rico’s adventures in explosions and long loading times have been updated today, as Just Cause 3 turns into version 1.02 courtesy of a new patch. It should download automatically through Steam, in the usual manner.

People will be pleased about that first one, especially.

Avalanche note that that they are “working hard” to alleviate other performance issues, so this isn’t going to be the last patch we see for the game. They’ve also put together a few notes about some of the other things they’ve been hearing about Just Cause 3.

Cut-scenes, they say, are indeed skippable. You just have to hold B on the gamepad (or keyboard equivalent I guess), or choose “skip” from the pause menu.

The lack of a sprint or crouch function is, according to the developers, entirely intentional. You should be using the grappling hook and other traversal methods to get Rico around the place at speed. And regarding the crouch: Rico doesn’t hide (he instead takes to the skies, apparently). “Getting him up in the air is our version of the cover mechanic. Rico is far more deadly in the skies”.

Finally, they recommend bringing up the main game map if people are struggling to find stray Chaos objects.