A collection of new images from Just Cause 3 should bring back many happy memories of riding on planes with Rico Rodriguez in the prior game. The Scorpion hasn’t lost any appetite for balancing on the cockpits of fighter jets, even if he does now look less like Italian goalkeeper Gigi Buffon and more like some guy with brown hair.

Unusually for a set of screenshots, I’m not entirely sure where these have come from. They were posted on NeoGaf earlier today, but I’ve been unable to trace them back to an official site, or Facebook, or Twitter. They are very obviously from Just Cause 3 though, so I probably just missed a press release somewhere.

But enough of my sourcing woes, let’s see what activities the game will be offering later this year (you can click all of these for larger versions.) 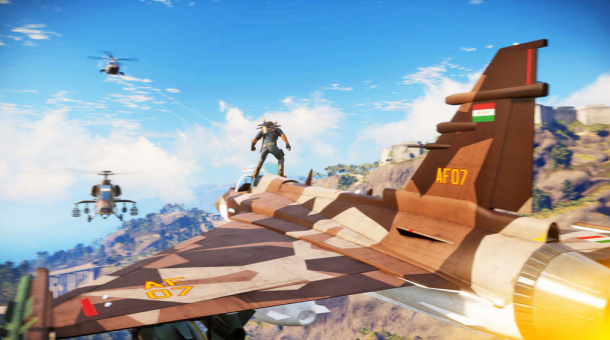 A spot of plane rodeo. 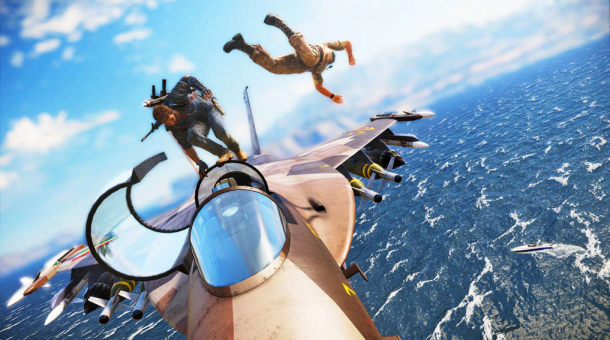 More plane rodeo, with some added dare-devil skydiving from a man who was very eager to take a swim in the ocean. 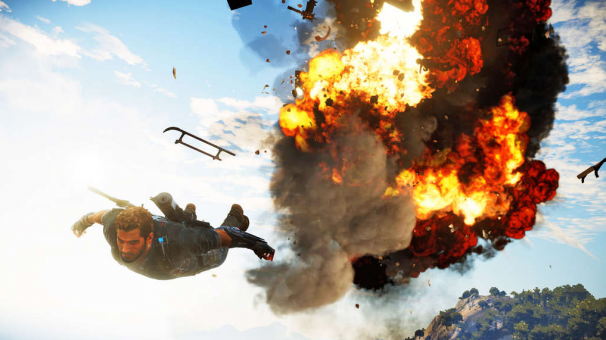 When air-based travel has outlived its usefulness, simply detonate and forget. 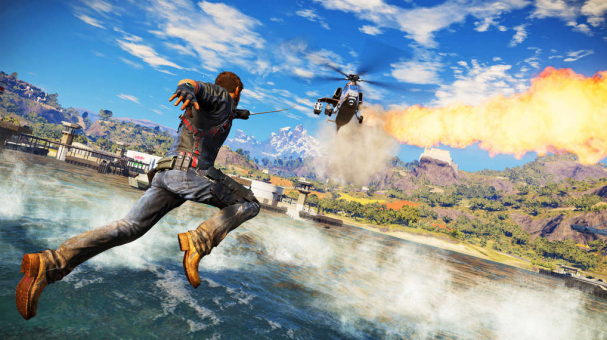 After all, there’ll be another one coming along soon enough. 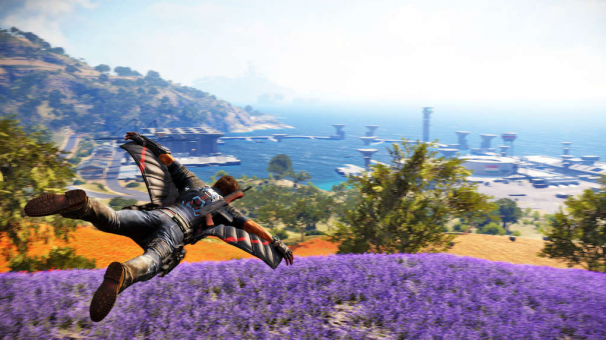 If not, just make your own mode of air transport from some left-over bits of Batman cosplay outfits. 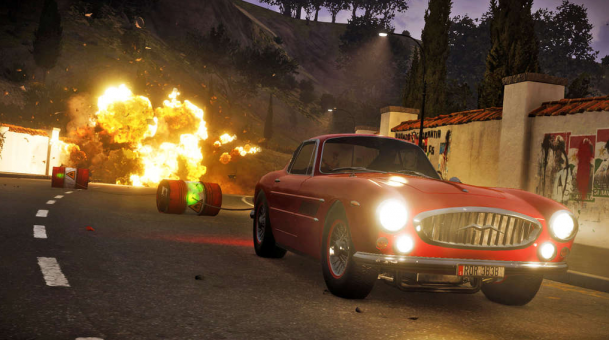 And if you’re not keen on the sky, there’s always cars. Some of which come with flaming barrels attached, apparently. 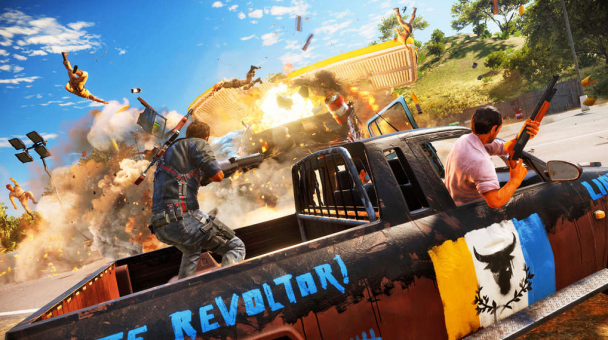 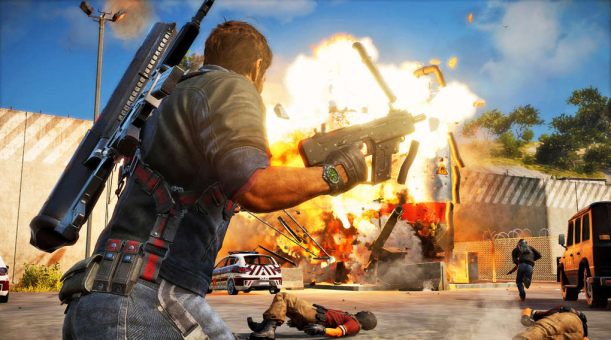 If you’re reduced to operating on foot, just get angry and blow things up until somebody agrees to give you a ride.

Just Cause 3 will be released in 2015. There were some scary rumours (backed up by old screenshots) about it being a free-to-play game full of microtransactions, but that no longer is the case.