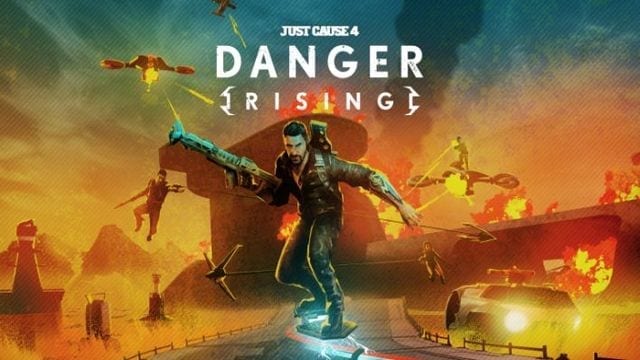 Just Cause 4 launched in December last year to a subpar reception, though we gave it a slightly above average rating in our review. Since then, Avalanche Studios has released two DLCs: Dare Devils of Destruction and Los Demonios. Just Cause 4: Danger Rising is the third and final DLC that was planned for the Expansion Pass. It will release on August 29 for PC, PlayStation 4, and Xbox One. This just might be the best DLC of the bunch, if only because it features one piece of technology that we have been envisioning since the 80s. And that’s the magical hoverboard.

Granted, the Hoverboard in Danger Rising is a prototype, but still. Rico vows to take down the Agency once he finds out they plan to eliminate him. Tom Sheldon will join you on your mission, and the duo starts by investigating a large submarine that has surfaced off the coast of Solis. You’ll have to find out whether Rico isn’t out of his depth against the Agency as he explores this submarine. You can see the trailer below for a sample of the dangers and thrills you can expect in this DLC.

Danger Rising includes 8 new missions in total, as well as multiple new weapons and vehicles that you can try in the sandbox world. You can blast enemies with the Sequoia 370 Mag-Slug or bend the laws of physics with the Stormalong Em Zero magnesis rifle. It sounds like a great package of new tools of destruction to extend the shelf life of Just Cause 4.

What do you think of Just Cause 4: Danger Rising? Is it just another DLC, or the best of the bunch? Leave your comments below!

You’ll have to wait a shade longer for XIII, as it has now been delayed