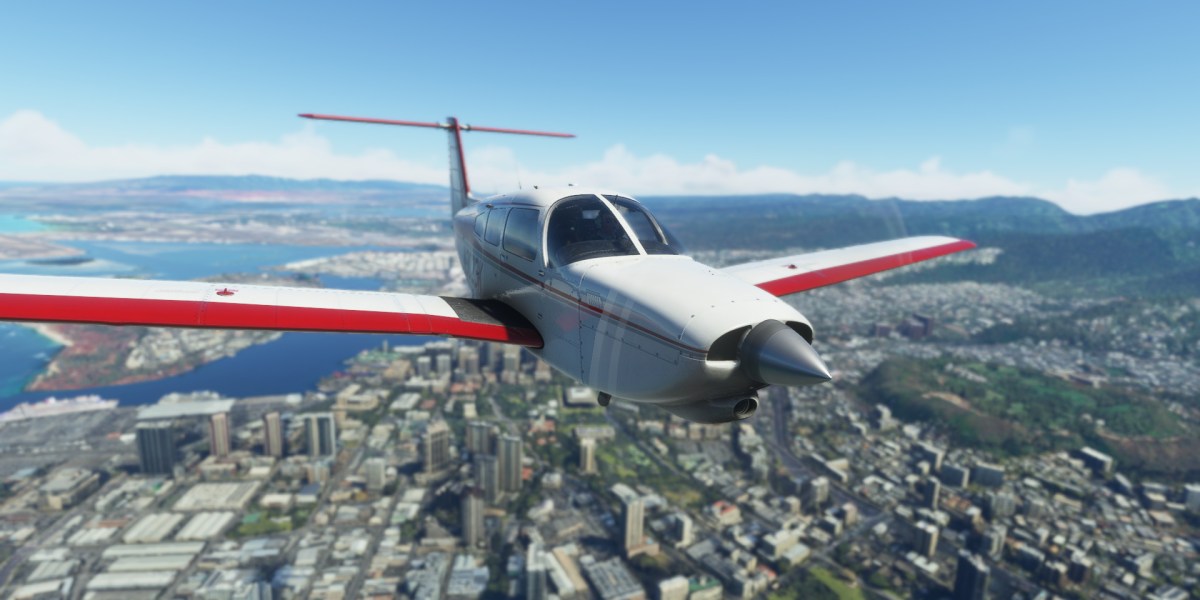 Just Flight treated Microsoft Flight Simulator fans to the Piper Arrow III, a workhorse of an aircraft, just a few weeks ago. The legend from the ’70s proved to be as decent of a cruiser in sim form as it is in real life. However, that wasn’t the only Arrow that Piper released during the ’70s. The Turbo variant of the Arrow III was launched around the same time, along with the T-tailed Turbo Arrow IV. And now, Just Flight has released the Piper Turbo Arrow III into Microsoft Flight Simulator.

I spent some time with the new turbocharged Arrow props around the virtual Hawaiian islands. After buzzing through the beautiful archipelago with these birds, along with racing the plane variants for the sake of science, I walked away yet again pleased with Just Flight’s handiwork. Of course, the real question is, are the new Turbo Arrows truly worth having over the regular one?

On paper, the differences between the regular and Turbo variants of the Piper Arrow III/IV are pretty clear to see. The Turbo Arrows have all the same stats: a cruise speed of 172 KTAS, a 20,000ft service ceiling, eight hours of endurance, and a range of 780nm.

Meanwhile, the regular Piper Arrow III cruises at 135 KTAS, can go up to only 15,000ft, has five hours of endurance, and a range of 697nm. The real question, however, is how do these numbers translate into (virtual) real-world performance? 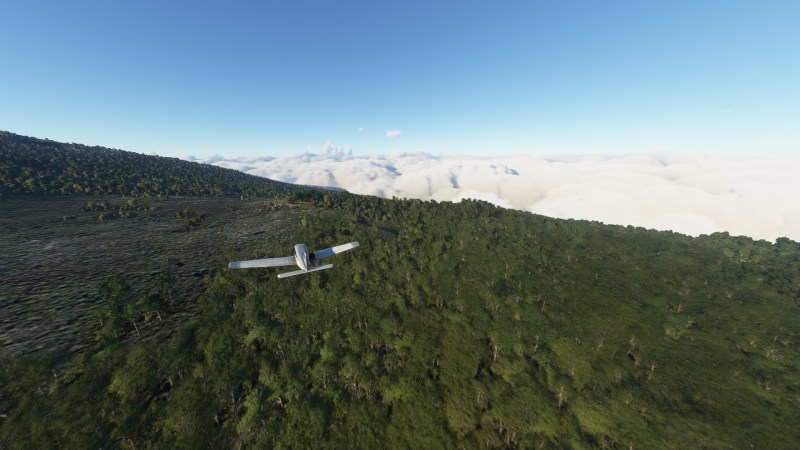 Putting it through the works

Despite the remote and difficult-to-reach nature of the Hawaiian islands, I figured the location would be a good playground for these little props. With so many small airports and a lot of natural beauties to see (I’m still talking about the islands), Hawaii is as much of a pilot’s paradise as it is a sailor’s. The archipelago’s terrain is both beautiful and challenging. Even so, the new Turbo Arrows handled it swimmingly.

With the higher-powered engines, bustling in, out, and around each of the islands took no time at all. With mountains and rolling hills being so prevalent, the air rolling over the islands can be choppy when flying low. Yet, both Turbo Arrows handled it relatively well.

It’s the presence of those same menacing mountains and volcanoes that also require very steep and high ascents to get a good view of everything. Again, the “turbo” in the Turbo Arrow proves quite useful, as the climbing ability is noticeably improved over the original Piper Arrow III from Just Flight. Considering that a lot of the peaks around Hawaii hover close to the service ceiling of the original Piper Arrow, there’s no doubt that I couldn’t push it as hard as the Turbo models. The Turbos hummed along nicely at those high altitudes (which general aviation planes don’t typically tend to fly at anyway, outside of mountainous regions or if trying to outclimb a storm).

Even after the tour flights went so well, I still wanted to verify just how much an improvement the “turbo” can make. So, with “Mo powa, babeh!” being the entire argument behind the creation of the Turbo Arrows, the only way to settle the score was with a race. 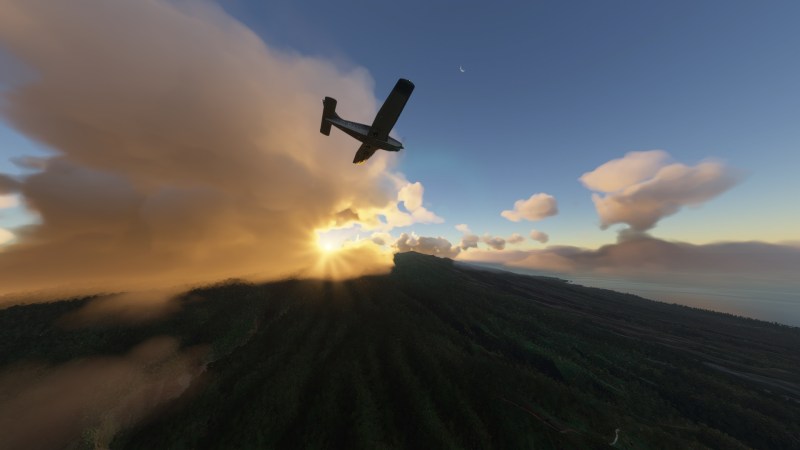 One cool thing about volcanic islands is that they almost always seem to have a round-ish shape. That made finding an impromptu circuit relatively easy. I decided the island of Lanai would be the proving ground. It’s not too big, coming to about 49.72 miles (80km) when going around the entire perimeter. And since the airport sits right at the southern corner of the island, it’s in the perfect spot for a start and finish line. Thus, I flew each aircraft (the Arrow III, Turbo Arrow III and Turbo Arrow IV) around Lanai’s perimeter, just off the coast.

Each flight was done at 1,500ft above the water, starting with 25% of fuel, and keeping the throttle and RPM levers both at 95%. I started each timer just after takeoff and stopped it when turning off onto the single taxiway that connects to the runway. So, again, a basically 50-mile circular route, at low altitude at near max power with a light aircraft and good weather. Who do you think won?

Since this isn’t a video, I can’t really do much for dramatic suspense. So, cutting right to the chase, the Turbo Arrow IV came out as the king with a time of 17:02. Following just behind it was the Turbo Arrow III at 18:10. As for the regular ole’ Arrow III, it’s time was 20:10. Three minutes behind the leader. 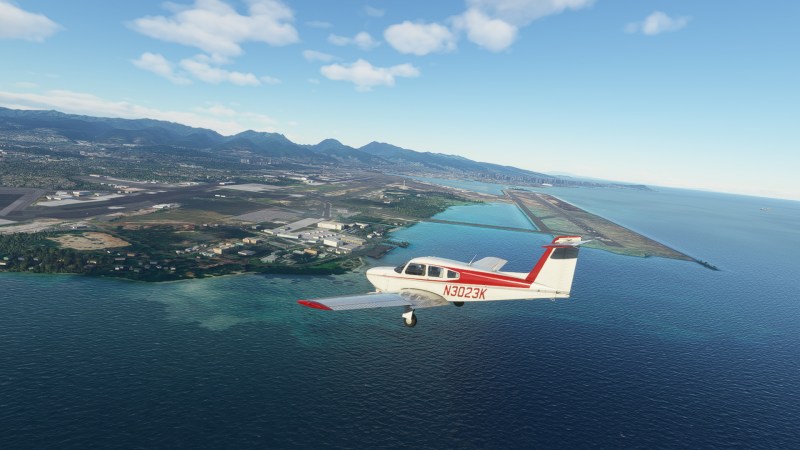 Now, taking this one very unscientific experiment at face value, the benefits of that radical “turbo!” engine seem pretty minuscule if the result between fastest and slowest is just three minutes. But, look at it another way: how would those three minutes add up over a long journey? Imagine trying to plot out a day of flying with hundreds of miles in between origin and destination, along with variables such as having to climb, dodge storms, etc. When taking all of those things into account, the Turbo Arrow III/IV is the better choice.

That said, the differences aren’t too apparent, even when flying the planes back to back. In this context, flying the Turbo Arrows feels like adding more RAM and an SSD into an aged computer. You can tell the difference, but it’s still the same computer. It can just do more stuff in less time. In areas where the Arrow struggled before, it now happily purrs along. That’s essentially the Turbo Arrow experience in a nutshell.

The avionics are mostly the same, as are the flight mechanics and features. Moving from one to the next is incredibly easy. Not to mention the only actual difference between the Turbo Arrow III and IV specifically is just the design of the vertical stabilizer (the tail). The IV’s T-shaped tail doesn’t seem to do all that much in terms of function, it just gives the plane a different look. But, I do prefer it over the standard design of the III. 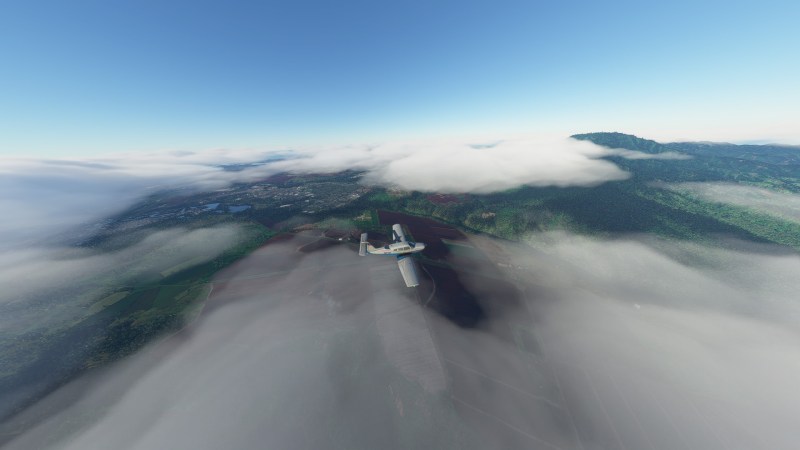 Checking all the right boxes

Knowing how strong the similarities are, Just Flight offers a noteworthy discount on the Turbo variants to existing customers of the original Piper Arrow III. But even the outright price of $44.99 USD is the same across the board. That said, if I had to pick one, it would definitely be the Turbo Arrows.

While I do want to use the original Arrow III more, I struggle to find it interesting due to its slower speed compared to other planes in the sim like the Beechcraft Bonanza. As such, the Turbo Arrows offer a decent alternative for whenever the default props get boring. 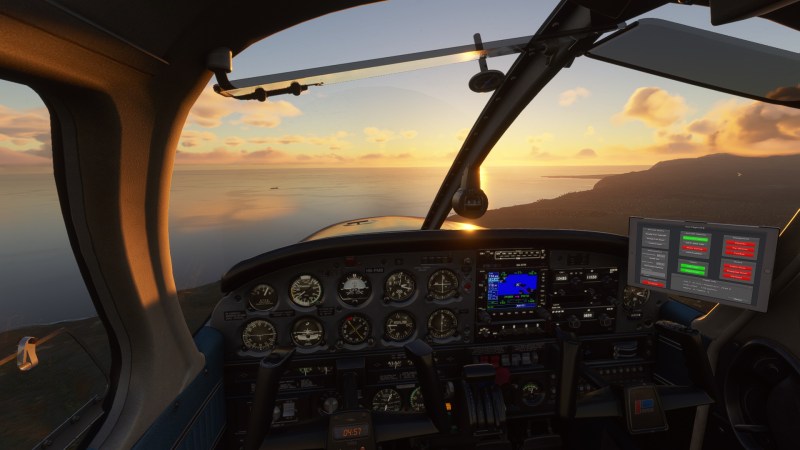