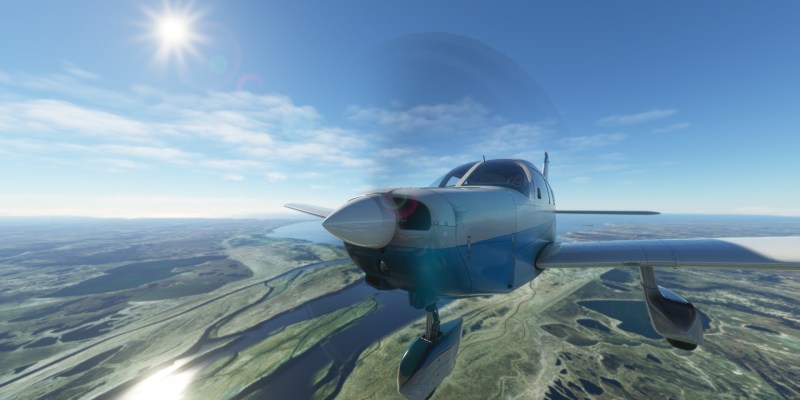 Just Flight’s collection of general aviation props for Microsoft Flight Simulator has grown by one with the recent release of the Piper Warrior II. Following the Arrow III and Turbo Arrow III/IV from a few months back, the Warrior II is part of the same family of small tricycle-gear props.

With avionics and capabilities similar to that of the regular Arrow III, the Warrior II provided a familiar but still somewhat unique experience as I took it through the wild backcountry of virtual Alaska. Seeing that I enjoyed my time with Just Flight’s other Piper aircraft, I already had high hopes for this little guy. Thankfully, it didn’t let me down.

The Piper Warrior II was built in the 1970s, making it yet another prop from long ago. But, just like the Arrows, its age hasn’t caught up to it. With over 5000 aircrafts built, there are still many Warrior II’s puttering around the skies of the real world. Having now enjoyed many hours with it here in Microsoft Flight Simulator, I can see why it’s still such a common prop. 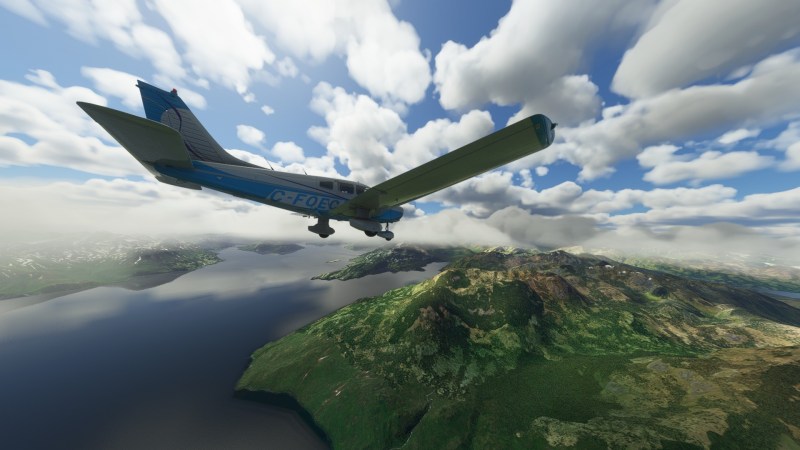 This is a very simple aircraft in every regard. From its size and speed to the maneuverability and avionics; it’s all just “standard.” But, that’s not a bad thing at all. The Warrior II isn’t as fancy as a TBM 930, or even a Bonanza. Like the Arrows, it has a certain charm that makes it a joy to fly in and out of small airports. I just so happened to be on an Alaskan tour by the time I acquired this aircraft, so I’ve been able to put it through its paces. Alaska is a very rugged state with vast miles of open forests, monumental mountains, winding serpentines of rivers, and beautiful lakes. While it does look gorgeous from 20,000+ feet, smaller aircraft like the Warrior II allow you to get up close and personal with the intimidating landscape. Certainly, it’s been a treat.

The Warrior II is only capable of cruising at around 110 knots, making it more of a low-end aircraft. Still, this isn’t as slow as some other aircraft in the sim, so I didn’t mind taking it on slightly longer stretches of flight. Due to its small size, low speed, and wide wings, it can land on and take off from short strips with relative ease. Again, for a place like Alaska with a lot of tiny minor airports dotted around, the Warrior II felt like a solid choice.

The bells and whistles

Considering its age, its avionics are similarly primitive to that of the Arrow family. Thankfully, the Warrior II comes outfitted with a decent GPS system that, while not ultra modern, certainly does the job. Just Flight has also included another EFB module, which sits right next to the GPS. From here, different features of the aircraft can be quickly toggled, like immediately getting it set-up for take-off or a full shutdown, enabling ground equipment, changing the GPS unit, and more.

The Warrior II also has an autopilot system. It has the basics, such as holding the plane’s heading and letting it follow a GPS route. However, it does lack an altitude hold feature, something that both of the Arrows do have. This isn’t much of an issue, though. After properly trimming the elevators, the aircraft did a surprisingly great job at keeping itself stable. I noticed the altitude shifting by a few dozen feet up and down, but by and large, it remained consistent. Only unstable wind seemed to really affect that aspect of the plane’s performance. 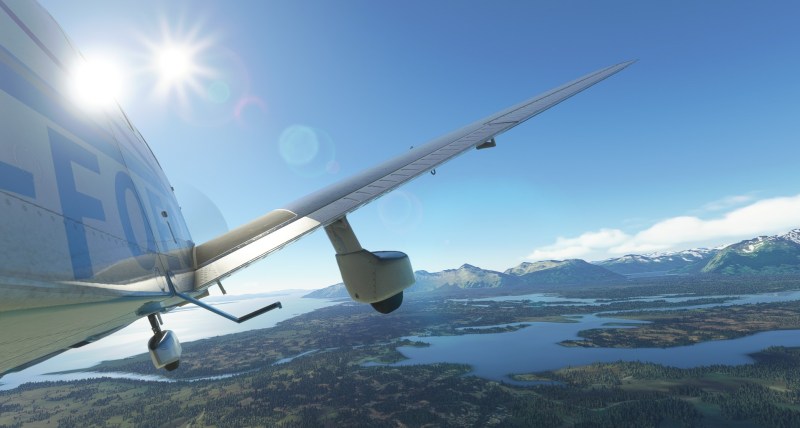 Speaking of which, Alaska has some pretty wild weather, especially in the north and central regions. Yet, the Warrior II fared well. It could even climb steadily and stay above the tall mountains and volcanoes that fill Alaska’s landscape. For a piston engine prop, and a small one at that, this is a commendable feat.

The icing on the cake is that the Warrior II continues Just Flight’s trend of producing beautifully modeled aircraft. Both its interior and exterior are well designed with high-quality textures. However, I’m not sure if my eyes are just being picky, but I noticed the exterior textures seemed just a smidge less impressive than the default planes. But again, that might just be me. It’s still well made nonetheless and makes good use of Microsoft Flight Simulator’s suite of intense graphical effects. The one true oddity is that it takes slightly longer to load into a new flight compared to the default planes. I’m not quite sure why this is the case, however. The difference isn’t huge per-say, but was still noticeable on my end. One of the family

With all of its similarities to the Arrow family, already owning either of the two aforementioned Just Flight releases already may very well dilute the charm of the Warrior II. So, I’d say acquire it on an either or basis. That said, the Turbo variants of the Arrow are considerably faster than the Warrior II. Thus, if speed is still a factor, then those planes from Just Flight are the superior choice. If you don’t mind something that’s even slower but can better handle rugged missions, then Carenado’s C170B might be worth looking at.

To sum it up, Just Flight’s Piper Warrior II for Microsoft Flight Simulator is a great little backcountry prop to have in the hangar. If you’re a fan of such aircraft, then I’d say it’s a no-brainer to pick up. 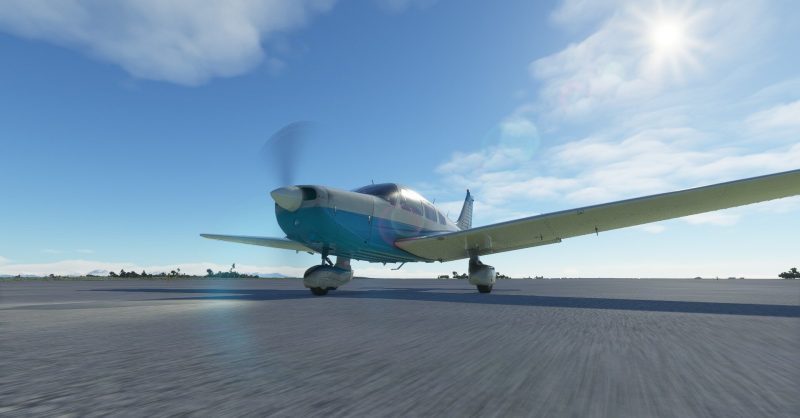 The Ascent developers are working to fix the Game Pass version

By Martynas Klimas13 hours ago
Features