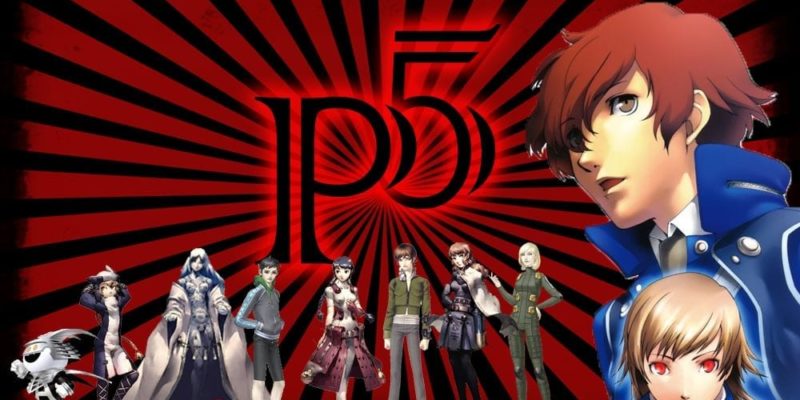 The Official Persona Magazine has some Q&A with Persona Series Director Katsura Hashino, and it has been translated  from Japanese to English in on funstock.co.uk.  Persona 5  developed by Atlus and the 5th game in the Shin Megami Tensei: Persona series is expected to release this Winter in Japan and 2015 in North America.

Persona 5 is a game about freedom

“In today’s world there’s no shortage of people that are bored or discontent with their lives. They’re at a dead end, chained down to a world which they resent being a part. Persona 5, in that sense, is a game about freedom.”

The shackles are a motif for the game

“They naturally represent the idea of a person’s immobility, of being unable to move ahead from their current position in life… the also simultaneously represent our intent to make a game where the players can actually take the next step and move forward”

“For Persona 3 we went with blue, with Persona 4 we opted for yellow so this time we’re painting the world red. That said, red can be a pretty hard colour on the eyes… so we’re making the interface visually palatable.”

Persona 5 will be more approachable than previous games

“The characters…are out to destroy that which suffocates people in today’s society… I want players to come away from this game feeling they have the power to take on the world around them.”