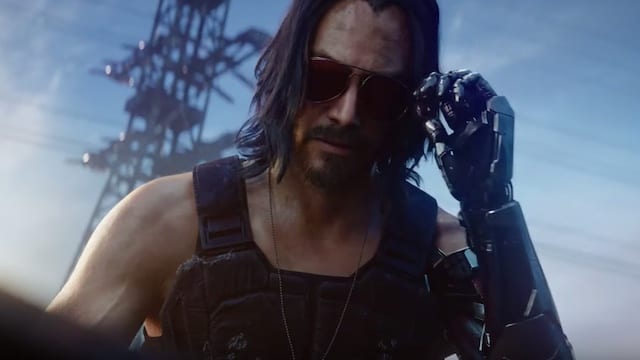 Fans of CD Projekt Red got a shock to the system earlier this year when Keanu Reeves was announced for Cyberpunk 2077. And to further solidify the announcement, Reeves came out on the Xbox stage and told everyone how breathtaking they are. But here’s the real breathtaking truth — there’s a lot of him in the game.

This comes from a report filed by TGCOM 24 journalist Gian Luca Rocco. In it, he spoke with Italian dub actor Luca Ward, who consistently covers work for Reeves. According to them, Keanu Reeves enjoyed playing the role of Johnny Silverhand so much, he asked for an expansion of the role.

Per the actor, Reeves asked for his “screen time” with the character to double, and CD Projekt Red complied. After all, who doesn’t want more Keanu Reeves for their product?

Though neither the developer nor Reeves has officially said anything on the matter, it’s a win-win for both parties. Reeves gets to provide fans more of a fun performance with Silverhand. And, of course, CD Projekt Red gets to focus on one of the game’s more compelling characters.

The extent to which Silverhand will appear in Cyberpunk 2077 is unknown at the moment. But with the game nearing its release date, it won’t be too much longer before fans find out.

The E3 trailer (below) provided us a little morsel of what we can expect from Silverhand. He’s definitely got some attitude, demanding that the “samurai” wake up, since they’ve got work to do. Having more of this is definitely going to be a good thing for the game.

Cyberpunk 2077 currently has a release date of April 16, 2020. There’s always a slight chance it could see a delay, but with CD Projekt Red’s effort going so well, it might just release on time. No one likes a delayed Keanu.

Diablo IV – Everything we know so far

Everspace 2 reaches Kickstarter goal with a few hours to spare