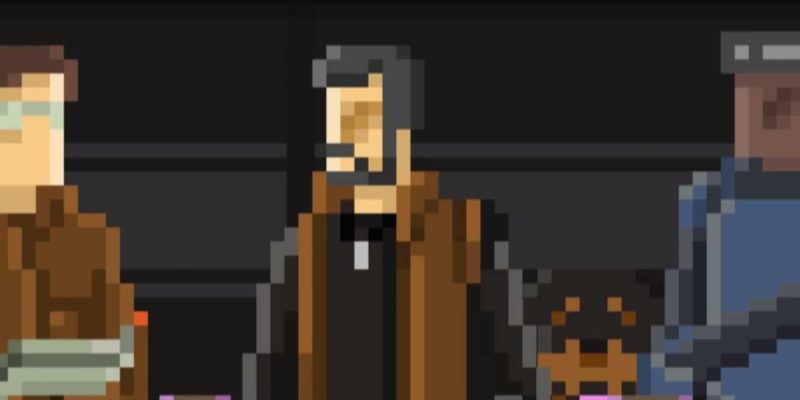 I don’t know if you played Gods Will Be Watching, Deconstructeam’s excellent entry into the make-a-game-in-72-hours Ludum Dare #26 competition, but you probably should’ve done so (and, if not, you can rectify that for free by clicking here). It cast players as the aptly named Sergeant Burden, who had to keep himself and his crew alive on a hostile alien world with very limited resources. Sure, you can use your valuable ammo to go hunting for food, but wouldn’t it be quicker and easier to just kill and eat the psychiatrist? She’s depressed anyway, and there’s no-one around to judge you. But can you live with that?

Deconstructeam wants to expand on the game’s morality puzzling, and to that end they’ve started an IndieGogo crowdfunding project. If they raise the relatively small amount of €8,000 (about £7,000 or $10,500) then they’ll be able to make a vastly expanded version with six different horrible situations – each with their own mechanics, like controlling a hostage situation – as well as cinematics, a big soundtrack, a list of challenges to encourage playing in different ways, and – most interestingly – an “Empathy System”, with the player’s actions affecting the attitude of the entire group. Or “better AI”, if you like boring descriptions.

Go read up on it here, and consider chucking them a few quid. They aren’t asking for much, and Gods Will Be Watching was rather impressive for the amount of time spent building it. I’m looking forward to seeing how it’ll be expanded on given a larger development cycle.

State of Decay: Older versions of Windows will be supported