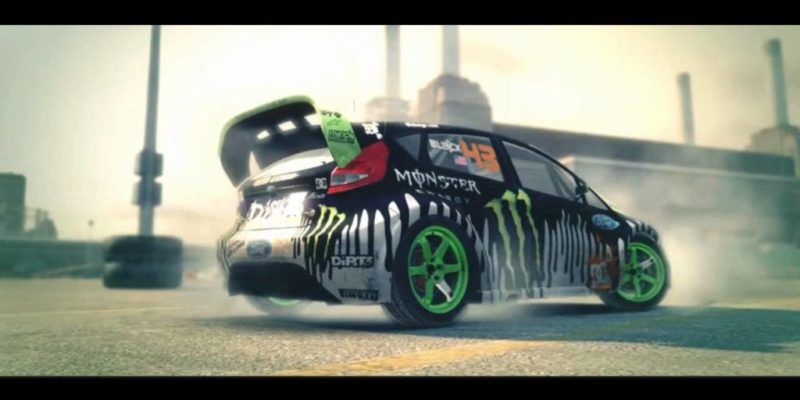 Codemasters and Ken Block put on a show at Battersea Power Station this week to promote DiRT3.
If you’ve ever watched any of Ken Block’s Youtube videos then you’ll know he’s a pretty mental driver. Ken has pioneered the concept of ‘Gymkhana’ freestyle driving and he’ll be at Battersea taking part in a massive stunt and obstacle course to help promote the new title.

Ken plans to recreate a sequence from theupcoming Codies title which features Battersea Power Station.
“It’s an incredible opportunity and an absolute first for me to run a Gymkhana-style course in the heart of London. Using Battersea Power Station as the venue totally came out of DiRT 3’s game design and makes for a brilliant backdrop,” says Ken Block. “DiRT 3’s proving such an inspiration, and obviously I’m stoked about the game’s Gymkhana content. It’s the first time where a driving game isn’t demanding I drive a specific way, it lets me hoon around the way I want. It’s something I’ve always wanted to be able to do in a game.”
DiRT 3 will be coming to PC, 360 and PS3 on 24 May.