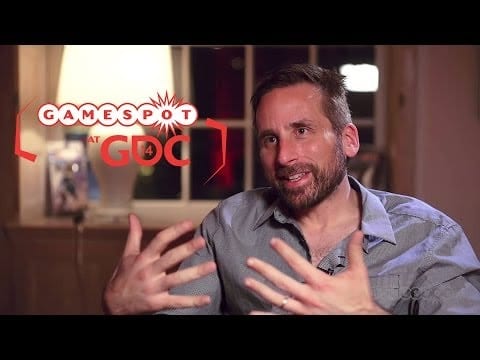 Ken Levine has spent the day mentioning one or two things relating to his next game project on twitter, which is obviously enough information to turn into news.

After the initial closure of Irrational Games in February 2014 (they began hiring again in November 2014,) Levine and a small team remained with 2K to pursue a new game project.

Perhaps of most importance, given that this is a PC site, Levine has stated that so far development has just our platform in mind:

RT @TheOmnomnomicon: @IGLevine Strictly being developed for PC release or multi-platform? –As of now, developing for pc.

He also says that, at the moment, there’s a sci-fi ish flavour. Can you tell that this game is quite early in development?

RT @Trey_Tice: give us a hint as to what this setting is? Or is that confidential? –We're playing with something sci fi. Or sci-fi ish.

“Formalism” (in a Kubrick/Wes Anderson sense) is cited as an influence too, if you can figure out what that might mean.

RT @No0nelmportant: movies that inspired this project? –Stylistically, yes. Been looking at formalism a la Kubrick and Wes Anderson.

At various other points he rules out a “Telltale games style” and points people towards the impressions piece he wrote about the player-driven narrative of Shadow of Mordor. He was impressed by the manner in which that game handed players the narrative reins in terms of how to dispatch the various Orc war-chiefs.

Apparently this game will not be shown at E3, because “that’s not the way we want to share it with people.”

For a more tangible idea of the sorts of design structures Levine is currently interested in, it’s worth watching his “Narrative Legos” talk from GDC 2014.