Seemingly overnight, Kickstarter has become a phenomenon within the gaming community, with some projects raising hundreds of thousands of dollars. This probably is not about to replace the traditional publishing model any time soon, but it has been a very good outlet from which smaller devs can get funding. The only problem is, when you have the fans, which can number in the hundreds of thousands, funding your game; doesn’t that mean that there are hundreds of thousands of different interpretations of your proposal as well?

Peter Molyneux’s Fable is the perfect example of what can happen to your image and integrity when you don’t deliver what you put on the menu. Fable was a great game, but since Molyneux spent months talking about how you could raise a family in the game (among other things) and then failed to deliver on that promise, the gaming public responded with vitriol. It wasn’t about how good the game turned out, despite what was missing, it was about what was promised and then not provided.

What could happen to fan funded video games if, say, Doublefine Adventure doesn’t quite meet the expectations of the people that helped fund their game? Doublefine does say on the page that they are going to be completely transparent with the development process, but that may not matter if there are disgruntled contributors. 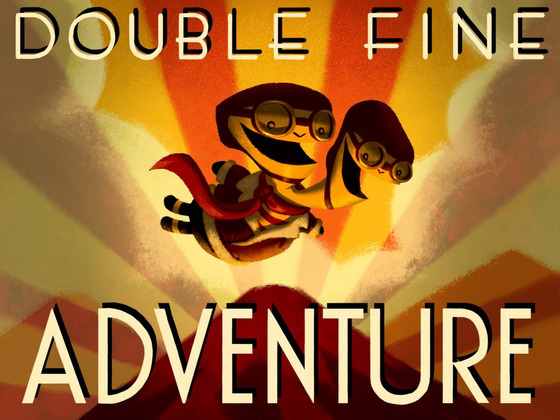 We're counting on you...

The problem here is that you can’t please everybody. Whereas you only have to really answer to one source when working under a big publisher, with a Kickstarter, there are thousands more. Think about the ending to Mass Effect 3 if you want an idea of how polarizing the gaming community can be. When making these games, these devs are going to want to outline exactly what the game will be about, exactly what they plan on putting in it, and exactly what the people helping fund it are going to expect. Not everyone is going to be pissed if the game isn’t exactly what they were expecting (note the ME3 ending again), but the displeased few seem to be far more vocal than the contented masses. Want proof? Go to any message board concerning the Call of Duty franchise.

It should be noted that Kickstarter is not only there for video games, a quick look at the front page reveals that it is there to help fund projects ranging from dance performances all the way to Hexy the Hexapod – the Low-Cost Six-Legged Open Robot. It is not Kickstarter here that is counting on these devs to deliver, they’ll be fine. What is on the line, however, is the future of crowd-sourced games. I don’t condone it, but the gaming community can get very testy when things do not live up to their expectations, and Kickstarter projects could very well be the easiest targets for this type of criticism.

These seem to be (we haven’t seen any finished products yet) a great outlet for smaller teams of highly creative minds to do what they do best without clueless CEO’s breathing down their necks every second. We may not see anything like this ever again, however, if the first few products leave a bad impression (even if they are good). The importance of nailing anything like this in its infancy cannot be overstated. So please, developers, be smart about how you are going to present your project if you are going to ask for handouts to fund it. Be clear, be specific, and most importantly, be transparent…the future of the indie scene would be very thankful.