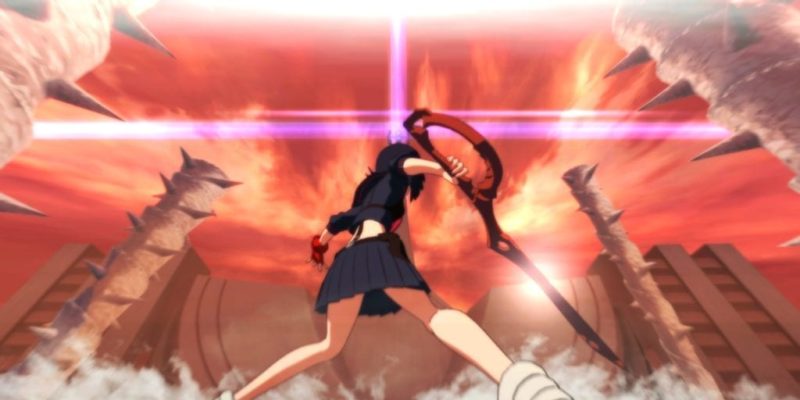 I present to you a list of all the good bits of the PC port of KILL la KILL – IF, the new anime fighting thingy from Arc System Works: It runs at 60 FPS. You can redefine the keyboard controls. It’s not even remotely system-intensive.

For all the things it does poorly, read on. 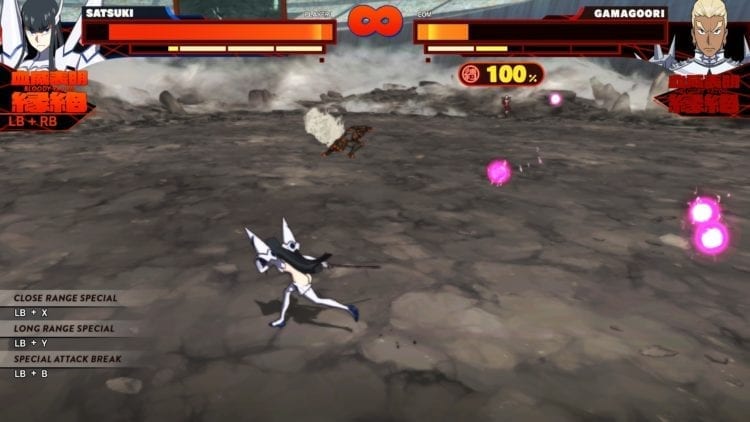 As is tradition, we’ll start off by looking at how it runs. Considering the absurdly low system requirements, it’s not a surprise that it runs just fine.

So hey, the specs are incredibly low, and Kill la Kill If (as I’ll refer to it from now on) will probably run on a potato. Or, if not, then a toaster.

Unfortunately, those incredibly low minimum specs are indicative of a few other things.

The options have been Kill la Killed

With specs like that, you’re probably not expecting a huge amount of graphical options. Then again, those are the minimum specs, so Kill La Kill If may just be incredibly scalable. Right? Please?

No, it’s not. Here are your graphical options. 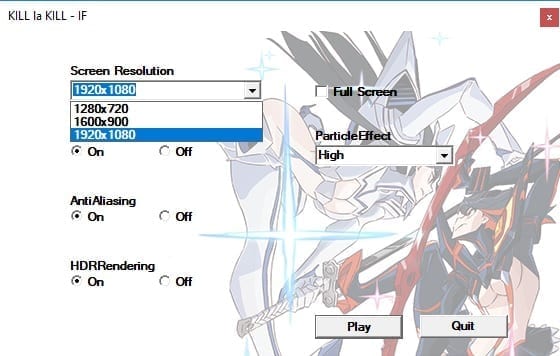 Yes, the max resolution is 1920×1080, so that’s a bit of a problem if you have a larger monitor and want to play fullscreen. The option covered by the dropdown box is “Shadows,” which means that your options are Shadows On/Off, Anti-Aliasing On/Off, HDR Rendering On/Off, and Particle Effects High/Medium/Low.

Again, the plus side of this is that the game runs at 60 FPS regardless of what I do. The downside is that it… really doesn’t look good no matter what. The characters generally look alright, but that’s about the highest praise I can offer.

Being an arena fighting game it’s hard to get direct comparison screenshots, but you can see a few high/low ones below. 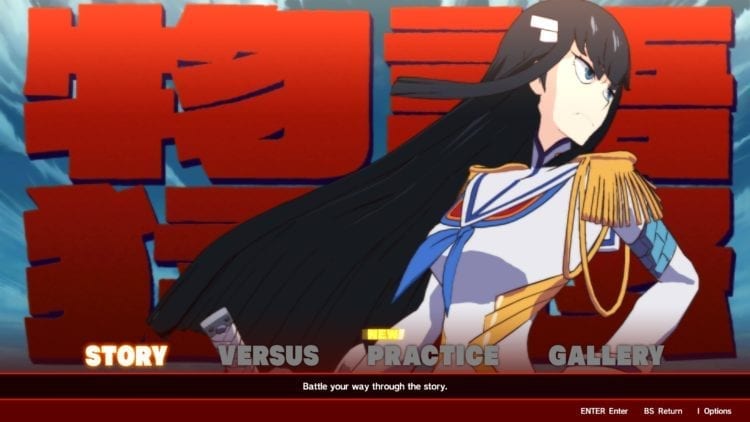 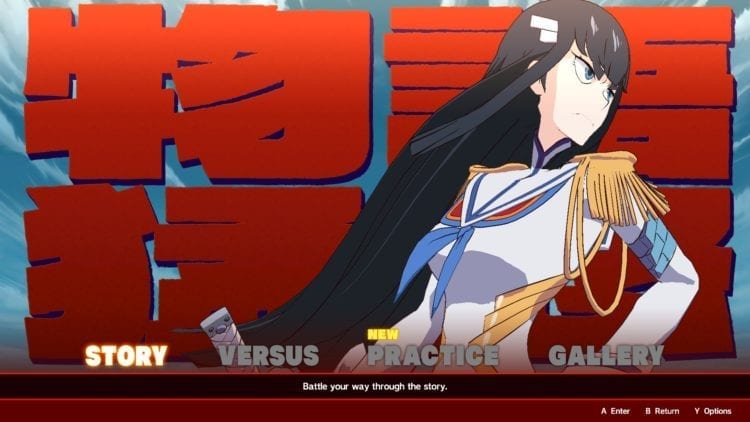 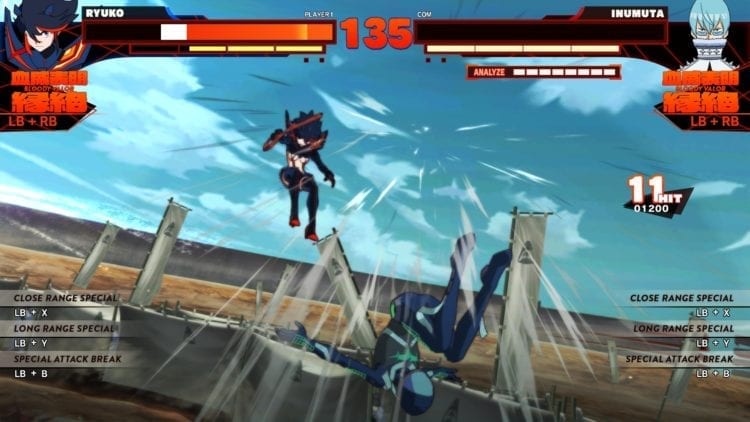 Some combat action on high. 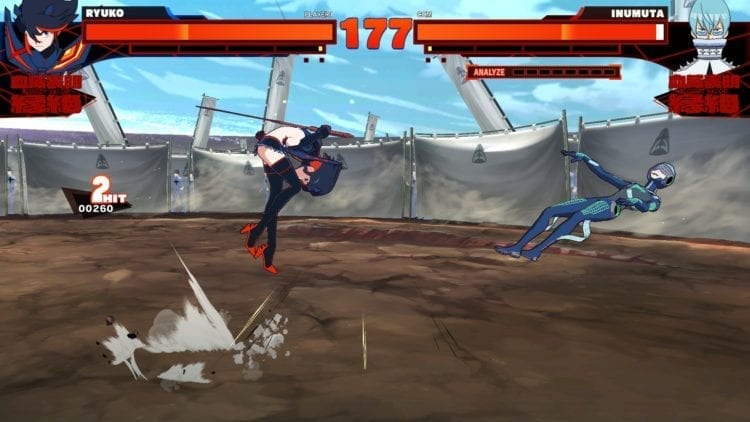 Some… different combat action on low. 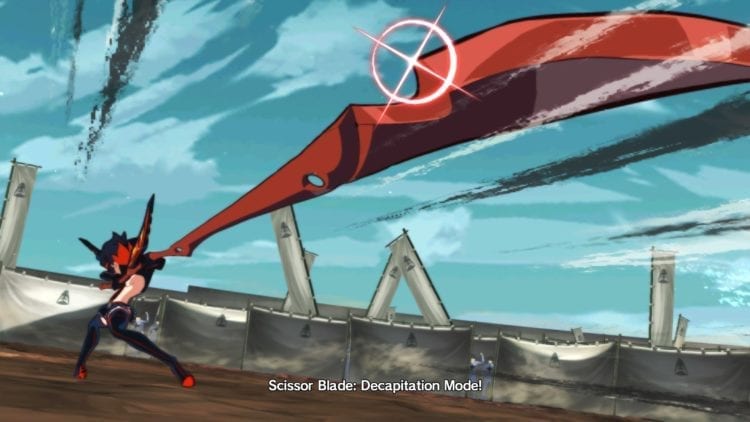 A flashy stance on high. 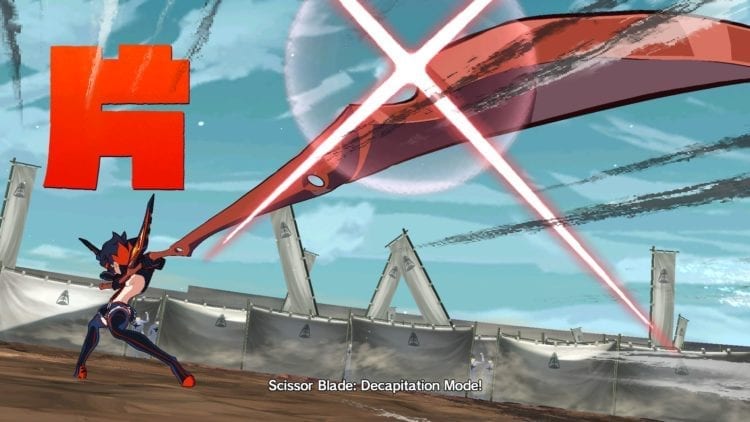 A flashy stance on low. 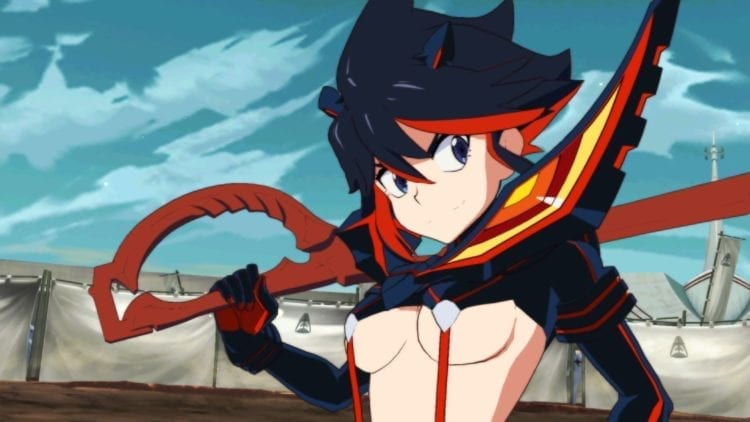 A victory stance on high. 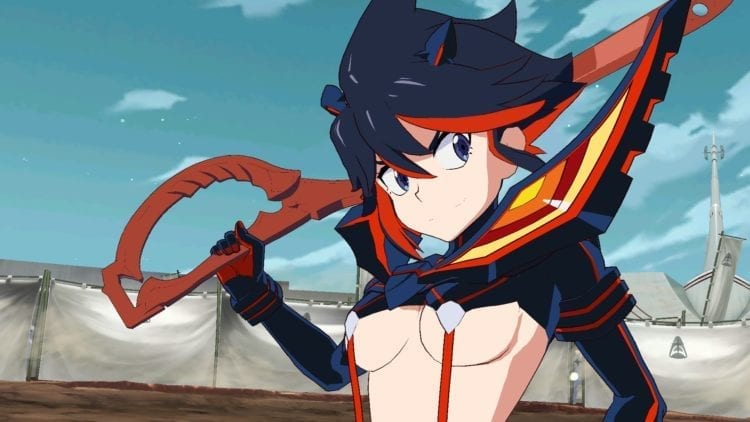 A victory stance on low.

What you can’t see is the animation. I’m not sure if it’s an artifact of the game running at 60 FPS (probably not, as I believe the PS4 version is the same), but Kill La Kill‘s animation is… odd. Character movements, in particular, just don’t look right: There’s a weird pacing issue between the running animations and the actual distance they travel, so characters almost seem to be gliding weirdly along the floor while their legs move at an unrelated rate. Lip-syncing barely matches the things characters say. Not only that, but the actual arenas are dull and uninteresting at best. Considering the bright and flashy weirdness of the source material, the poor aesthetics are quite a disappointment. 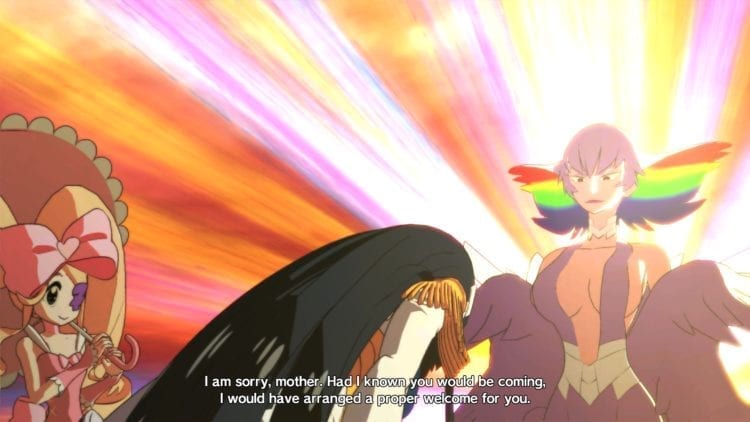 Even when Kill La Kill If manages a splash of color, things manage to look somewhat off.

Control-wise, you want a gamepad – but that shouldn’t come as any surprise for a fighting game. You can theoretically play this on a keyboard, though. Analog controls are fairly pointless here: There’s no camera control, and there’s only one movement speed. And hey, you can redefine keys.

The controls are simple enough, at least. If you’ve played a simple arena fighter before, (Think the Naruto: Ultimate Ninja Storm series.) then this is along the same lines, albeit even simpler. You’ve got a melee button, a ranged button, a guard break button, and a modifier that lets you do super attacks. No convoluted inputs required, though – surprisingly for an Arc System Works game – there doesn’t seem to be a great deal of depth here.

That’s a hard judgment call to make right now, mind you. I’ve only played this to test out the PC version rather than to review the game itself, so it’s possible there’s a lot more to it than I’ve seen.

The Grand Couturier would be disappointed 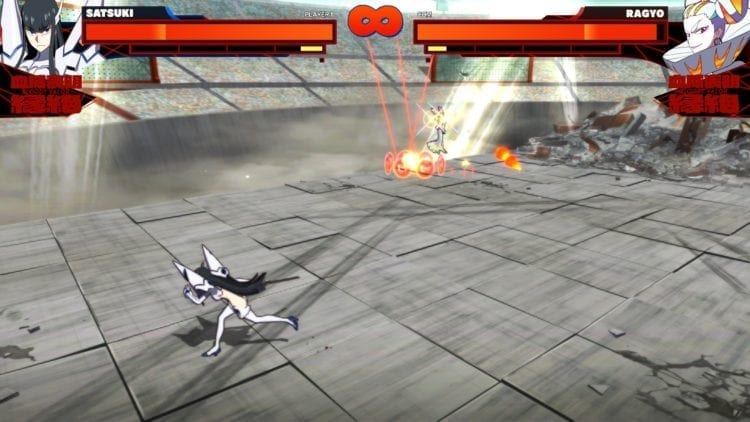 Moving past the controls, though, the visuals aren’t the only area that’s left feeling unpolished. Indeed, the entire game feels that way. The subtitle text flickers regularly. Voice clips in battle stop and start unnaturally, most noticeably when hitting an enemy with a combo. One opponent shouts “kuso” on taking a hit, which is fine in principle. In practice, the opponent says it every time you hit them. Including every hit of a combo. Which means that you get a “Ku-kus-kus-ku-kuso” shout with a five-hit combo.

There are loads of little things like this that just drag Kill La Kill If down a huge amount. It simply doesn’t feel like a polished, finished product; it’s one in need of a huge amount of further refinement and care. Considering the potential here – an official what-if scenario exploring how things could have gone – that’s a little bit crushing if you have any love for the source material. 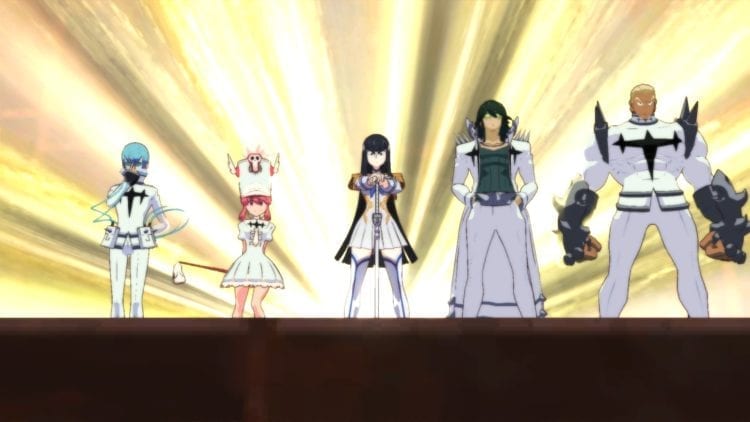 Kill La Kill If isn’t the worst port I’ve ever seen. Some games have managed to bring shovels to already low bars of port expectations, and this isn’t nearly that bad. But just because it’s not one of the worst doesn’t mean it’s good.

It’s sloppy, frankly. There’s little scalability on offer, no support for resolutions above 1080p, and it’s full of little niggling issues that just drag it down a little bit more every couple of minutes. I can’t say I’m thrilled with the gameplay I’ve seen – my initial impressions are that Kill La Kill If is a shallow and aesthetically drab arena fighting game with eight characters and two character variants – but even were I gobsmacked by the way it played, I’d have a hard time recommending this particular version to even the most fervent of Kill La Kill fans.

Alas, on PC at least, you’re probably going to want to pass on this one. Satsuki Kiryuin’s tale might be a fascinating one, but this really isn’t a good way to unravel those threads.