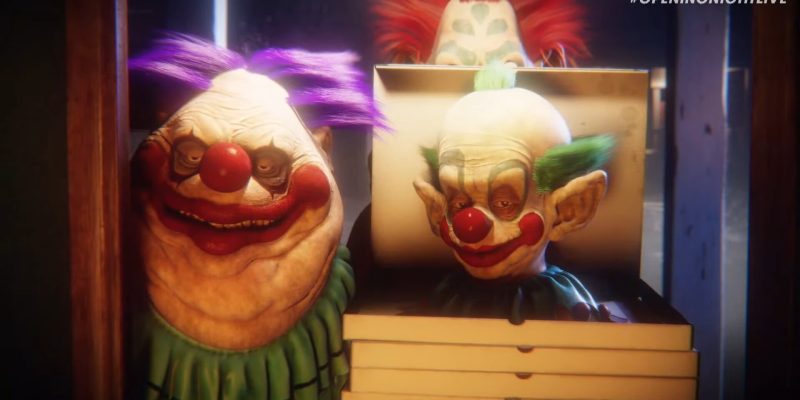 The game is described as an “asymmetrical multiplayer horror based on the iconic 80s film” and will feature a battle between the Killer Klowns and the citizens of Crescent Cove. A team of three players will make up Killer Klowns and they will utilize fantastically crazy abilities and weapons. Meanwhile, the humans will be comprised of seven players who will need to pick a class, explore the city for loot and weapons, and avoid getting demolished by the true heroes of the game: the Klowns.

This is certainly a game that exists will continue to exist through post-launch support and a detailed level-up system. You’ll be able to choose from five different and unique Klowns, each with their own special abilities. Utilize special weapons like the Popcorn Gun, hamburgers, hammers, and hopefully some boxing gloves. The game will also feature different maps straight from the film, although newer maps will release during later seasons of the game.

For more information about the game, you can check out the official website. Killer Klowns From Outer Space: The Game has an early 2023 release window, and you can wishlist it early on Steam. Be sure to check out the zany gameplay trailer to prepare yourself for what’s to come. The Klowns are here!

The Expanse: A Telltale Series gets an exclusive first-look trailer

By Martynas Klimas4 hours ago
Previews